His body was found in a ditch just a week before, on April 2, not far from the high school where he was a freshman. “The boy they called Junior woke up early Thursday and wrote a note saying he was going for a walk and would be back soon. Minutes later, he killed himself with a gun he’d borrowed from a friend to protect his family from students at McKinney Boyd High School who harassed him, his family said,” according to a Dallas Morning News report. 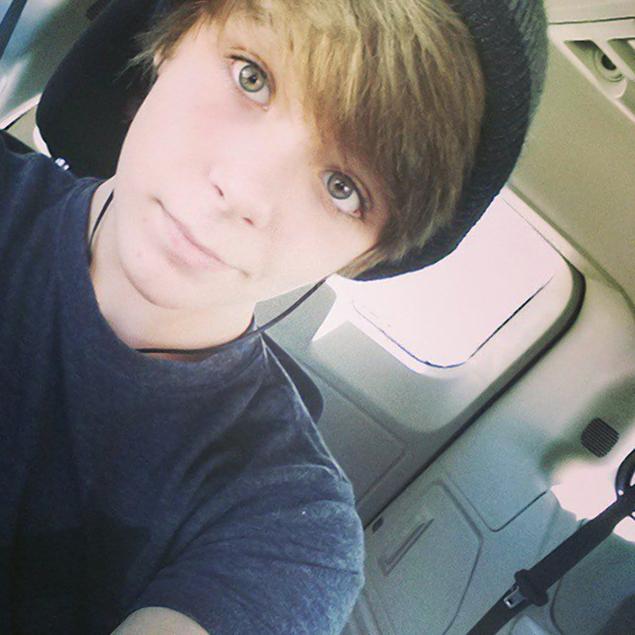 Howell’s family told WFAA-8 that their son had been bullied “so badly that he wanted to switch schools.” The family resides in McKinney, the Dallas suburb that Money magazine named its 2014 Best Place to Live.

The McKinney Independent School District (ISD) claimed Howell never reported being bullied. On their website, they stated, “The District has investigated this matter extensively, including interviews with counselors, staff and students. While we have not identified any reports of bullying preceding this loss, we will continue to work diligently in search of information or signs that could have helped to prevent such a tragedy.”

One of Howell’s sisters said, “They recorded the video of my little brother being beat up and they posted it on Twitter and he got laughed at,” said one of his sisters, who did not want to be publicly named. “Then he got in this other fight and they posted that on Twitter, too.”

She said school officials were aware of the fights. “He told them he was bullied and he was just protecting himself,” she said. “He told them the only reason he hit back was because he had been beat up before.”

Both boys were suspended for three days, the sister said.

Some of the parents participating in the rally believed it was a call-to-action, to raise more awareness to the problem of bullying, CBS DFW reported.  A second rally is scheduled on Friday, April 10, outside of the high school.

Seventeen-year-old Jordan Sharifi, also a McKinney Boyd student, was the boy who allegedly gave Howell the gun. He was arrested on April 6 and has been charged with theft of the firearm, with making a firearm accessible to a child, tampering with or fabricating physical evidence in Howell’s death, and with giving the stolen gun to Howell. Police said that Sharifi was the one who found Howell’s body. The gun was underneath the boy’s body initially. Sharifi allegedly hid the weapon from investigators, according to CBS DFW.

Varying approaches of how to fix the bullying problem manifested at the rally. Mothers Opposing Bullying founder Belinda Ramsey told CBS DFW she was working with legislators to draft a new law that would take bullying out of the schools and put it into the courtrooms by criminalizing the behavior.

“As a school, they should be thrilled. They should embrace this. This takes away what they’re afraid of — lawsuits,” Ramsey said.

However, Breitbart Texas has repeatedly reported on how schools are overly transforming minors’ behaviors into crimes that contribute far more to the well-being of the juvenile court and school-to-prison pipeline systems than it does to the welfare of the youngsters.

In Texas, minors can be charged with juvenile versions of Class A, B, and C misdemeanors based on the sliding spectrum of alleged wrong-doing. Breitbart Texas previously reported about a 10-year-old boy who had no criminal record. A county district attorney was mulling over slapping him with Class A misdemeanor assault charges following a driveway scuffle with a neighborhood kid.

No Bullying in School founder Claudia Corral was also at the rally, according to CBS DFW.  She opposed Ramsey’s methods, offering “education” as a better way to help the victim and the perpetrator.

“Imagine if I call a child a bully, and I label you a bully, and you’re in school. By the time you get to high school, college, that will follow you,” Corral said.

It already does. Breitbart Texas reported that even with Class C misdemeanor, crimes like truancy, there are records, and if they are not sealed and expunged, they will follow a student well into adult life.

“Politics are not going to bring back Raymond Howell,” Corral added.

Sadly, bullying and suicide go hand in hand.  Bullies are not always only minors. Wright’s Law, an advocacy site for special needs children, and Bullying Statistics  acknowledge that adults, and sometimes even teachers, bully or are bullied, too.

Earlier this year, Breitbart Texas reported on 13-year-old Peyton James, another unimaginable suicide that followed years of torment and bullying by peers and classmates.

Barely a week before Howell took his life, on Saturday, March 28, another McKinney boy, 14-year-0ld Jack Rohwer, committed suicide following his junior varsity ice hockey game. He was a student at the nearby Prosper High School. The Dallas Morning News reported that details about the teen’s death were unavailable and his family could not be reached for comment.