The largest peace time military training operation in the U.S. since the 1950’s starts in July, and one city in west Texas is welcoming them with open arms. “Jade Helm 15” is the exercise, and it’s being planned and executed by The Army Special Operations Command.

The Internet has been blowing up with every idea under the sun for the timing and location of the exercise. Conspiracy theories abound, but one city in west Texas is ready for the Army to come to their town. 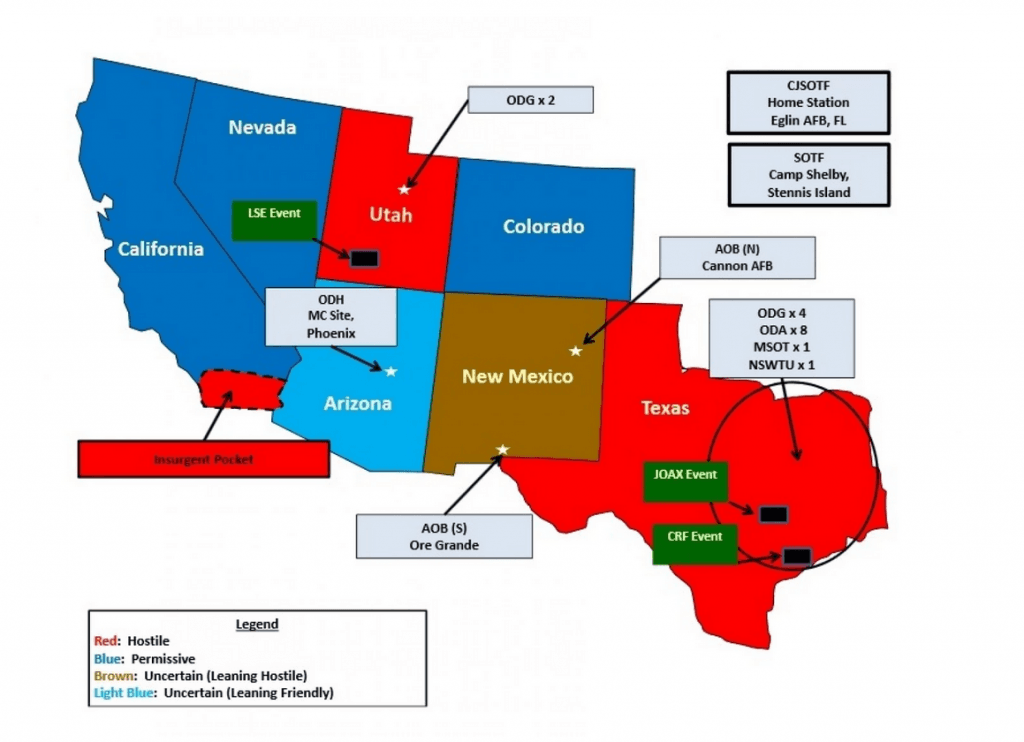 Big Spring sits astride Interstate 20 and US 87, the primary north-south four lane leading into the Texas panhandle. Military planners would look at it as a transportation chokepoint — a critical junction. The Army made presentations to the Big Spring City Council and the Howard County Commission.

The City Council has granted the Army permission to train within the city limits, including the former Webb Air Force Base located on the city’s west side.

The Army reported that “all troops involved will be wearing an arm band with a marking that identifies them as part of the exercise.” Army planner Thomas Meade adding “local residents participating or role playing in the exercise would also have distinct markings.

Residents have a slightly different take. “If they have a legal reason to be here, it doesn’t bother me,” Marck Schafer told NewsWest9. “But if somebody comes through my backyard, I want to know [about it beforehand].”

Big Spring resident Jacob Martin said city officials had done a “poor job” of informing people about the exercise. He; however, does not mind the military presence and believes it will stimulate economic growth.

“You’re going to have thousands of troops here buying groceries, and the military’s going to be buying fuel in the area,” he said.

Officials also could not share how many troops will be sent to the area, when they are scheduled to arrive and whether or not any are already stationed in Big Spring.

In a small story in the Big Spring Herald, planner Thomas Meade said that they expect the training around Big Spring to last 5 or 6 weeks, and that people “Shouldn’t expect to see planes and tanks, and in fact, you may not see any of the operation.”