The move by the Texas governor came in response to the media coverage of an unprecedented surge in unaccompanied minors and women illegally crossing the border from Central America. In reality, the unaccompanied minors were not the majority of illegal border crossers. Young Hispanic males remained the primary segment of illegal immigrants crossing in South Texas.

However, federal resources strained beyond their capacity to handle the large numbers of minors left the border virtually wide open. Perry stepped in.

“There can be no national security without border security, and Texans have paid too high a price for the federal government’s failure to secure our border,” said Perry during a very presidential-looking press conference as he stood in front of a two-star general. “The action I am ordering today will tackle this crisis head-on by multiplying our efforts to combat the cartel activity, human traffickers and individual criminals who threaten the safety of people across Texas and America.” 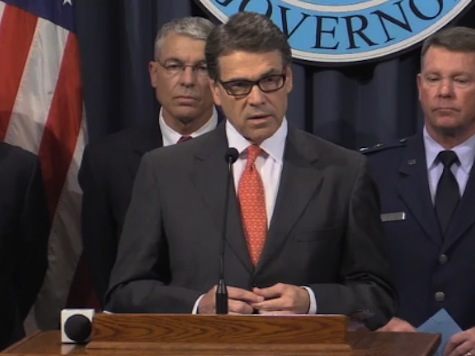 The move by Perry to “secure the border” came during his final six months of a 14-year run as Texas’ governor. Perry’s plan, Operation Strong Safety, was never designed to secure the border. It was, rather, a plan to secure a very small section of the border known as the Rio Grande Valley Sector.

“Perry’s deployment order is coming across more as political grandstanding rather than an effective border security strategy or wise use of taxpayer dollars,” she wrote in the article. “One would think it couldn’t hurt to have an additional thousand pairs of eyes and ears in south Texas, especially when the manpower requirements to process illegal immigrants are pulling agents away from looking for drug smugglers. However, without additional Border Patrol agents to respond to drug smuggling attempts, Guard troops aren’t of much use since they can’t legally detain anyone.”

This deployment was not Perry’s first border security plan. In 2004, Perry unveiled his “Texas Homeland Security Strategic Plan.” This plan appears at the bottom of this article.

Perry’s 2004 241-page strategic plan apparently aimed more at preventing a terrorist attack than stopping illegal immigration or human smuggling. An analysis of the plan by Breitbart Texas reveals the phrase “human smuggling” does not even appear in the plan. Nor do the words “trafficking,” “alien,” “undocumented,” or “immigrant.” The word “illegal” appears only one time and that references drugs not immigration.

At about the same time Perry hired McCraw, then Arizona Governor Janet Napolitano (D-AZ) declared a “state of emergency” in four border counties. “Both federal governments let us down — there doesn’t seem to be any sense of urgency,” Napolitano said in an interview with the New York Times. Napolitano would later become President Barrack Obama’s first secretary of Homeland Security.

A few days later, New Mexico Governor Bill Richardson (D-NM) also made an emergency declaration. In a separate interview with the Times,  Richardson called his move an act of desperation, referring to the situation along the border. He said his state would provide additional resources to the border “until Congress and the feds deal with this issue.”

Both Richardson and Napolitano prepared for their 2006 re-election campaigns. Perry also prepared for re-election at that time. In the same Times article, Perry’s spokesman, Robert Black said Perry was not considering a state of emergency declaration. “The governor has said that we’ll continue to make the case that there can be no homeland security without border security, and the federal government needs to make a greater commitment both in resources and manpower along the Texas-Mexico border,” Black told the Times. 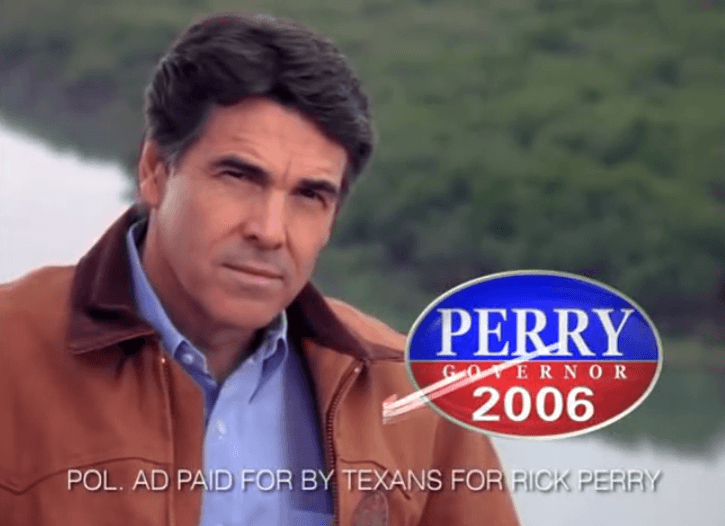 Perry was facing a tough re-election in 2006. In addition to facing three challengers in the Republican primary, Perry was challenged in the general election by Democrat former Houston Congressman Chris Bell, Republican Comptroller Carole Keeton Straynorn (who ran as an Independent “One Tough Grandma”), and country singer Kinky Friedman. Perry won re-election but only garnered 39% of the vote.

Perry’s security plan was looked at again, six years later, by the TransBorder Project of the Center for International Policy. In an article titled, “Evolution of Border Security in Texas,” the group said that border security had not always been a top priority in Texas. They wrote that before Perry hired McCraw “homeland security strategy in Texas wasn’t much different than other states.”

The group analyzed Perry’s 2004 plan “had a clear focus on working with the federal government to prevent foreign terrorism and to respond to homeland disasters.”

“There is no mention of immigrants or criminal aliens, no talk of the threat of narcoterrorism, drug cartels, or transnational gangs, and no discussion of border crime, spillover violence, or narcotics flows,” the article states. The group claimed the central focus of Perry’s plan was on monitoring see and land ports-of-entry. They said Perry’s plan had only one page on border security while it contained five pages on critical infrastructure and four pages on emergency response to disasters or terrorist attacks.

Going back further in the Perry Administration, many would say that Perry’s signing into law, the bill authorizing in-state tuition for the children of illegal immigrants, served as a magnet to bring even more illegal immigrants, including families, to Texas. In September, 2014, Breitbart Texas’s Sarah Rumpf reported Perry’s continued support for the bill which cost him political support during his 2012 presidential bid.

The “Texas Homeland Security Strategic Plan 2010-2015” (also attached below) began to focus more on border security. Perry said that between his 2004 plan and this plan, the state has spent $230 million in border security efforts, according to an article by Brandi Grissom in the Texas Tribune. Most of that money was authorized by the Texas Legislature during the 2007 and 2009 sessions.

Grissom compared the 2004 and 2010 plans and said “it seems some of the data hasn’t been updated much.”

The report begins the discussion of what the Border Patrol refers to as OTMs (Other than Mexicans). The report states:

According to U.S. Customs and Border Patrol, more than 137,774 OTMs were apprehended in Texas in FY 2005 through September. In 2005, the Border Patrol implemented Operation Streamline, and since then the agency has reported a pretty large decline in the number of OTMs crossing the border. According to a Border Patrol report from 2008, in the Del Rio Sector alone OTM apprehensions fell 52 percent from 2006 to 2008.

Perry was entering into a phase where he would declare that Texas will go it alone. In August, 2010, Perry attempted to hand President Obama a letter discussing Texas’ needs for more border security. Obama dodged the letter by quickly handing it off to an assistant. This writer reported that Perry later told Neil Cavuto the letter was never answered by Obama or his staff. 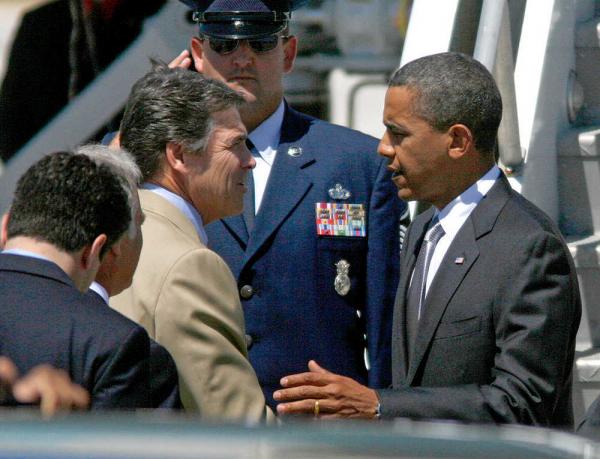 Perry would continue to push the legislature for more funding to place Texas resources along the border. In 2011, the Texas Tribune reported the State nearly doubled its spending for border security. The funding was raised from $111 million to $219 million. The Tribune said the move by the State comes as “Gov. Rick Perry launches his presidential campaign.”

The 2013 legislative session increased funding for border security once again. The 2015 session nearly doubled that to $800 million at the request from newly sworn-in Texas Governor Greg Abbott.

In July 2014, Governor Perry announced Operation Strong Safety as a plan to secure the Texas border.  However, that was not to be the case. Just a few days before the announcement by Perry, Breitbart Texas reported about a state memo leaked to The Monitor. That memo revealed that the planned border surge would only be directed at the Rio Grande Valley Sector of the border. This sector is one of five Border Patrol sectors located in Texas.

At that time, Breitbart Texas Managing Director Brandon Darby said this plan would be an example of what can be done across the Texas border with Mexico. “I sure do wish they would acknowledge that the other four sectors of the Texas border are so open,” Darby stated. “Saying we are securing the border, when in actuality we are only securing one-fourth, does not help and only reinforces dominant left-of-center false narratives that the border region is already okay. It is not okay.”