Another Texas man has been arrested with a gun during airport screening after forgetting to take it out of his briefcase.  A new law in Texas will forgive such airport security mistakes made by concealed handgun license (CHL) holders.

In a phone interview reported by KXAN News, Ramsey said, “The next morning I had an early flight to Dallas. I just forgot to take it out. I put the [briefcase] on the belt and it went through. I heard the beeping go off and I knew exactly what I had done wrong. Kind of one of those feelings where your heart is kind of sinks into your chest.”

Ramsey grew up in rural east Texas near the Louisiana and Texas border. His family is from the small town of San Augustine where they own a bank and a timber farm. He is the founder and chairman of the Liberty for All Action Fund. A self-described libertarian, his PAC website states it advances the core ideals of limited government, individual freedom, and personal responsibility in all 50 states.

Ramsey told Breitbart Texas, “The big problem is that I am a law abiding citizen, a business owner, and a job creator. I give tons to charity.” 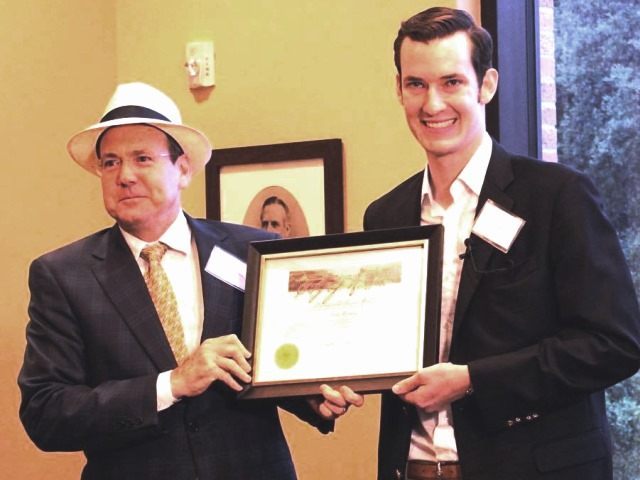 He continued, “I just think there is a more efficient way for them to use their time. They need to go after actual criminals and dangerous individuals.” Ramsey said, “I am owning up to my mistake but there has to be a better way to handle these cases.”

The businessman and founder of the political PAC said, “I had a huge meeting to get to but they took my stuff and I could not even call him all day. It was a total mishap.” He said luckily his client understood and they have rescheduled the meeting for next week.

As reported by Breitbart Texas, as of September 1st, a new law would forgive CHL holders for airport security slips. The bill was signed into law by Governor Greg Abbott on June 19, 2105. The law enjoyed bi-partisan support during the 2015 legislature at the Texas Capitol. It passed the House on a vote of 138-1. The Senate passed the bill with a unanimous vote.

There have been several very high-profile arrests of people carrying a gun during airport screening at the Austin airport.

The new Texas law differentiates between those who make a mistake, and individuals who intentionally, knowingly, or recklessly bring a firearm into an airport secured area.

The new law makes it a defense to prosecution for possessing or carrying a weapon in or into the secured area of an airport if a CHL holder possessed a handgun at the security screening checkpoint and exited the area immediately upon notification that he or she possessed a handgun.

A peace officer will not be able to arrest the CHL holder unless the officer advises the individual of the defense available, gives the actor an opportunity to exit the screening checkpoint for the secured area, and the actor does not immediately exit.

The bill received a unanimous vote to get out of the Texas House Homeland Security and Public Safety Committee.

Passengers can legally transport guns and ammunition as checked baggage while travelling by following TSA procedures, as previously reported by Breitbart Texas. Detailed procedures for this process can be read on the TSA website.