A Christmas card has ignited a firestorm of controversy. The mother and the two daughters have their mouths taped shut and their hands are bound with Christmas lights. The father is holding a sign that says, “Peace on earth.” Their small son is giving a “thumbs up.”

The Louisiana family Christmas photo has caused an uproar and gone viral on the Internet, reports ABC13 Houston. Many were reported to find it sexist.

“If you like it, great. We love it. If not, scoll-up. About a half-section later you’re not even going to see it anymore,” husband and father James Johnson said.

His wife, Lanie Johnson, said the Christmas photo was her idea. She had seen a similar photo on Pinterest. She said, “All the negative feedback was real disheartening.”

The Johnson family thought the photograph would be funny.

Some Facebook readers disagreed. “It’s just not the same without a couple of black eyes,” wrote Isaac Maxfield. “Maybe next year you can get a makeup artist to help you really portray the beauty of domestic abuse.”

Shelli Rodwell wrote, “Yuck! This makes my stomach turn. Not funny, rather disgusting. Let me guess, you’re located in the south?”

Others seemed to put the photo in the humorous light for which it appears to be intended. Melinda D Gonzales wrote, “OK I love the picture everyone looked unharmed ,and having a cute time and it was their photo their lives leave people alone quit being so negative. In most families the dad is absent or mom strung out or something dysfunctional is going on way worse than this the family looks happy well maintained and taken care of so what’s the problem no one looked scared terrified or harmed everyone was safe and happy.”

And, Mary Beth Malone-Chandler added, “Whaaaaaaa!!!! Big deal! I’m a woman and I am quite the motor mouth. I think this picture is hilarious. I know I’m loved by my husband and kids no matter what. MERRY CHRISTMAS!” 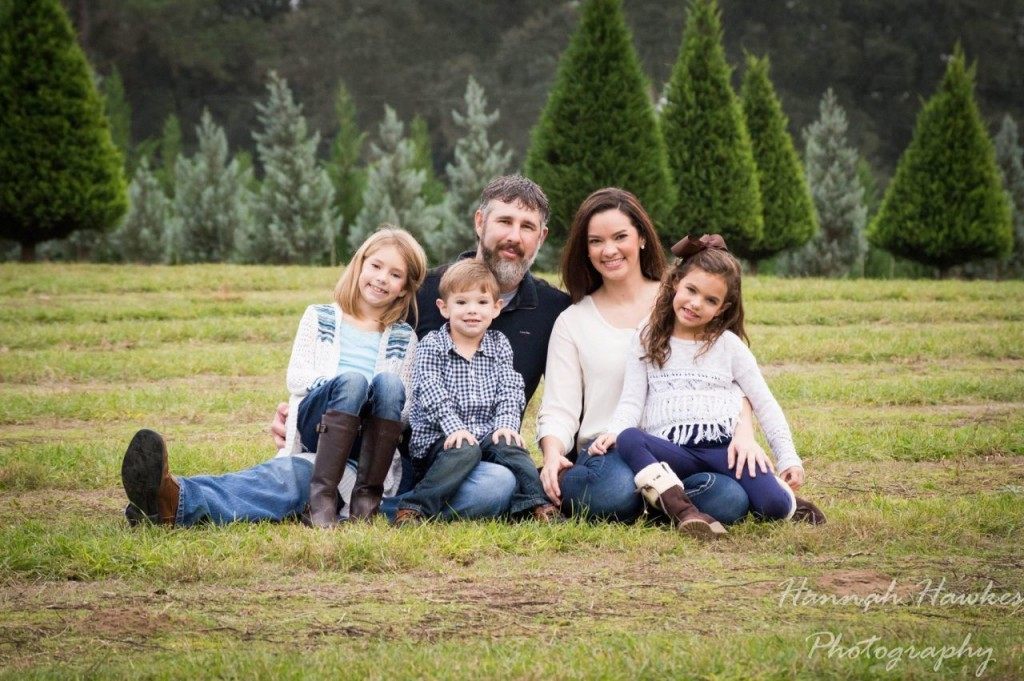 The photographer, Hannah Hawkes, told the Houston ABC affiliate, “I’ve actually received messages from people all the way in Germany.”

One commenter was reported to have said, “The fact that you and your friends find this funny shows what a sick bunch you truly are.”