The rally was held at a warehouse at Mach Industrial Group on Houston’s northeast side.

Governor Greg Abbott was the first to speak at the rally. 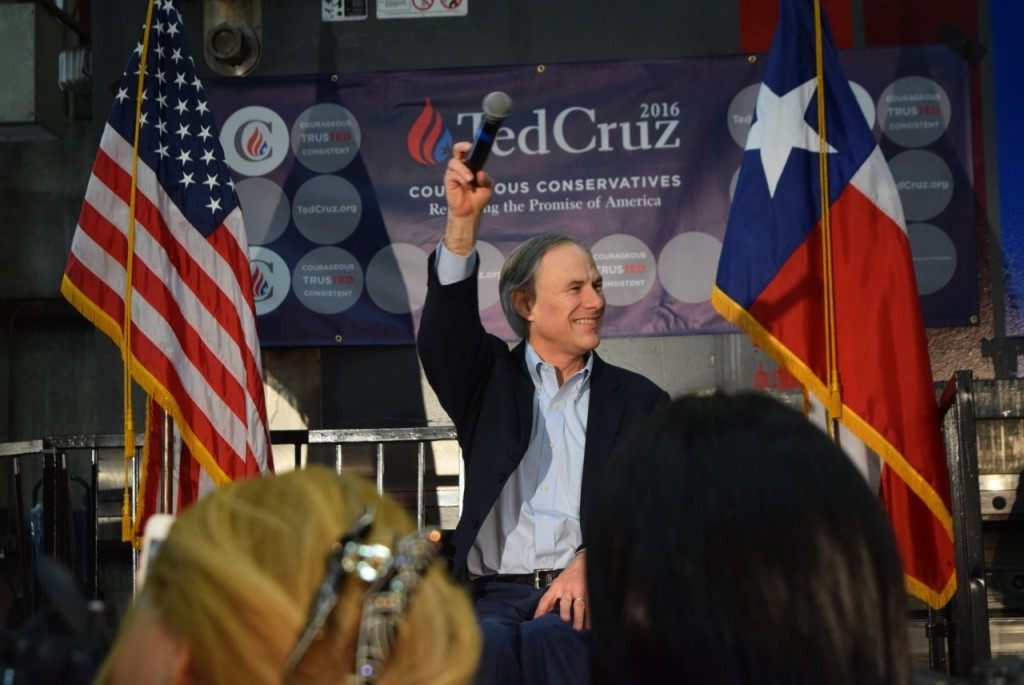 As reported by Breitbart Texas, the Texas Governor has endorsed his former employee. The Texas senator served as Abbott’s solicitor general in the Office of the Texas Attorney General when Abbott was attorney general.

Abbott told supporters that the United States was at a crossroads. “We need a president that will lead us down the right path,” he said. He invoked the words of Ronald Reagan saying that Americans were just one generation away from losing their freedom.

The Governor said that Americans were facing not only real dangers from ISIS but urged that “our own leaders” are failing to stand up for First Amendment rights of free speech and other fundamental constitutional rights. He said the IRS was targeting groups and treading on the rights of freedom of association and charged that “the elites” and those on the east coast were targeting Second Amendment rights. He added that private property rights were under attack and said the EPA was targeting farms in Texas. 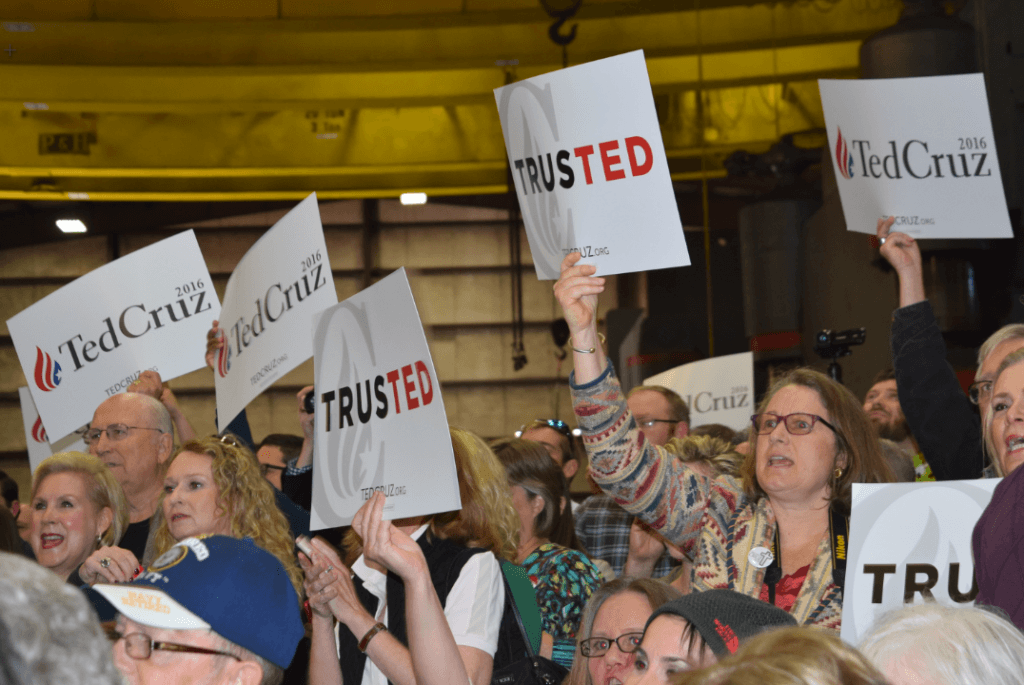 Abbott reminded the Texans gathered that he sued President Obama and the federal government 31 times when he was attorney general. He urged that lawsuits are not enough. He said there needed to be a change in Washington, D.C. and Americans needed a leader like Ted Cruz.

He told Cruz supporters that he has known the presidential hopeful for thirteen years. They worked together for five years when the Texas senator served as his solicitor general.

Abbott praised Cruz for his “conviction” and added, “When I vote for Ted Cruz, I know he will fulfill the promise of true conservative values in the United States of America.” He said Cruz would restore the country and would stay on the same path that he saw him take as solicitor general and then in the U.S. Senate.

He reminded those in attendance that Cruz helped him lead a coalition of states in cases before the U.S. Supreme Court. They won he said, and protected the individual right to bear arms, and defended the sovereignty of Texas against the UN, and protected other constitutional liberties.

The governor of the Lone Star State said the country is at a “tipping point” and there is “no margin of error.”

The Texas Governor urged that the country needs Cruz as president because he will make the correct choices, like nominees for U.S. Supreme Court justices. He said Cruz would appoint justices that would interpret the law, not rewrite the law.

Abbott added that Cruz would help the stalled economy and stimulate and protect jobs for Americans and would fight against “heavy-handed regulations” that hurt small businesses. He said Cruz would also keep promises to repeal Obamacare and would repeal Dodd Frank. He added that he was “confident” that the senator would be a good commander in chief and “would take the fight to ISIS” and prevent Americans from harm. Abbott said Cruz would secure the border and put an end to sanctuary city policies in the U.S.

Abbott asked those there to join him in voting for the presidential candidate.