The protest march carried out by about a dozen white individuals took place Sunday afternoon in front of the headquarters of the Houston headquarters for the NAACP. At least four members of the march carried Confederate flags while others carried blatant symbols of bigotry associated with white supremacy. The group claimed no racial overtone in the carrying of the flag and other symbols stating instead they are just proud of their southern heritage, the Houston Chronicle reported. The Confederate flag is a historical icon of American and Southern history. In this case it, and the American flag, are being used in conjunction with symbols of white supremacy seemingly to invoke racial tension.

Before marching, the group’s representative, Ken Reed, appeared on Houston’s Fox 26 to discuss their intentions in more detail. Reed told the outlet he was concerned because the NAACP has failed to call out Black Lives Matter and other black groups for what he called “atrocious actions.”

“Attacks on white officers, the calling for the murder of white officers, the burning down of cities, the stopping of traffic in streets,” Reed told the Fox 26 reporter. “A cop or ambulance could be trying to take someone to the hospital where a matter of minutes matters, and [Black Lives Matter protesters] are stopping them from going. The NAACP is not speaking out against this and if you aren’t speaking out against it you are, in our eyes, condoning it.”

Reed stated that White Lives Matter is not an organization, but is an “open-source activism movement.”

“We’re being told that it’s bad to be white. Every other race is encouraged to promote their heritage and culture, but as soon as a white person does it they are labeled as evil or racist,” said Reed, who clarified they are not an anti-Black Lives Matter movement. “We expect every race to be proud of who they are. We’re out there fighting for our rights just like everyone should.”

Some members of the White Lives Matter march were armed with rifles and pistols. Reed told the Houston newspaper, “We’re not out here to instigate or start any problems. Obviously we’re exercising our Second Amendment rights but that’s because we have to defend ourselves. Their organizations and their people are shooting people based on the color of their skin. We’re not. We definitely will defend ourselves, but we’re not out here to start any problems.” 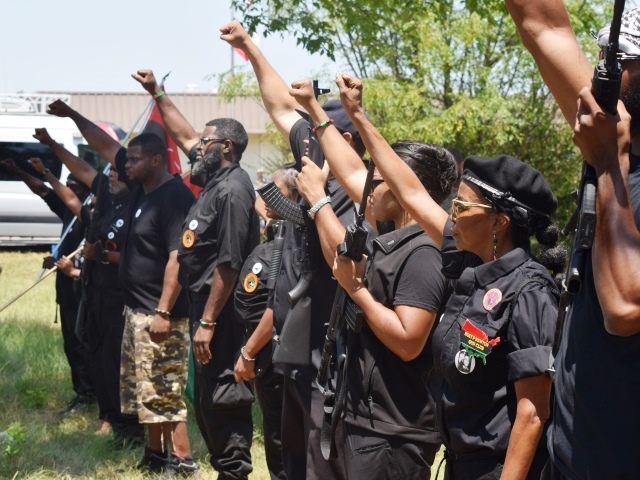 Members of the New Black Panther Party frequently carry out armed protests, as Breitbart Texas has reported in the past. 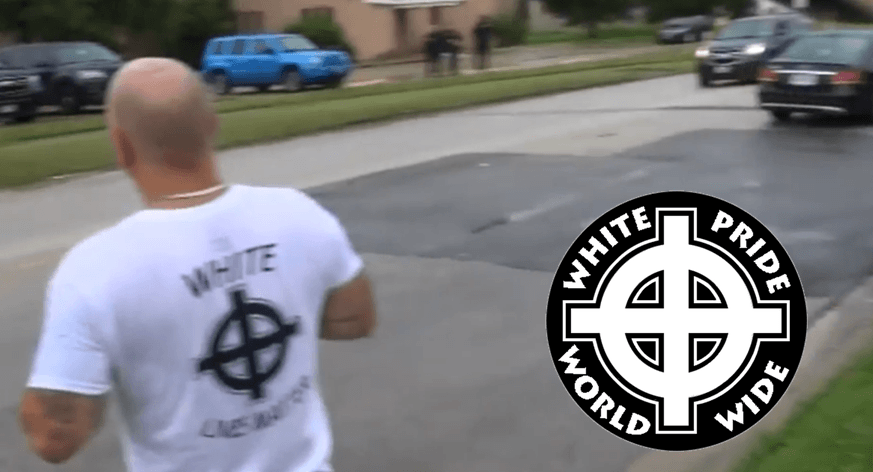 The White Lives Matter banner also displayed the image of Phoenix Rising with the Celtic Runic letter “ior” between the wingtips. The Anti-Defamation League (ADL) reports these ancient symbols from the Runic alphabet are often used by white supremacists because of their connection to Nazi imaginary. Among the most common words or phrases translated into runes are “skinhead,” “white power,” “hate,” and “RAHOWA,” the ADL states on its website.

One resident, Quintina Richardson told the Houston newspaper reporter that she heard their message but their symbols were a distraction. “When he says equal rights, that’s what we’re trying to say,” she said. “Let’s have equal rights, we’ve been saying that for years.”

“You’re saying Black Lives Matter is a racist organization,” Richardson continued, “but when you’re throwing the Confederate flag up and saying White Lives Matter, are you saying you’re racist as well?”

Reed responded saying, “It has nothing to do with racism on our part and why we’re flying it (the Confederate flag). We’re proud to be Southern.”

After Reed’s group left, a group of African-Americans and white people joined hands and prayed in the parking lot of a church across the street from the NAACP office.