As security conditions in Mexico continue to spiral out of control, the country has seen the rise of average citizens taking arms against the drug cartels that are responsible for most of the violence in the country.

Initially Mexico only had a handful of groups, but since 2013, that figure skyrocketed to more than 183 in 14 states. The main hotspots for self-defense organizations are Guerrero and Michoacan, two states rocked by extreme cartel violence, executions, and kidnappings. However, recent developments indicate self-defense groups are starting to establish themselves in the wealthy State of Mexico.

The idea of self-defense groups continues to spread where links between organized crime and politicians are constantly uncovered. Citizens are beginning to gather in Chihuahua, Sonora, Tamaulipas, Veracruz, Jalisco, Quintana Roo, Oaxaca, and several other states. 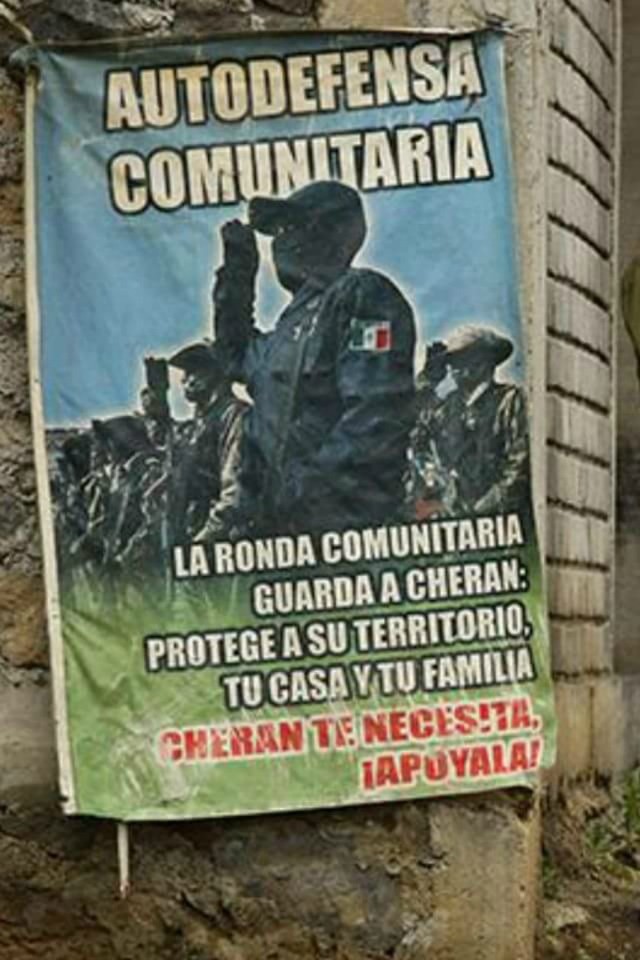 Self Defense Groups in Guerrero

One of the states that has seen the largest rise in self-defense groups is Guerrero. The southern coastal state is home to one of Mexico’s main shipping ports and the beach resort of Acapulco. While the region managed to avoid cartel violence in the past, in recent years the state has seen an unending amount of cartel violence including gun battles, executions, and beheadings, Breitbart Texas reported.

In the rural areas and some that do not have police departments, civilians have taken up arms and set up community patrols or self-defense groups. In some cases, the volunteers work hand-in-hand with Mexican military forces.

In other cases, the self-defense groups have aligned with Mexican drug cartels. In the areas of Chilpancingo, not far from Acapulco, two organizations known as the Union de Pueblos y Organizaciones del Estado de Guerrero (UPOEG) and the Frente Unico de Seguridad y Desarollo Guerrero (FUSDEG) have been linked to Cartel Jalisco Nueva Generacion (CJNG) and the Beltran Leyva Cartel.

Self Defense Groups in Michoacan

The self-defense movement is credited with starting in Michoacan. By 2015, the Mexican government managed to shut down most of the movements. As a result, some of the members of those groups joined the ranks of the same drug cartels they were once fighting. At the outset, Michoacan had 53 legitimate self-defense groups in 48 municipalities. While state officials claim they no longer have any self-defense groups, 15 legitimate self-defense squads continue to operate and are fighting against the CJNG and the Nueva Familia Michoacana. Despite the government’s denials, the civilians coordinate with the Mexican army and federal police forces.

Self Defense Groups in the State of Mexico

Despite the many denials about self-defense groups and the assurances of the Mexican government that cartels do not operate there nor in Mexico City, the region has seen the rise of “Justicieros” or “Avengers” where civilians take up arms. Intelligence reports consulted by Breitbart Texas revealed that as many as 11 groups are believed to be operating locally. The region has seen a sharp spike in violence, particularly in connection with the theft of fuel that is then sold on the black market and the sale of bootleg merchandise by cartels. As with cartel activities in the rest of the country, the criminal organizations behind the theft of fuel (Huachiloreos) and the sale of bootleg items (Fayuqueros) have been protected by government officials at all levels.