A clash between rival criminal gangs in southwest Mexico resulted in the deaths of nine cartel operatives on Wednesday night. Police made the grisly discovery after responding to reports of numerous dead males observed on a roadway in the pacific coast state of Guerrero. 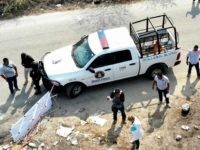 Reports indicate that cartel gunmen in the Mexican state of Guerrero killed 22 security elements consisting of 17 police officers from various agencies and five army personnel during the first five months of 2017. Guerrero is located in southwest Mexico and includes the coastal resort cities of Acapulco, Ixtapa, and Zihuatanejo. 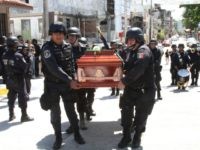 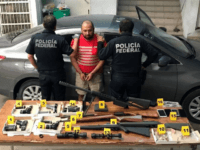 Mexican federal authorities arrested a U.S. legal permanent resident who lived in North Carolina after finding a cache of weapons stashed inside his vehicle. Officials said the man was expected to deliver the guns in the Mexican state of Guerrero. 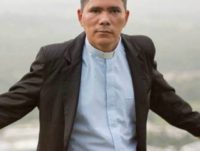 Two Catholic priests from coastal Guerrero were murdered by a group of suspected cartel hitmen while returning to their parish. One other priest was shot. 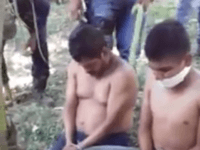 A group of cartel gunmen fighting for control of a Mexican coastal state cut out the heart of one of their living victims while another was beheaded. The violence took place not far from the beach resort cities of Acapulco and Ixtapa Zihuatanejo, Guerrero. 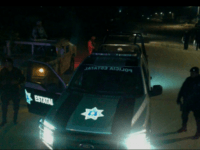 Cartel gunmen shot and killed the mayor of Petatlan, Guerrero. The murdered politician’s close aide was executed earlier in 2017.

U.S. Citizen Murdered in Mexico Was City Official in California

Officials identified the U.S. citizen murdered while visiting Mexico as a tourist during the Christmas holiday as a city administrator from California. Gunmen killed the Californian in the Mexican coastal state of Guerrero. The state of Guerrero has become a hotspot for cartel violence in recent years. 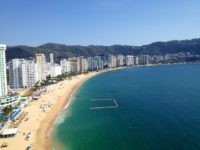 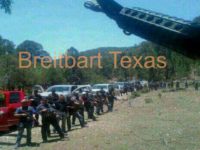 As security conditions in Mexico continue to spiral out of control, the country has seen the rise of average citizens taking arms against the drug cartels that are responsible for most of the violence in the country.

At least 28 inmates died with five beheaded during a fierce prison riot in the Mexican state of Guerrero–the same day that U.S. Department of Homeland Security Secretary John Kelly visited the region to discuss cartel violence. 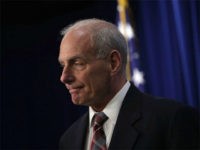 A team of cartel gunmen began to fire indiscriminately into a crowd of tourists — killing two and injuring at least six others — in Mexico’s resort town of Acapulco. A young girl shot multiple times by the cartel gunmen died at a local hospital. 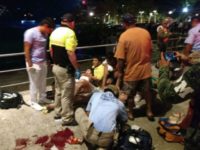 Mexican authorities have found 32 bodies and nine heads in approximately 20 mass graves in the Mexican State of Guerrero. The state, which is home to the famous beach resort city Acapulco, has been the scene of a fierce cartel war as rival groups fight for lucrative distribution routes.

Cartel members tortured and beheaded nine men whose bodies were later dumped on the side of the road in the Mexican state of Guerrero. Separately, two off-duty Mexican marines were shot and killed with eight others in the resort town of Acapulco.

VIDEO: Two Mayors Murdered in One Day in Southern Mexico

The mayors of two rural Mexican communities in the states of Chiapas and Guerrero were murdered in one day. One of the mayors was murdered by a group of gunmen, while the other was beaten to death by protesters. 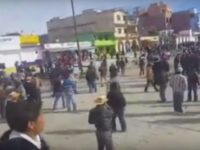 A team of suspected cartel gunmen ambushed and murdered a local reporter in the Mexican state of Guerrero Monday morning as he left his home on his way to work. Mexican authorities have released minimal information on the case; however they have been working extensively to minimize the raging cartel violence that has been taking place in the beach resort town of Acapulco, Guerrero. 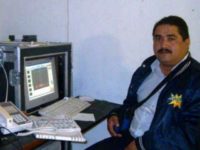 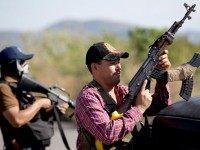 The Mexican government claims it has registered significant declines in kidnapping rates for 2015. Many drug war observers and Mexican citizens are very skeptical about the truth behind these government figures. 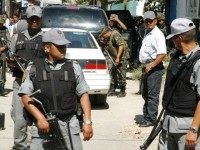 Many Americans are familiar with the term “blood diamond” or “conflict diamond,” which defines a diamond mined in a war zone and sold to finance an insurgency, an invading army’s war efforts, or a warlord’s activity—most commonly in Africa. Less commonly known; however, is “conflict gold.” Violent Mexican drug cartels are now fighting over revenues being paid to poor communities by corporations mining gold in areas of Mexico they have turned into war zones. 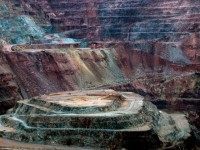 A activist executed in Mexico led the search for ten months for the 43 missing students in Mexico. Their disappearance and presumed murder has been linked to drug gangs and corrupt government officials. Hundreds, if not thousands, of people have dedicated themselves to finding evidence of what happened to these students.

Multinational Corporations in Mexico Shutting Down Due to Drug War Violence

There aren’t many smiles to go with a Coke in state of Guerrero, Mexico, these days. FEMSA, the largest franchise Coca-Cola bottling company the world, shut down its distribution centers in Iguala—site of the kidnapping and likely massacre of 43 students nine months ago—and Arcelia while maintaining facilities in other parts of the state.