Decisions to delay evacuation or shelter in place large numbers of nursing home residents during Hurricanes Harvey and Irma may have led to several deaths, an attorney says. However, other seniors who were evacuated died during or shortly after evacuation. This leaves managers of nursing homes in a quandary over what to do about residents in their care during natural disasters.

Horrific scenes emerged during the massive flooding periods of Hurricane Harvey. Elderly patients in nursing homes could be seen in waist-deep water after parts of Texas received more than a year’s worth of rain in a few days, Breitbart News reported during the storm. 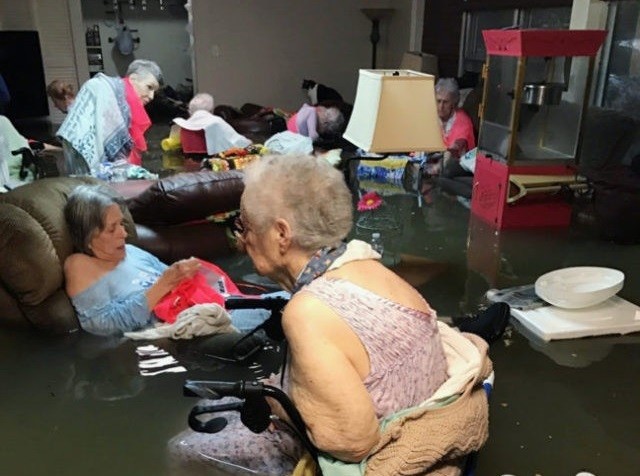 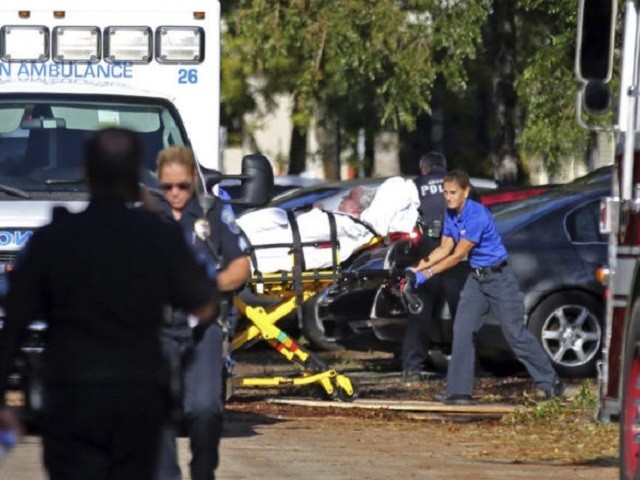 Sometimes evacuating can be as dangerous as staying put. During an evacuation of a home in Friendswood, Texas, officials found one of the residents dead on the bus being used to move to higher ground. Another man in Corpus Christi died during a shelter situation.

The trade association that represents nursing homes in Texas explained the trend to shelter-in-place during natural disasters.

“A greater emphasis has been placed on sheltering in place in recent years, given the challenges and issues that can go with evacuations of this population,” Texas Health Care Association President and CEO Kevin Warren told the AP.

He said about 4,000 patients evacuated from more than 160 nursing homes while 33,000 patients in other facilities sheltered in place.

A study in Florida by the University of South Florida’s Center on Aging described some of the complications of evacuating elderly patients. The study’s co-author, Kathryn Hyer, told the AP that nursing home patients who are evacuated have a 3 to 5 percent higher chance of dying within 90 days compared to those who sheltered in place. Hospitalization rates increased by eight percent when comparing the same groups.

She also cited the unpredictability of hurricane tracks and rapidly changing conditions as a factor to stay put. 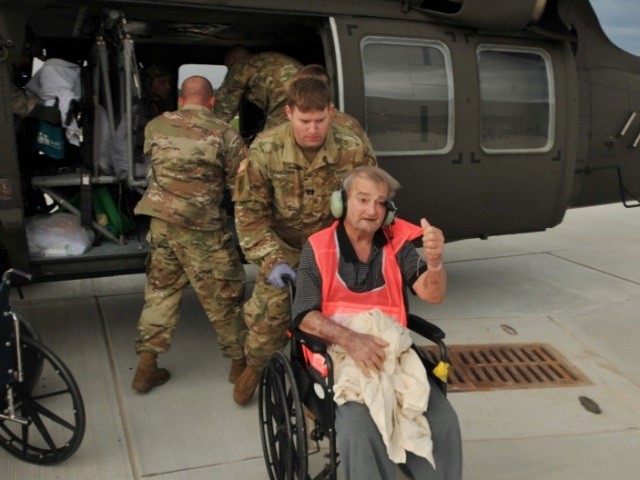 In Beaumont, Texas, Hurricane Harvey evacuees were re-evacuated when their shelter flooded during the storm’s sixth day of rainfall, Breitbart Texas reported.

In nearby Port Arthur, U.S. Army Reserve soldiers came to the rescue of 200 elderly patients as floodwaters rose rapidly. Soldiers operated UH-60 helicopters to move the residents. The soldiers and airmen moved the seniors to the Conroe-North Houston Regional Airport, located about 30 miles north of Houston.

The Texas Health and Human Services Commission reports that victims filed 90 Hurricane Harvey-related complaints against 53 nursing homes, assisted living facilities, and other long-term care facilities in the weeks that followed the catastrophic storm. The commission will investigate all of the claims, many of which centered around claims of patient neglect.

Florida officials also launched investigations into nursing homes in the wake of Hurricane Irma. Governor Rick Scott quickly pulled the license of one facility where 150 patients were not evacuated until after people started dying. The Florida governor quickly issued an executive order requiring the installation of generators with enough capacity to run air conditioners. Some nursing homes have decided to challenge the governor’s order in court.

Darrell Pile had the responsibility of determining when to advise that evacuation orders be issued to 25 counties in southeast Texas. He coordinated in advance to record which homes planned to shelter in place. He assisted in organizing the emergency evacuations of 20 nursing homes.

“There were a few instances where a better decision should have been made,” Southeast Texas Regional Advisory Council President Pile told the AP.