MATAMOROS, Tamaulipas — State police officers in this border region are being targeted for cartel attacks as gunmen try to scare them from their duties. The incidents against police and military personnel led to various injuries suffered by officials and bystanders alike.

During Holy Week, the Tamaulipas government mobilized a large contingent of state police officers to improve security along the highways and border cities in preparation for the waves of tourists. Police officers have become targets for cartel gunmen as a result. 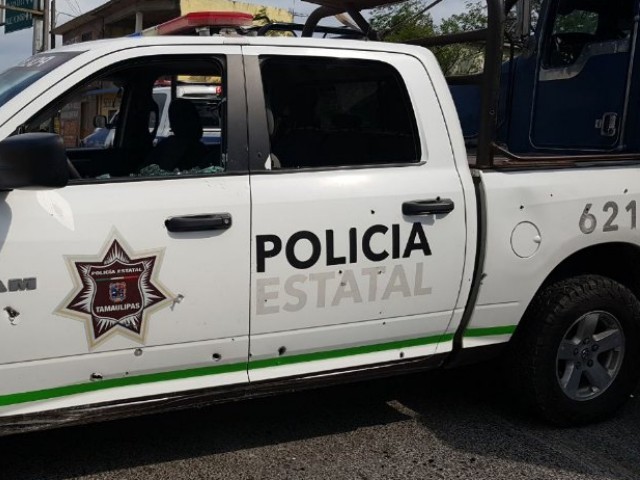 One of the most recent attacks took place near Reynosa when a team of cartel gunmen pulled up to a hotel where Tamaulipas state police officers were staying and began to fire indiscriminately at the building. The hotel is along the highway that connects Reynosa with Rio Bravo.

The gunmen killed a woman who was an innocent bystander and injured a state cop. The woman survived the initial attack but died soon after at a local hospital. It remains unclear if other victims were also hurt.

Shortly before, cartel gunmen carried out a similar attack on state police officers on the same highway, but closer to Matamoros. A team of gunmen riding in a Chevrolet Tahoe pulled up to the Tamaulipas State Police patrol pickup and began shooting. A female police officer in the vehicle was injured and was tended to by her teammates as they requested backup. Police from Reynosa, Rio Bravo, and Matamoros rushed to help their colleagues and track down the attackers.

Editor’s Note: Breitbart Texas traveled to the Mexican States of Tamaulipas, Coahuila, and Nuevo León to recruit citizen journalists willing to risk their lives and expose the cartels silencing their communities.  The writers would face certain death at the hands of the various cartels that operate in those areas including the Gulf Cartel and Los Zetas if a pseudonym were not used. Breitbart Texas’ Cartel Chronicles are published in both English and in their original Spanish. This article was written by “J.A. Espinoza” and “A.C. Del Angel” from Tamaulipas.