McALLEN, Texas – A career lawman who at one time served as police chief for La Joya was convicted on drug trafficking charges for his role in helping smugglers connected to Mexico’s Gulf Cartel operate in Texas. Homeland Security Investigations arrested the corrupt lawman in 2017.

After almost four hours of deliberation, a federal jury convicted former La Joya Police Chief Geovani Hernandez on two counts of aiding and abetting the possession of drugs with intent to distribute, information released by the U.S. Attorney’s Office revealed. Hernandez’s most recent law enforcement job was as a sergeant with Progreso Police, where federal agents targeted him for investigation. 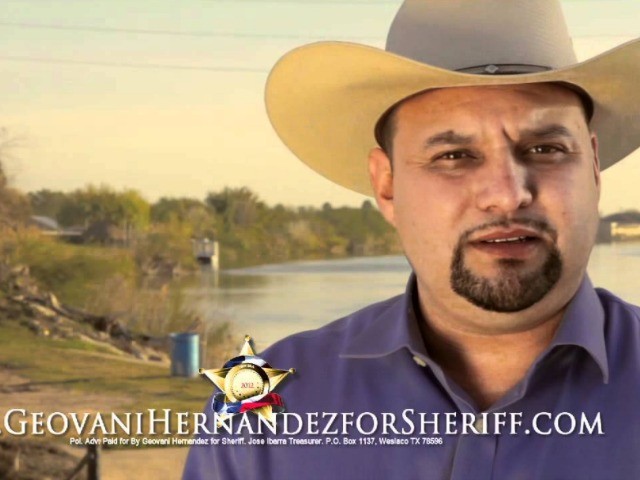 Federal agents with Homeland Security Investigations initially arrested Hernandez in August 2017 after receiving information that Hernandez was working with the Gulf Cartel and bragged to an informant that he was a personal friend of a cartel boss in Mexico. The Texas cop told the informant that he needed money for an upcoming election.

Arturo Cuellar Jr., a man with a Gulf Cartel tattoo on his neck, told jurors that he paid Hernandez to help him steal drug loads in Texas as part of home invasions. Breitbart News reported on the type of crime where teams of gunmen storm homes searching for drugs. While the crime usually targets other drug traffickers, there have been cases where hitmen raid the wrong home. According to local journalist Dave Hendricks who live-tweeted the trial, Hernandez and Cuellar even appeared together in a narco-music (narcocorrido) video.

Arturo Cuellar Jr. testified that after they appeared in the music video together, he paid Hernandez to help steal drugs from smugglers.

Prosecutors showed the jury phone records and Facebook messages that documented their conversations.

Hernandez also worked for Pharr Police and other agencies. According Hendricks, during Hernandez’s time in Pharr, Hernandez was shot in the buttocks in Reynosa after being kidnapped. Many details of that incident remain a mystery.

In December 2002, when Hernandez worked for the Pharr Police Department, gunmen kidnapped him in Reynosa. He escaped, but they shot him in the buttocks. pic.twitter.com/aRS9I5qj3n