BROWNSVILLE, Texas – Federal and local law enforcement agencies raided a series of car lots and homes in connection with a money laundering investigation involving a convicted Palestinian terrorist. Family members of the suspect had previously been tied to a network of underground casinos, officials say.

On Thursday morning, federal agents along with investigators with the Cameron County District Attorney’s Office carried out a series of raids at a home in a luxurious neighborhood and at two car lots owned by George Z. Rafidi. 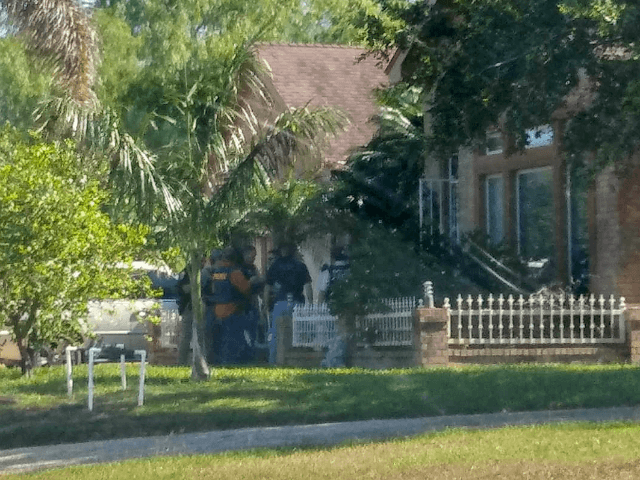 Court documents revealed that federal agents arrested Rafidi in April 2018 on charges tied to him lying in federal documents to obtain U.S. permanent residency and citizenship naturalization. Rafidi is in jail awaiting sentencing on those charges, but could be facing more jeopardy for the money laundering investigation.

According to prosecutors, Rafidi was born in Palestine and was a member of the Popular Front for the Liberation of Palestine, a group designated by the U.S. government as a foreign terrorist organization. In 1997, Israeli Defense Forces arrested Rafidi on terrorism charges tied to a series of attacks and an alleged weapons purchase. Rafidi pleaded guilty to the charge of being a member of the terrorist organization and was sentenced to an 18-months–only to be released eight months early as part of a prisoner exchange between Israel and Jordan.

In 2000, Rafidi traveled to the U.S. on a tourist visa and requested asylum. He did not disclose his affiliation to a terrorist organization and instead stated he was politically active in Palestine, authorities say. When he obtained his permanent residency, Rafidi lied to authorities about his terrorist ties and the fact that he had two arrests in Texas for theft. In 2009, U.S. Customs and Border Protection arrested Rafidi in Brownsville after he tried to leave the country with almost $30,000 cash.

In 2018, federal authorities reviewed Rafidi’s citizenship application and discovered he lied in the federal documents by omitting his terrorist affiliations and obtained a warrant for his arrest. In April 2018, Rafidi pleaded guilty to the charges and remains in jail awaiting sentence.

Rafidi is the brother of Fayez Z. Rafidi, who was arrested in 2015 by the Cameron County District Attorney’s Office in connection with an underground casino in Brownsville. Breitbart News was there when authorities raided the casino and reported exclusively on the operation. In that case, Officials arrested Ismail Abu Assad Abdel Aziz, 41, and Fayez Z. Rafidi, 39. The two men were charged with Engaging in Organized Criminal Activity, Gambling Promotion, Displaying a Coin Operated Machine with Tax Due, and Operating without a License or Registration Certificate.