Citizen journalists documented the intensity of a shootout Wednesday evening as strike teams from the Cartel Del Noreste (CDN) faction of Los Zetas clashed with Tamaulipas state police. A woman can be heard off-camera reciting a prayer in a panicked fashion amid rifle reports.

Calling themselves “Hell’s Troops” or “Tropa del Infierno,” the CDN gunmen traveled in large convoys of green armored SUVs with logos identifying their cartel affiliation. They were armed with machine guns, grenade launchers, and .50 caliber rifles. 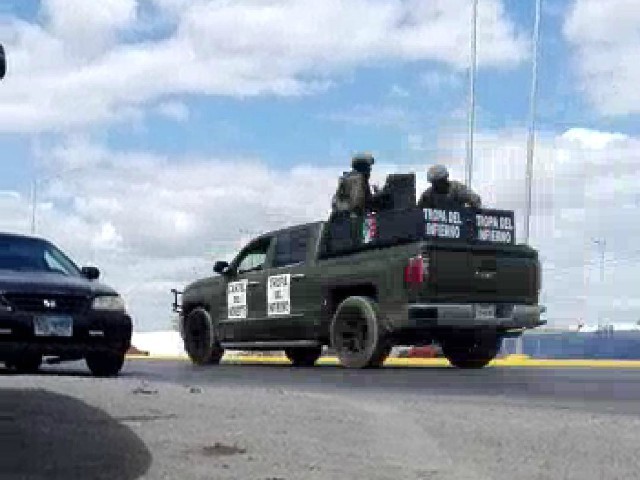 Several other videos recorded by citizen journalists documented the firefight that spread through various parts of the city.

Preliminary information provided to Breitbart Texas by law enforcement officials revealed that three officers and three civilians sustained injuries. It remains unclear how many cartel men died or were hurt.

The shootout comes days after CDN gunmen attacked a convoy of police officers from the border state of Nuevo Leon, chasing them out of the city. A patrol vehicle was torched with an explosive device, despite efforts by that state’s top cop, Aldo Fasci, to minimize the attack. The recent clash also follows an invasion by CDN into the border city of Miguel Aleman, which is current Gulf Cartel turf.