Brooks County Sheriff’s Office deputies recovered the skeletal remains of two deceased migrants on ranches surrounding the Falfurrias Border Patrol Checkpoint. These ranches are located about 80 miles from the border in known human smuggling corridors intended to move migrants around the checkpoint. So far this year, officials recovered the bodies of 39 migrants in Brooks County alone.

Brooks County Sheriff’s Office dispatchers received information on September 25 about the discovery of skeletal remains on a ranch located east of Falfurrias, Texas, according to reports provided to Breitbart Texas. The ranch is in an area slightly northeast of the Falfurrias Border Patrol Checkpoint and is a common pickup area for migrants who successfully complete the arduous march around the checkpoint.

Deputy Bianca Mora met Border Patrol agents, a justice of the peace, and a funeral home employee at the ranch. The Border Patrol agent escorted the team 2.7 miles into the ranch. Deputy Mora reported the skeletal remains of a migrant lying on its back in an open area. The remains appear in photographs to be relatively intact. 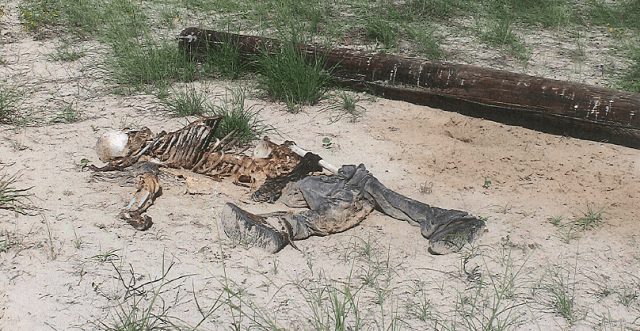 She conducted a search of the remains and discovered a black wallet containing $121 in U.S. cash and two Mexican identification documents. The documents were issued to 32-year-old Cesar Antonio Hurtado Gutierrez. It is not known if the identification cards belong to the deceased migrant.

The justice of the peace made the statutory declaration of death and the funeral home worker gathered the remains to transport them to the Webb County Medical Examiner in Laredo, Texas. The medical examiner will attempt to determine the cause of death and establish a positive identification.

Two days later, Brooks County Sheriff’s Office dispatchers sent Deputy Mora to another ranch located north of the Border Patrol checkpoint on U.S. Highway 281. A Border Patrol agent escorted Mora approximately three miles into the ranch where she observed scattered skeletal remains of a migrant who died near a large pond. She found the remains on both sides of a high fence running north and south through the ranch. 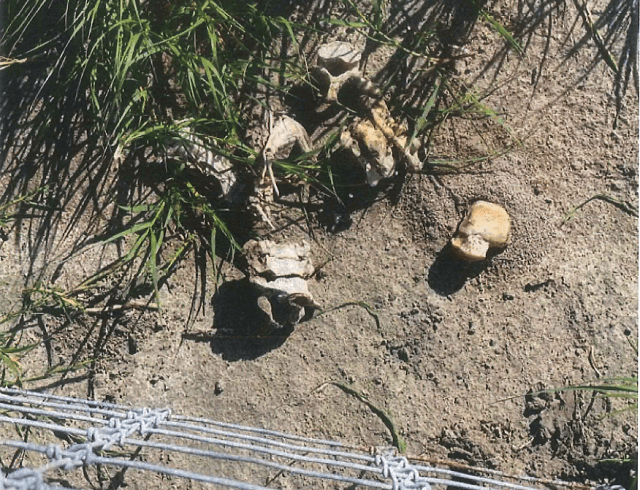 The number and types of bones suggest the remains belong to a single individual. She found some tattered clothing but no identification documents. The justice of the peace made the death pronouncement and the funeral home worker gathered the remains for transportation.

So far this year, Brooks County deputies recovered the remains of 39 migrants who died while being smuggled around the Falfurrias Border Patrol Checkpoint. The deaths in this single Texas county account for approximately 12 percent of the 326 migrant border deaths reported by the International Organization for Migration’s Missing Migrant Project. It also accounts for nearly 20 percent of all migrant deaths reported in Texas.