The intensity of the shootouts led Texas authorities and the U.S. Consulate to issue notices to not cross into Mexico. New law enforcement information notes five innocent bystanders were shot–three fatally. 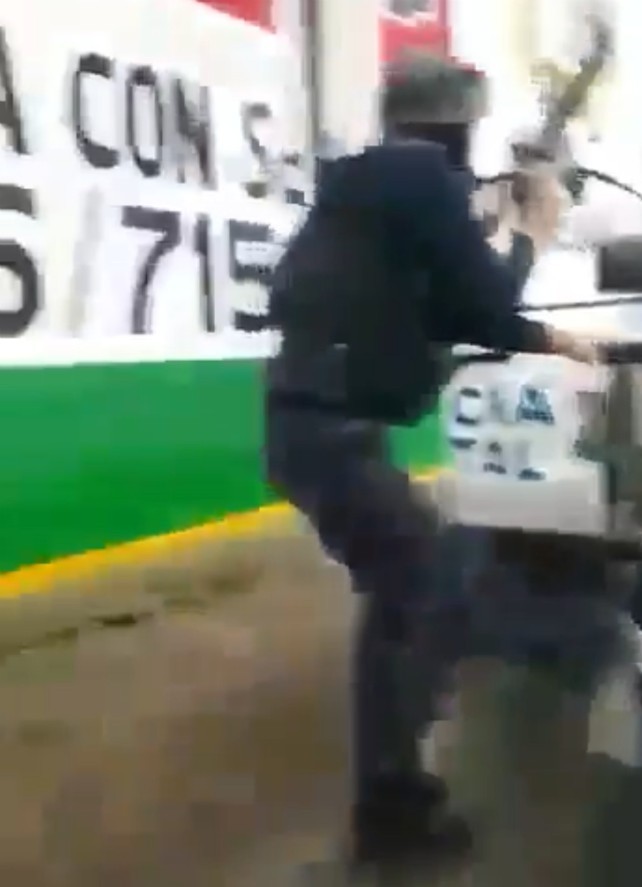 On Thursday evening, a convoy from the Cartel Del Noreste (CDN) faction of Los Zetas ambushed a squad of Tamaulipas state police in a section of the city known as the “Joroba” or “Hump.” One state officer died and a second was seriously wounded while the gunmen managed to escape, according to local authorities. That attack led to a series of manhunts for members of “Hell’s Troops” or “Tropa del Infierno.”

The violence began on New Year’s Eve when Tamaulipas authorities came close to capturing one of the top leaders of the CDN-Zetas in a fierce shootout where three gunmen died. In that skirmish, top CDN-Los Zetas boss Hector Raul “El Tory” Luna Luna was injured but managed an escape.

In response to the near-capture and the increasing police presence, the CDN is carrying out more attacks on law enforcement.