Mexican authorities discovered a charred Truck with ten burned bodies inside. The bodies belong to a group of local musicians — members of an indigenous community of Nahua people.

A 911 call alerted authorities to a truck on fire in a rural road in the municipality of Chilapa, Guerrero, a news release from the state Attorney General’s Office revealed. At the scene, authorities discovered the charred bodies of ten men inside the vehicle. The scene of the murder is approximately 90 miles north of the famed beach resort area of Acapulco, Guerrero. 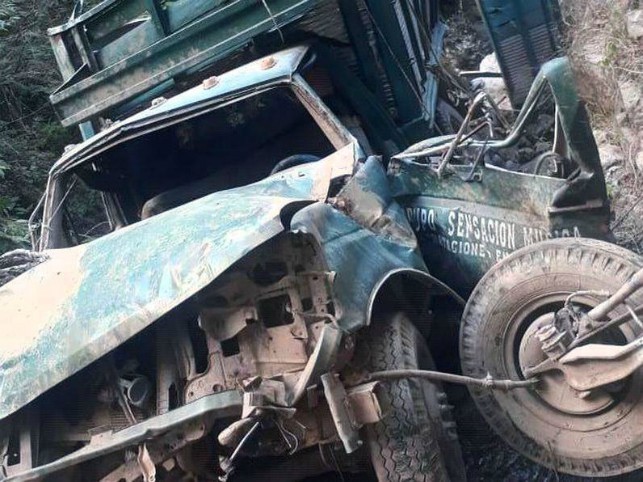 Additional information released in Spanish by members of a community police force made up of various towns called CRAC-PF claimed that a cartel-linked gang called Los Ardillos (the squirrels) carried out the attack. The gang allegedly kidnapped the musicians as they were returning home from a local dance, tortured them, and then set their vehicle on fire. It is believed by community police members that some of the victims may have been alive at the time the vehicle was set on fire. In numerous towns across Guerrero, the escalating cartel violence forced local communities to create their own militia-type police forces made up of local townspeople.

The mass murder comes at a time when factions of Los Viagras and La Familia Michoacana have been fighting against factions of Cartel Jalisco Nueva Generacion over control of lucrative drug production areas in the mountain regions of Guerrero. The cartels are also fighting for control to the state’s coastal regions to the south that provides an entry point for drugs coming by boat from Central and South America.