The arrests took place this week near Cancun, when authorities responded to a 911 call about a kidnapping in progress, the Quintana Roo Public Security Secretariat revealed.

As officials responded to the scene, they were able to get a description of the suspect vehicle and pulled it over near one of the city’s busiest avenues. State police rescued a male victims and arrested three men plus one woman. 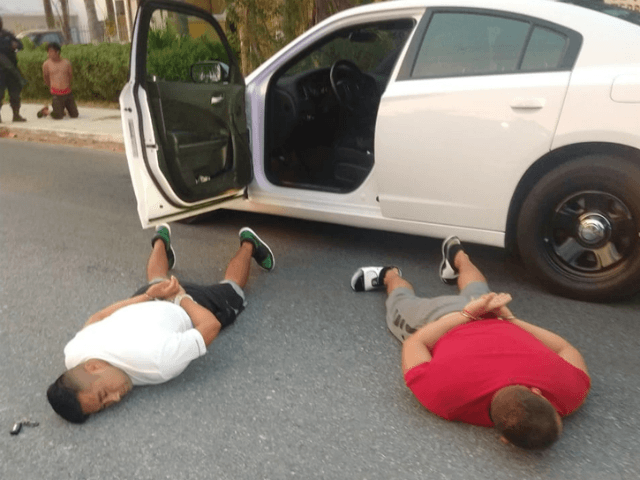 During questioning, the three men claimed to be members of Mexico’s National Guard but were not in uniform. The suspect vehicle, a white Dodge Charger, had government plates and police lights. A records check revealed the three men were in fact National Guardsmen and served as federal police officers prior. The four suspects are identified as Gabriel Gerardo Mendez Morales, 36; Arturo Cabral Muñoz, 35; Jose Sergio Gallardo Acevedo, 42; and 21-year-old Sua Atlai Barcenas Araiza. State authorities turned the suspects over to Mexico’s Attorney General’s Office for further investigation and prosecution.

Law enforcement sources told Breitbart Texas that the suspected kidnappers were allegedly transporting the victim to a stash house where they would kill him under orders from other organized crime members.

In recent months, Cancun and surrounding areas have been hit hard by kidnappings and murders tied to cartel turf wars. Earlier this month, authorities arrested a group of four kidnappers with Cartel Jalisco Nueva Generacion, led by two Colombian nationals.