Mexican military forces killed a total of 16 gunmen from a faction of Los Zetas in the border city of Nuevo Laredo, Tamaulipas. The gunmen wore cloned military uniforms and were part of a paramilitary cartel force known as Hell’s Troop or Tropa Del Infierno.

The shootout took place on Friday early morning in the Los Fresnos neighborhood when members of the Mexican army were patrolling the streets of Nuevo Laredo. The soldiers encountered a convoy of SUVs filled with cartel gunmen in military-style uniforms, Breitbart Texas initially reported.

During the initial clash, military forces killed 12 cartel gunmen and forced the rest to flee. Soon after, authorities found the body of a gunman in the Villas de San Miguel neighborhood. That gunman had been fatally wounded in the shootout but managed to flee the initial clash. 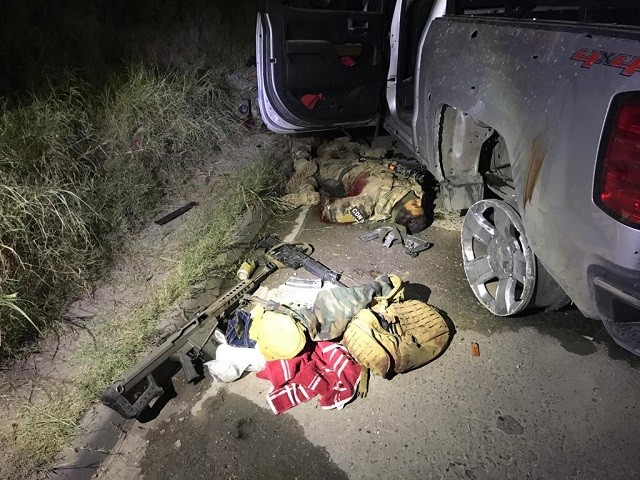 In the aftermath of the attack, Tamaulipas state authorities were called to some private medical clinics in Nuevo Laredo where three additional gunmen had been taken and ultimately died from their injuries, state law enforcement sources revealed to Breitbart Texas.

The deceased gunmen are believed to be members of a paramilitary group known as Hell’s Troops or Tropa del Infierno. The group is part of the Cartel Del Noreste faction of Los Zetas. That criminal organization continues to have full operational control of Nuevo Laredo and in recent months, has been taking part in a large expansion campaign to take over the key smuggling areas that have no border fencing and are currently controlled by the Metros faction of the Gulf Cartel.

That expansion led to numerous shootouts in the border areas immediately south Roma and Rio Grande City, Texas, as the two cartels fight for control of those smuggling routes. The CDN has also been linked to much of the ongoing violence in the border state of Nuevo Leon as the criminal organization tries to take over the lucrative drug distribution market.