A Mexican fisherman died and another one was seriously injured after their boat crashed with a ship of environmental activists. The activists were trying to stop illegal fishing in the Sea of Cortez, off the coast of Baja California. Mexico’s Navy rescued the fishermen and airlifted them to local hospitals.

The boat crash took place on December 31, when members of the U.S.-based environmental group Sea Shepherd were trying to remove illegal fishing nets called gillnets that had been set in a protected area near the Port of San Felipe. The Mexican government previously set up the area to protect the endangered Vaquita Porpoise.

According to Mexico’s Proceso Magazine, the U.S. activists were on board a ship called the Farley Mowat when they allegedly rammed a small panga-style boat with two fishermen on board. However, a video published by Sea Shepherd shows the fishermen steered toward the activists’ boat causing the collision.

In a prepared statement, Sea Shepherd claimed the boat in the crash was just one of five to seven boats that ried to attack the Farley Mowat in an attempt to keep them from removing the gillnets.

According to information released by the Mexican Navy, sailors based in the Port of San Felipe were able to rescue the fishermen and provide Mexican attention. They also airlifted the two victims. 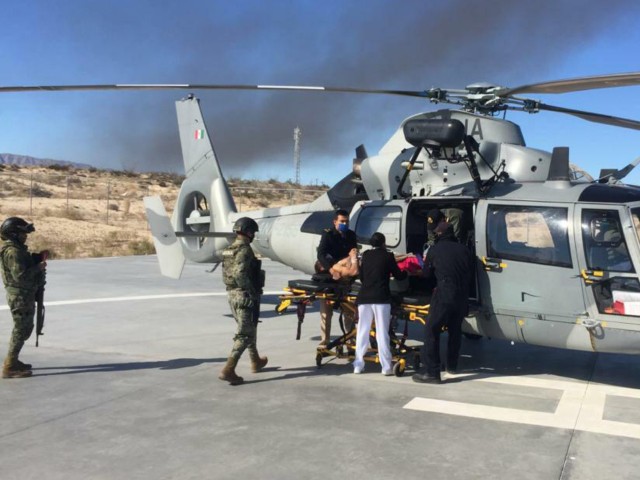 According to Proceso, one of the fishermen died over the weekend from the injuries sustained during the crash. The second fisherman remains in serious condition. The Mexican publication claims the crash spurred much anger in the residents of San Felipe who are reaching out to government officials and authorities in an attempt to take legal and civil action against Sea Shepperd.

Based in Friday Harbor, Washington, Sea Shepperd is an environmental group that carries out “direct action to defend, conserve, and protect marine wildlife around the world.” In Mexico, they carried out Operation Miracle accompanied by Mexico’s Navy in an attempt to preserve the Vaquita Porpoise.