CIUDAD MIER, Tamaulipas – Several residents in the Mexican border state of Tamaulipas took to the streets to protest the disappearance of two underage teenagers from Ciudad Mier. Police arrested the two teens on traffic violations but have since gone missing. Various social media posts claimed the teens worked as cartel lookouts at the time of their disappearance.

Outraged residents took to the streets and blocked off the main highway in Ciudad Mier that runs through that city. The demonstrators demanded answers from state and local officials, video from the protest showed.  When the group blocked the streets, they set fire to several tires as a way to block traffic. While the protests were not violent, state and local authorities responded in case they escalated.

According to relatives, police arrested the teens in Ciudad Mier in connection to a traffic violation. The cops turned the pair over to transit authorities in the nearby border city of Miguel Aleman. Once there, the teens were allegedly turned over to organized crime members and remain missing.

It remains unclear if the missing teens are connected to or worked as lookouts for one of the criminal organizations that operate in the area. Authorities did not yet release an official version of events. 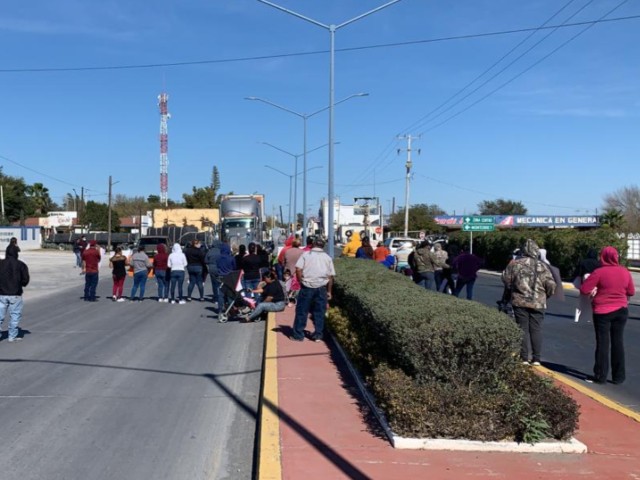 Miguel Aleman is immediately south of Roma, Texas and, along with Ciudad Mier, Los Guerra and other smaller towns, make up the region known as La Riberena or The Riverfront. That region is considered the main drug and human smuggling corridors used by the Gulf Cartel to enter Texas. That strategic location has turned the region into a prize that the Gulf Cartel’s Rival, Cartel Del Noreste faction of Los Zetas, has been trying to lay claim to. That fierce turf war has escalated to the point where both drug cartels deployed armored trucks, explosives, and heavy firepower during their clashes.

Editor’s Note: Breitbart Texas traveled to the Mexican States of Tamaulipas, Coahuila, and Nuevo León to recruit citizen journalists willing to risk their lives and expose the cartels silencing their communities.  The writers would face certain death at the hands of the various cartels that operate in those areas including the Gulf Cartel and Los Zetas if a pseudonym were not used. Breitbart Texas’ Cartel Chronicles are published in both English and in their original Spanish. This article was written by “A.C. Del Angel” and “J.C. Sanchez”  from Tamaulipas.