Mexican authorities disrupted a large-scale human smuggling attempt at a border state international airport. The discovery led to the arrest of 95 migrants found to be illegally in Mexico. The group was made up mostly of family units and unaccompanied minors.

The arrests took place this week at the Monterrey International Airport, according to information provided to Breitbart Texas by Mexico’s National Immigration Institute. Monterrey is located 100 miles from the Texas border and is considered a main logistical hub for legal and illegal commerce — including human smuggling. 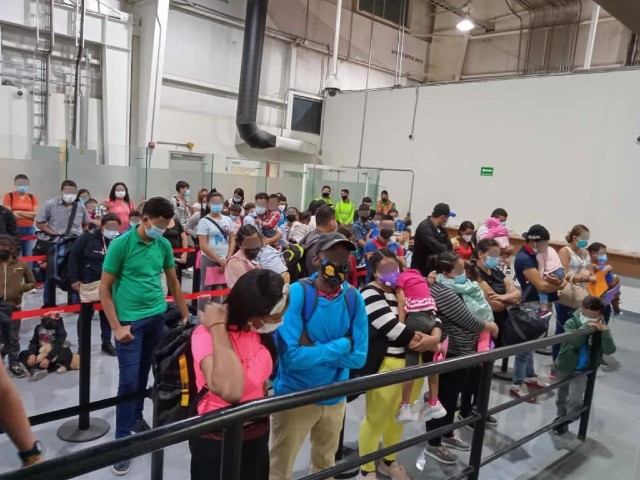 The migrants arrived at the airport via two separate airplanes from the southern Mexico cities of Villa Hermosa, Tabasco, and Cancun, Quintana Roo. Authorities did not reveal if the migrants were headed to a particular place in Mexico or to the Texas border as part of the ongoing immigration crisis as family units, unaccompanied minors, and asylum seekers continue to arrive in numbers not seen in many years.

The group consisted of 70 migrants from Honduras, 14 from Guatemala, six from El Salvador, and five from Cuba. According to Mexican immigration officials, the group included 8 unaccompanied minors and 27 families made up of two to five individuals each for a total of 70 migrants.

Officials turned the unaccompanied minors over to a Mexican entity tasked with caring for children called DIF. The family units remained with immigration authorities. The remainder of the adults who were not part of any families were sent to an immigration station for deportation.

Mexican authorities did not reveal information about the human smuggling organization behind the operation or if they made any arrests of human smugglers in connection with the case.