Facebook appears to allow human smugglers to advertise their services with false promises of “100 percent safety” and easy travel.

“Cross through Matamoros. You walk one hour, after in automobile until you arrive to your relative,” one of the posts cited by NBC News states. NBC does not offer links to or screenshots of the alleged advertisements. 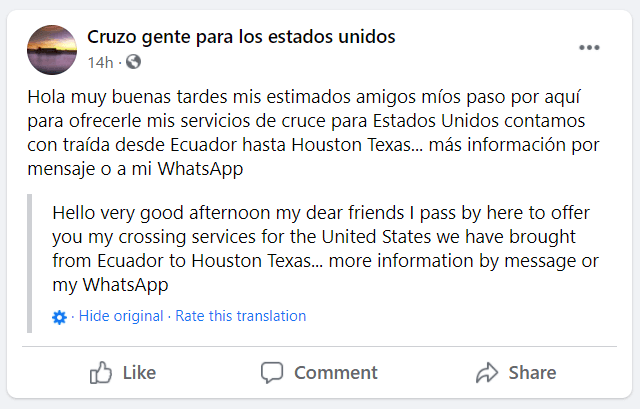 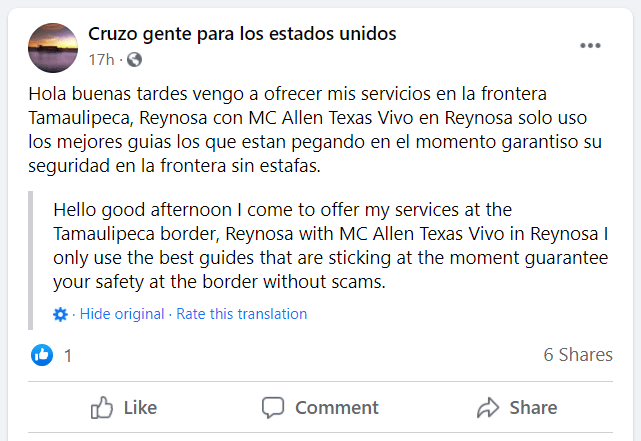 Another post offers safe, no scams travel at a “fair price.” 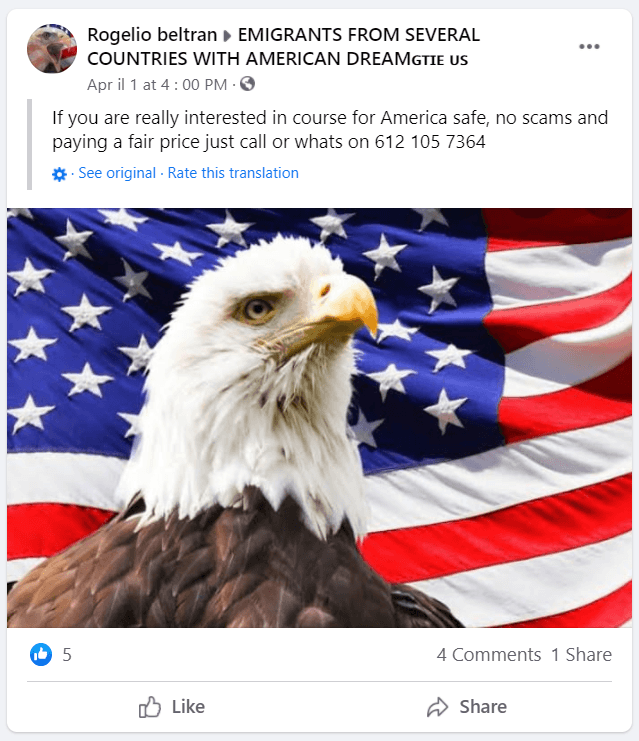 Gabriel Angel offices a “100 percent safe” passage with no walking, no river, and no wall jumping. 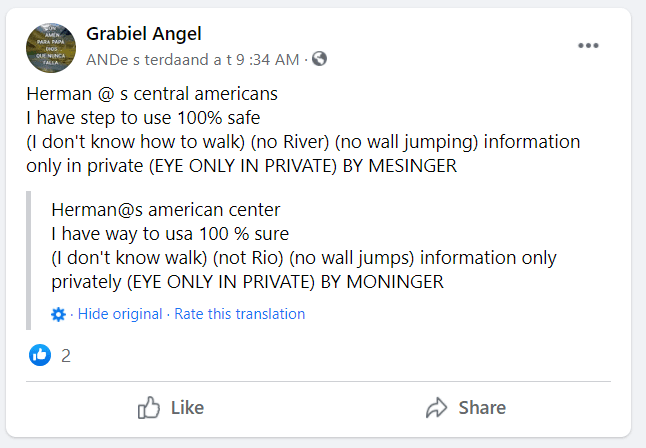 The posts cited by NBC News go into more specifics about the money connected to the passage to the United States.

“It’s ready. 3,000 to arrive at the line/ 6000 to jump to your destination. Whatever state. Pay when your relatives receive you,” an apparent smuggler post quoted by NBC News.

Facebook told NBC News it does not allow posts that promote human exploitation and trafficking. They say they remove all such posts when they are flagged by users. NBC said Facebook removed all of the posts they flagged.

McAleenan said the smuggling services are “actually being advertised by smugglers who start this at the retail level — almost like a travel agency in communities in Central America, saying ‘If you bring a child with you, you will be released if you cross the border illegally and you’ll be allowed to stay in the United States.’”

The smugglers do not appear to warn the migrants of the very real dangers of being packed into tractor-trailers, locked in human smuggling stash houses, drownings in the various border rivers and waterways, death by dehydration, hypothermia, or heat stroke, or of the rapes, beatings and extortion incidents that are regular occurrences for migrants traveling the journey to and into the United States.