Mexican federal immigration agents turned a group of migrants over to one of the most violent cartels as part of a kidnapping and ransom scheme, a Honduran woman shared with Breitbart Texas.

The ordeal took place in early March in the Mexican border city of Nuevo Laredo after “Teresa” and a dozen other Central Americans were deported by U.S. authorities to agents with Mexico’s National Immigration Institute. In a matter of hours, Teresa found herself turned over to the Cartel Del Noreste faction of Los Zetas. The cartel has absolute control over Nuevo Laredo. CDN-Los Zetas even has convoys of gunmen in armored SUVs patrolling the city streets.

Teresa agreed to be interviewed by Breitbart Texas in an undisclosed location before she took a bus back to Honduras, fearing another encounter with Mexican INM officials. 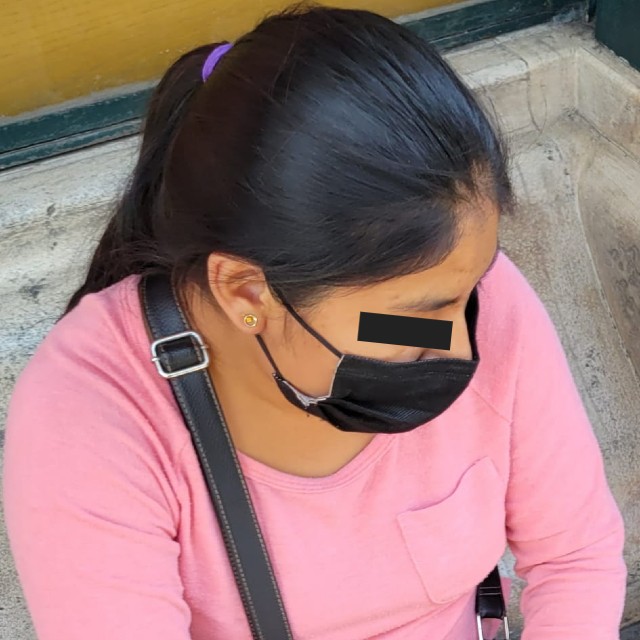 “A friend had warned me that if I was taken to [Nuevo] Laredo, that I would end up with those people,” Teresa said in Spanish, refusing to refer to the Zetas by name. As a precaution, she hid her cell phone in her clothing so she could call for help if needed during the abduction.

One night, cartel members arrived at the INM facility so officials could turn them over for transit to a large warehouse. There, gunmen threatened Teresa and told her to call her relatives in the U.S. for a ransom. Much to her surprise, the CDN gunmen already had all the information she provided Mexican immigration authorities. Unbeknownst to the CDN, Teresa was able to record the events with her hidden phone.

The gunmen threatened they would subject her to severe abuse and claimed she was lucky to not already be killed. The woman’s relatives were able to wire $2,800 USD in small payments that night. Once the gunmen confirmed the payments, they took the woman to downtown Nuevo Laredo, where they released her.

Teresa approached Mexican federal and state authorities to report the incident and share her recording. While officials claimed they would investigate the matter, Teresa did not file a criminal complaint because she could not be placed in a witness protection program.

“I never thought it would be this bad,” Teresa said in Spanish. “As bad as things are at home, with what I went through here and how they won’t do anything about it … it’s much worse here.”

Breitbart Texas went to the location near downtown Nuevo Laredo where the gunmen released Teresa and asked the owner of a nearby business for access to the security footage, however, the owner claimed to fear for his life and refused. The owner said the CDN-Los Zetas have absolute control of the city and questions about their activities put everyone at risk.

Gerald “Tony” Aranda is an international journalist with more than 20 years of experience working in high risk areas for print and broadcast news outlets investigating organized crime, corruption and drug trafficking in U.S. and Mexico.  In 2016, Gerald took up the pseudonym of  “Tony” when he joined Breitbart Texas’ Cartel Chronicles project Since then he has come out of the shadows and become a contributing writer for Breitbart Texas.