Unknown terrorists used a bomb to kill two men outside a restaurant in the central Mexican state of Guanajuato. The device injured four more individuals.

The attack took place on Sunday evening in the city of Salamanca when two men riding on a motorcycle delivered a package to Barra 1604, information released by the Guanajuato Attorney General’s Office revealed.

The restaurant manager and one of the owners went to collect the package–which looked like a gift. The box exploded when they tried to open it. Inside the restaurant, a large group were celebrating the manager’s birthday.

The two men died at the scene, while one of the delivery men and three others are listed in critical condition. 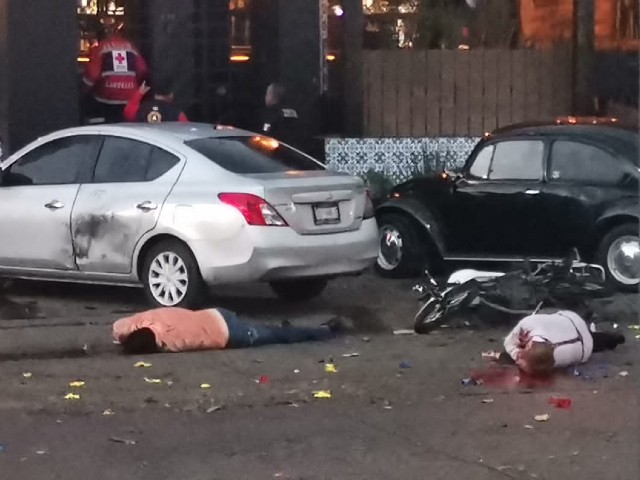 On Monday afternoon, Guanajuato Governor Diego Sinhue Rodríguez Vallejo called the case a terrorist attack, revealing the explosive was “very powerful,” Mexico’s El Universal reported. Rodriguez Vallejo said they were looking into the possible involvement of cartels. The politician said he asked his attorney general to investigate the apparent act of terrorism.

The words by Rodriguez Vallejo clash directly with Mexico’s President Andres Manuel Lopez Obrador, who has refused to use the term “terrorism” even in cases of mass killings of innocent victims.

The once peaceful state of Guanajuato has become one of Mexico’s most violent since Cartel Jalisco Nueva Generacion (CJNG) made a push for control of the region, clashing with smaller criminal organizations.