MISSION, Texas — Governor Greg Abbott joins nine Republican governors along the Rio Grande border with Mexico following a briefing by state officials and the National Border Patrol Council. The state executives are gathering at what has become “ground-zero” for the massive surge of migrants illegally crossing the border following President Joe Biden’s changes in immigration and border security policies in January. 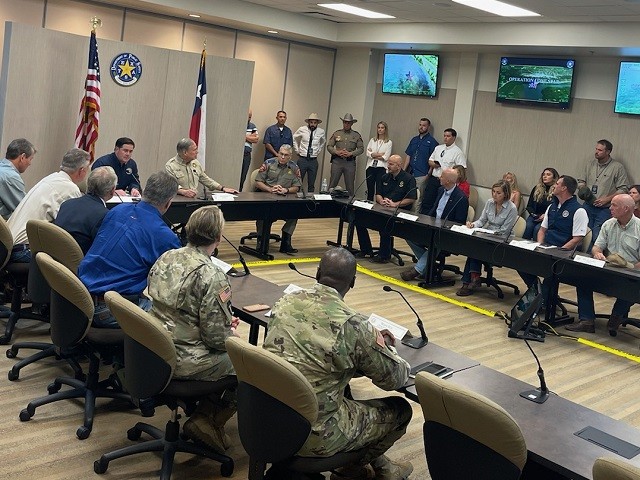 In an appearance on Fox and Friends on Tuesday, Governor Stitt (R-OK) said that his state is directly impacted by what he called “Biden’s failed immigration policies.” “In Oklahoma, we’ve seen an increase in drug & human trafficking,” the Oklahoma governor tweeted.

Today I spoke with @foxandfriends about my upcoming trip to the southern border.

For the safety of all 50 states, our border must be secure. pic.twitter.com/2jvEg29zWV