The Department of Homeland Security is disseminating a mass migration plan devoid of removal mechanisms to replace the soon-to-end CDC Title 42 emergency order. The plan predicts that DHS traditional processing capabilities will be overwhelmed and require an increase in the use of “broadscale release mechanisms.”

The plan, reviewed by Breitbart Texas, acknowledges the end of Title 42 will likely result in a surge in illegal migration along the southwest border. The increase is already manifesting itself as apprehensions rise. In March, Border Patrol agents apprehended more than 200,000 migrants.

The draft plan, recently circulated to senior DHS staff, is dated February 17, 2022. A source within the agency, not authorized to speak to the media, says the plan offers no concrete options other than to exhaust more resources to absorb what will likely be a historic wave of migrants at the southern border. 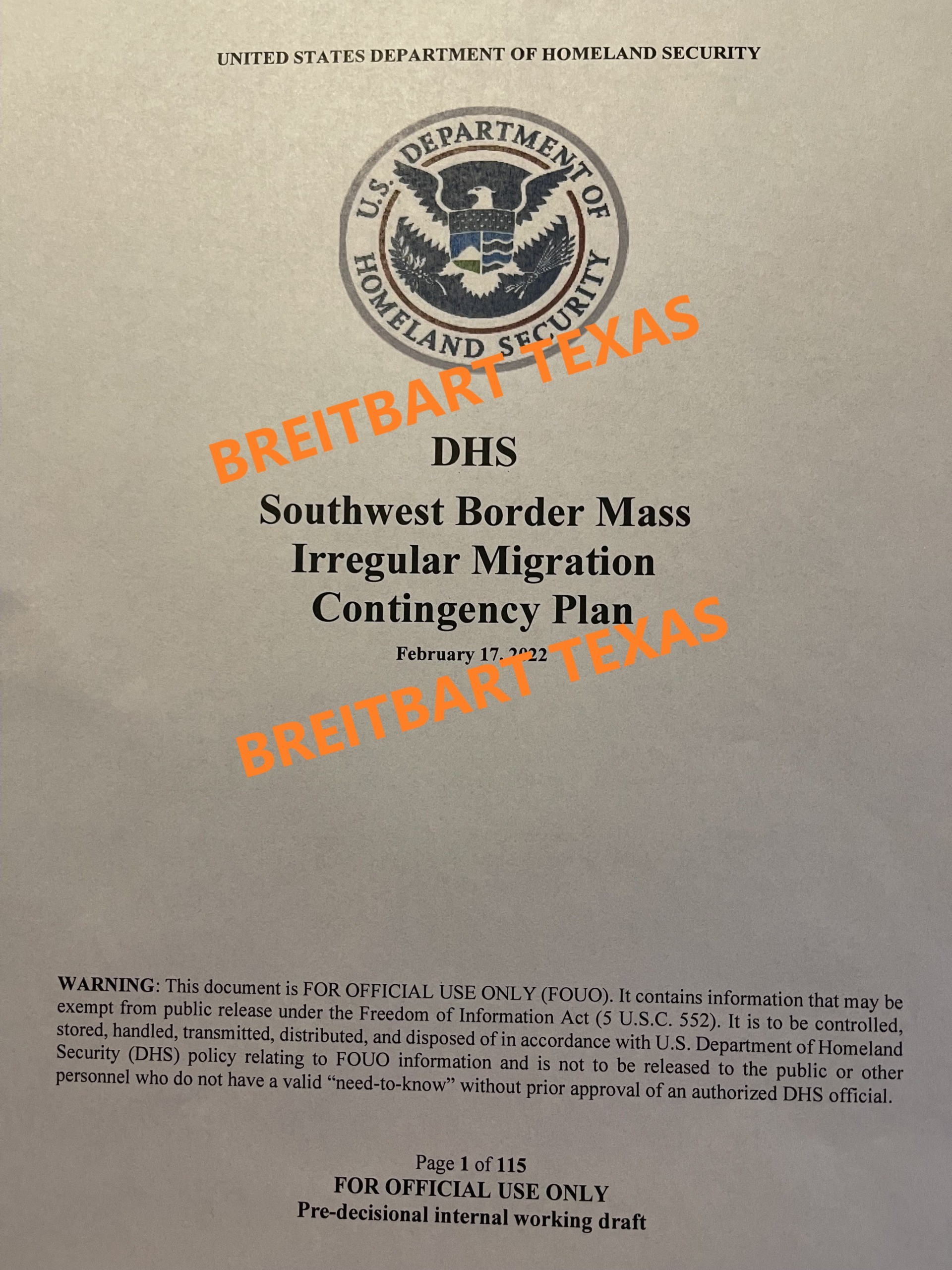 The source says the agency is already exceeding temporary detention capacity at most facilities and the plan will likely mean more holding space will be needed. Cost estimates to operate one temporary facility exceed $5 million per month, according to the source.

The plan offers assumptions once Title 42 is ended and includes the acknowledgement that few legal pathways to removal are left in the wake of early executive actions under the Biden Administration.

The document offers ominous predictions about the impacts of the pending surge to the U.S.-Mexico Border. The DHS document claims most released migrants do not appear for subsequent removal proceedings. It continues:

The plan includes an additional focus on a “Whole of Western Hemisphere” approach as a solution to the worsening border crisis. Part of the plan, reviewed by Breitbart Texas, includes efforts to improve living conditions outside the United States.

The plan does not specify a cost associated with the pending surge in migration.