Cartel gunmen ambushed a police squad in a Mexican border state, killing six and injuring four. The attack took place a few miles south of the Texas border near Nuevo Laredo, a city under the control of the Cartel Del Noreste faction of Los Zetas.

The ambush took place Sunday shortly after 3 a.m., when a group of Nuevo Leon’s Fuerza Civil police was driving a highway leading to the Colombia International Bridge. According to information provided to Breitbart Texas by Nuevo Leon authorities, a large group of gunmen in at least 10 SUVs ambushed the officers in two police vehicles. Despite being outgunned and outnumbered, the officers tried to fight off the attack. 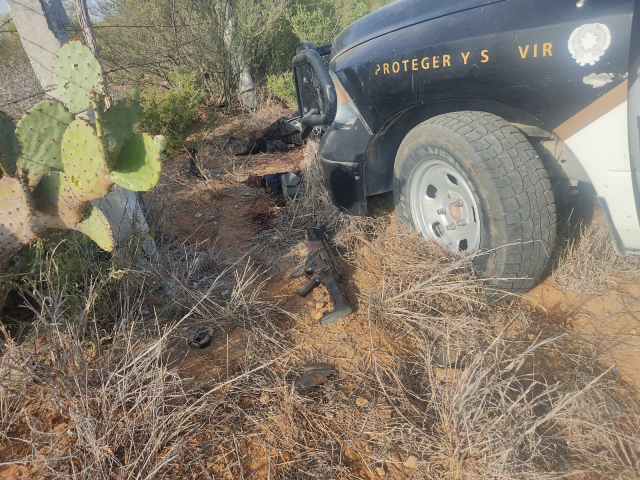 The area of the attack was southwest of Nuevo Laredo, Tamaulipas, the base of operations of the Cartel Del Noreste (CDN) faction of Los Zetas. CDN-Los Zetas routinely patrol their territories in armed and armored convoys with .50 caliber rifles and explosives.

Soon after learning of the incident, Waldo Fernandez, a Nuevo Leon state legislator, posted a Facebook video where expressed his outrage and shared his phone number so surviving relatives of the officers could reach him directly for assistance.