A suspect has been charged for the murders of a 21-year-old aspiring school teacher and her stepfather after a car crash in Georgetown County, South Carolina.

Walters also allegedly shot a third person, Paul McConnell, before bludgeoning him in the face with his firearm. McConnell survived the attack while Anderson and Wall both died after being taken to a nearby hospital.

According to deputies with the Georgetown County Sheriff’s Office, Walters was involved in an altercation with Walls and Anderson after a car crash. That was when Walters allegedly shot and killed Walls and Anderson, and injured McConnell. 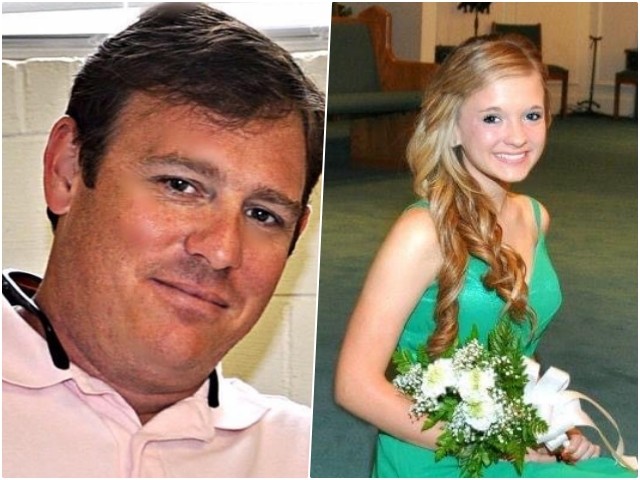 Charles Nicholas Walls and Laura Ashley Anderson were allegedly murdered after a car crash in South Carolina. (Photo via Facebook)

Walls’ wife and Anderson’s mother, Kimberly Wall, said at a bond hearing on Wednesday that Walters should not be released on bail.

“He has taken two of my best friends three miles from my house,” Walls said. “I have other family and I’m just scared for all of us. It has destroyed my life and my family. I don’t want him to get out.”

Jenna Johnson, a relative, told WBTW that Walls and Anderson “meant so much to so many people.”

“Anyone who’s ever met or known Laura or Nick, they knew two of the most wonderful people,” Johnson said. “My niece was simply a gorgeous person inside and out. She had a very positive bubbly personality. She was starting school next week to become a teacher just like her mom.”

Walters is currently being held at the Georgetown County Detention Center.