The roller coaster of the pandemic economy saw the net worth of U.S. households soar to its highest level ever in the second quarter. That followed the largest-ever drop in the previous quarter due to the economic disruption of the pandemic and lockdowns.

The net worth of American households and nonprofit organizations rose 6.8 percent in the April through June period, to $118.96 trillion, according to data released Monday by the Federal Reserve. That is around $380 billion above where it was at the end of 2019.

The wild swings in the stock market have been the biggest drivers in the quarterly changes in net worth. The S&P 500 plunged 25 percent in the first quarter then rose 20 percent in the second quarter, adding around $5.7 trillion to the balance sheets of American households. That rise accounted for about three-quarters of the total increase. 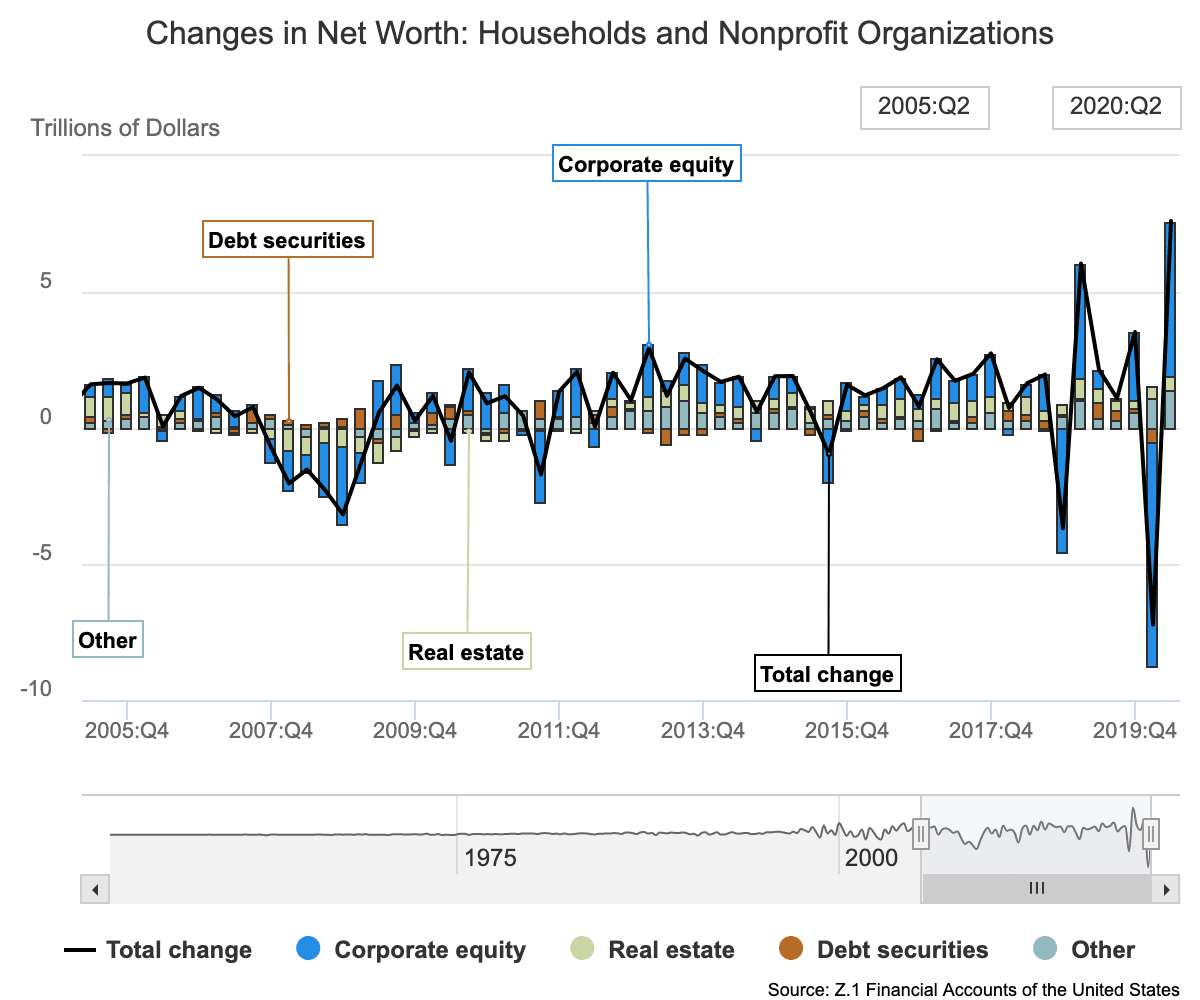 Changes in Net Worth: Households and Nonprofit Organizations, 1952 – 2020

The household sector halted the accumulation of debt during the quarter. Consumer credit fell at a 6.6 percent annual pace to $953.9 billion. Student debt, much of which was covered by payment suspensions during the quarter, was little changed. Auto loans climbed a bit higher.

Federal government debt rose dramatically as the government soaked up cash from investors to fund the huge relief programs authorized by the CARES Act. Federal debt grew at a 58.9 percent annualized pace in the quarter.

The data come from the Fed’s quarterly report on the Financial Accounts of the United States, often referred to as the Flow of Funds report.