President Joe Biden admitted on September 21 that the U.S. border with Mexico has slipped out of control under the watch of pro-migration zealot Alejandro Mayorkas.

Under Mayorkas’s pro-migration policies, the number of migrants has exploded — and threatens to keep rising because Mayorkas is letting about half of the migrants into the United States to take jobs and rentals and to seek U.S. green cards.

In July, for example, 213,500 migrants appeared at the border, not counting people who sneaked across the border.

Roughly half of the 213,500 migrants — 117,000 — were released into the United States, despite the scant evidence that they meet the criteria to win asylum claims and despite federal law which requires they be detained until a judge decides their asylum claim.

One month later, despite rising summer temperatures, 209,000 more migrants appeared at the border, and Mayorkas released 115,500 of them into the U.S. labor market, according to federal data. 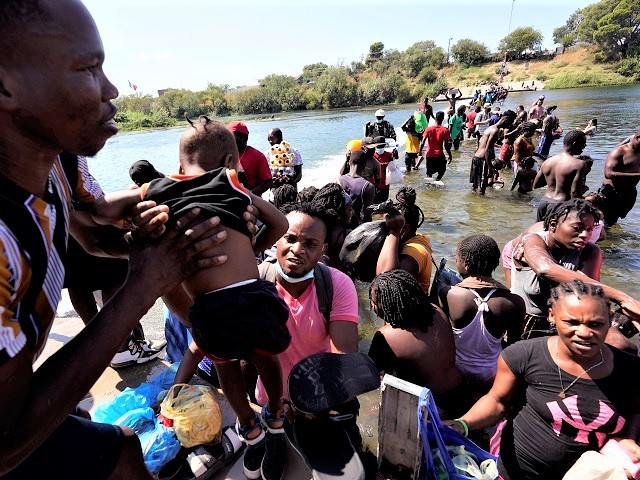 In 2020, President Donald Trump protected American employees from employers’ use of cheap migrant labor. He cut the border intake from 36,500 in January to just 5,300 in August. That inflow added up to roughly 115,000 people during those eight months in 2020.

During the same January to August period in 2021, Mayorkas’s agency has accepted five times as many migrants — about 600,000 — not counting the roughly 340,000 so-called “got-aways” who are being allowed to sneak over the border.

The progressives’ flood of migrants will force down American wages, push up their rents, and reduce employers’ willingness to train Americans or to equip them with new technologies.

Mayorkas, who is a pro-migration zealot, denies responsibility for the migration disaster on his watch.

Among the fastest-growing groups are Haitians. From October of last year through this August, about 28,000 Haitians were arrested trying to cross the U.S.-Mexico border. That is six times the 4,400 arrested during the entire 2020 fiscal year that ended last September.

Mayorkas’s global invite is extracting young people from poor countries for use in the United States’ economy and is also killing many migrants. 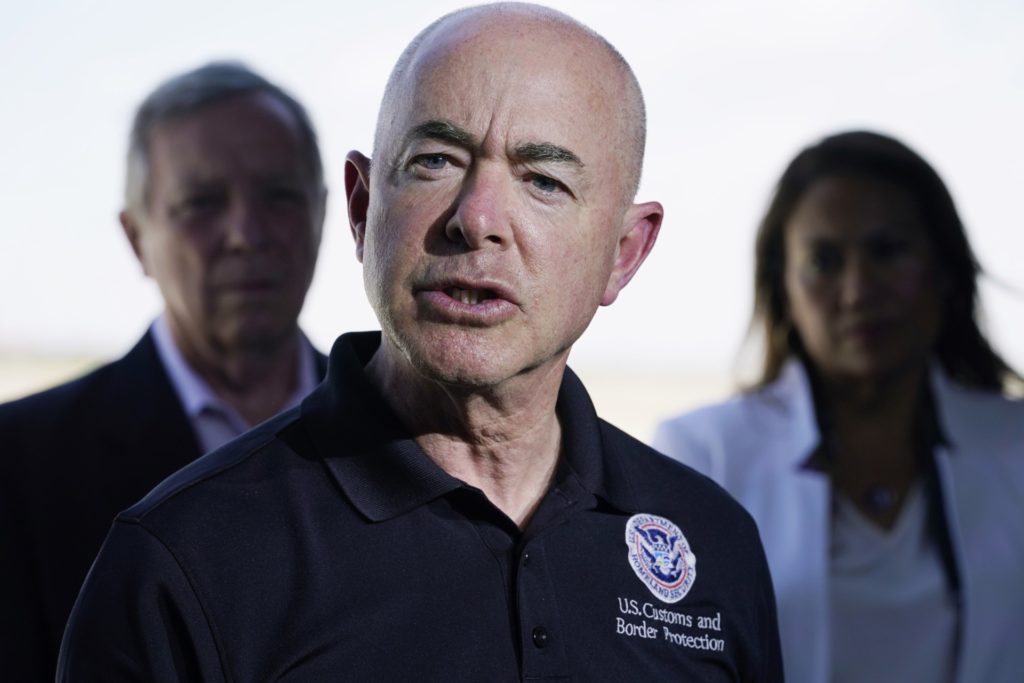 In this June 25, 2021 file photo, Homeland Security Secretary Alejandro Mayorkas talks to the media after he and Vice President Kamala Harris toured the U.S. Customs and Border Protection Central Processing Center in El Paso, Texas. Senior members of President Joe Biden’s administration are in Mexico Tuesday for talks on addressing illegal migration to the U.S., according to the White House. (AP Photo/Jacquelyn Martin)

For example, many migrants die as they struggle through Panama’s Darien Gap jungle to reach Mayorkas’s dangled offer. The Wall Street Journal reported on September 22 about one death among many in the jungle:

Mr. Saintime said he walked ahead to see if he could round up food for his sister, who was getting dizzy and falling behind. Later, at a migrant camp in Panama, a travel companion told him that Jenny fainted and stopped breathing. She had to be left behind, the companion said.

“I don’t know how I’m going to tell my dad that my sister is dead,” said Mr. Saintime, sitting in an indigenous hamlet in Panama. He planned to continue his journey.

The chaos, death, and trauma caused by the progressives’ semi-open-door policy are having an impact on Biden’s polls.

Biden claimed the border crisis was under control. Now he admits he lied. pic.twitter.com/BHW8ZEcL3w