Penniless migrants deported to Haiti told the Washington Post that President Joe Biden had invited them — but suddenly rejected them after they spent their money and risked their lives to reach the Del Rio landing in Texas.

Elie and his family spent their hard-earned savings to travel from safe jobs in Brazil. However, Biden’s officials rejected one-in-three migrants at Del Rio once the TV networks spotlighted the huge and very unpopular migration. Elie was one of the unlucky migrants in Biden’s border lottery and was flown back to Haiti, penniless, jobless, and homeless.

Interviews with nearly three dozen Haitian migrants in Haiti, Texas and Mexico indicated that virtually all expected to be granted entry to the United States. Rumors and incomplete information about asylum and relief, spurred at least in part by the administration’s inconsistent application of border policies, reached them through messaging apps, social media and phone calls.

The newspaper noted that the expectations of welcome matched the reality of Biden’s border policies, as implemented by Alejandro Mayorkas, the Cuban-born, pro-immigration zealot who runs the Department of Homeland Security.

For example, only eight percent of Haitians were excluded by border agents in August. The newspaper noted:

During the first seven months of the Biden administration, from February through August, 92 percent of Haitian migrants — or 24,707 people — were processed in ways that granted them access to asylum claims [and the ability to get jobs]. 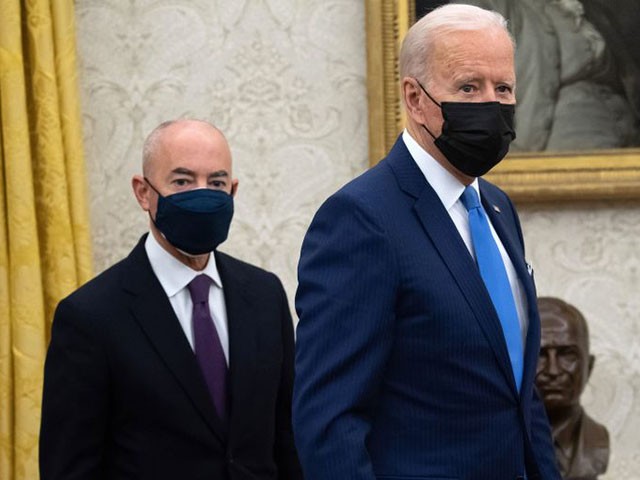 US President Joe Biden stands alongside Secretary of Homeland Security Alejandro Mayorkas (L) after signing executive orders related to immigration in the Oval Office of the White House in Washington, DC, February 2, 2021. (Photo by SAUL LOEB/AFP via Getty Images)

This mass migration is opposed by most Americans because migration makes their families poor.

Yet Mayorkas and his progressive aides ignored the economic data and the polls.

They rushed to welcome many migrants, starting in January, and created a massive wave of hopeful, poor migrants that is now heading towards the American border.

The wave is too big for the administration to hide from the public. In late September, at least 15,000 migrants landed at Del Rio, Texas, prompting low-key but dramatic coverage on the evening TV news shows.

Initially, Mayorkas and his progressive aides allowed most of the Del Rio migrants into the United States, just like they had welcomed at least 800,000 southern migrants since January.

But the TV coverage of the Del Rio chaos reminded Americans why they elected Donald Trump in 2016, and so they crashed Biden’s poll ratings on immigration. 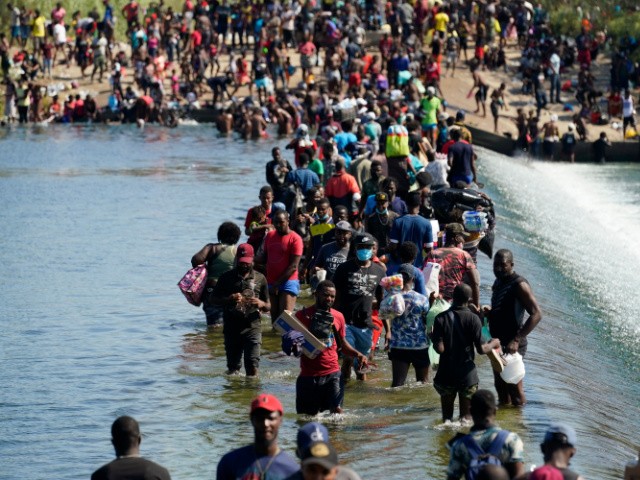 Mayorkas then reversed his policies — partly — and launched a TV-magnified airlift of at least 5,000 Haitians back to Haiti, including many who had trekked from jobs and safe homes in Chile, Brazil, and other South American countries.

Instead of repeating his claim that America must always be a “Nation of Immigrants,” or reminding everyone that the migrants’ dignity is the foremost priority for DHS officials, Mayorkas the Democratic politician packed at least 5,000 Haitians into aircraft — and only told them where they were going once they landed.

The Post’s report did not mention that many Haitians and other migrants have died on their trek to Biden’s dangled offer of welcome. But that murderous side of Biden’s immigration policy — and of the proud progressives’ promised welcome for migrants — got a kid-glove mention in an October 2 report in the Washington Post:

He and five other people had stopped to rest for the night when a group of men carrying machetes showed up. They took from Dennison a bag containing $600, a camera and memory cards. A man who called him “Gringo” ordered him to get inside the tent and zipped it closed.

While in the tent, Dennison could hear a woman crying and a man screaming. “It went from frantic screaming to painful screaming,” he says. He also heard a thud.

“If you die in the jungle, the chances of your body being taken out are very slim,” he says. “I thought I was going to die.”

Neither Mayorkas nor the many pro-migration groups in D.C. have yet explained how murder and rape improve migrants’ dignity. 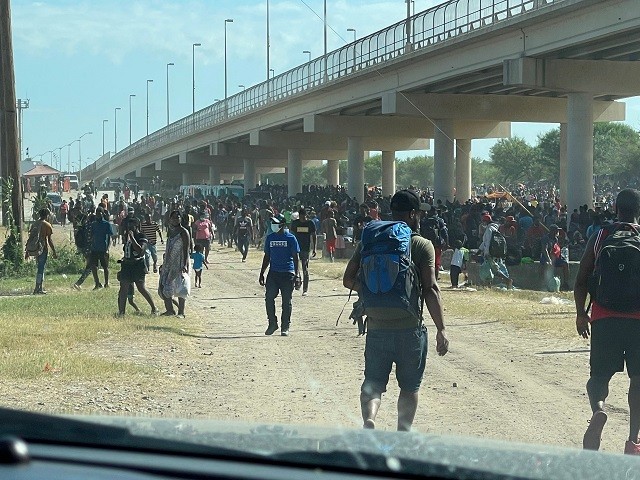 The Post noted one returned migrant’s response to the Biden reversal: The policy flip transformed her from a low-wage, hopeful Biden-migrant in Brazil to a jobless Biden-reject in Haiti:

“Why did this happen to us?” asked Marinise Cédieu Sinaus, 38, deported to Haiti this week with her husband and 3-year-old son. “Lots of people were getting into the U.S. without any problem whatsoever.” Her son, she said, had barely eaten during their five-day detention in Texas and required hospitalization in Haiti.

“I don’t have anything here,” she said. “I want to go back to Chile where I worked at a supermarket.”

Mayorkas and other progressives insist that the United States is a “Nation of Immigrants.” They deny Americans’ right to control their border, manage their labor market, and to grow their own civic culture.

But many years of polling by a wide variety of pollsters, show deep, non-partisan, and broad opposition to labor migration and the inflow of temporary contract workers into jobs sought by young U.S. graduates. This opposition is multiracial, cross-sex, non-racist, class-based, bipartisan, rational, persistent, and recognizes the solidarity Americans owe to each other.