A few Australians are earning $65 per hour washing dishes in downtown Sydney, so the government should extract more cheap labor from other countries, according to the New York Times’ bureau chief in the city.

“On busy nights, dishwashers at one upscale restaurant in Sydney are earning $65 an hour,” wrote author Damien Cave in a long article cheerleading for the importation of cheap labor into Australia, the United States, New Zealand, Germany, Japan, and other wealthy countries. Cave wrote:

As the global economy heats up and tries to put the pandemic aside, a battle for the young and able has begun. With fast-track visas and promises of permanent residency, many of the wealthy nations that drive the global economy are sending a message to skilled immigrants all over the world: Help wanted. Now.

The NYT‘s cheap-labor message was backed up by quotes from other self-interested advocates for cheap labor:

“Covid is an accelerator of change,” said Jean-Christophe Dumont, the head of international migration research for the Organization for Economic Cooperation and Development, or O.E.C.D. “Countries have had to realize the importance of migration and immigrants.”

In the United States, … calls for reorienting immigration policy toward the economy are getting louder. The U.S. Chamber of Commerce has urged policymakers to overhaul the immigration system to allow more work visas and green cards.

One of the approved advocates was Parag Khanna, an Indian immigrant to the United States, who recently told McKindsey.com:

There is a clear self-interest in moving people to resources, and technologies to people, but we’re not going to get to this new equilibrium that we need and want if we’re still governed by antiquated concepts such as [national] sovereignty … The bottom line is this: [business] supply and demand should always dictate [worldwide] migration policy.

The New York Times‘ disapproval of a dishwasher getting $65 reflects the widespread elitist rejection of economic or civic solidarity with their nations’ middle classes.

For example, the claimed $65 is only for weekend hours at the high end Rockpool Bar & Grill in downtown Sydney, and 12 hours a week would provide a worker with $39,000 a year. That’s about $30,000 a year after Australian taxes, barely enough to pay for the $1,000 per month rent on a two-bedroom backyard apartment located one hour from the restaurant’s dishwasher and $40 lamb chop entrees. 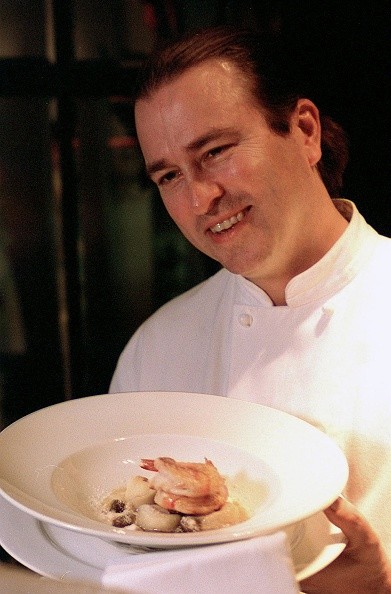 But every other Australian restaurant worker has to work much more than 40 hours to have a decent home because the nation’s mass immigration has exploded housing costs and held down wages.

Most of the migrants have crowded into a few coastal cities, so generating huge revenue and profits for the real estate sector, as well as myriad retailers.

“The price of a typical house in Sydney has multiplied by 17 times in the past 40 years, almost three times faster than wages,” the Sydney Morning Herald reported in November 2021.

Roughly 18 million Australians share their homeland with some 7.7 million migrants — or almost one migrant for every two Australians.

The immigrants include roughly 1.5 million migrants from culturally foreign India and China, who now comprise almost 10 percent of the population.

The huge inflow has also helped to minimize Australians’ wages, reported the business editor at ABC.net.au:

That’s an academic way of saying this: There’s an easy fix to skills shortages — pay higher wages. Instead, the push has been on to import large numbers of extra workers.

There are two reasons why. The first is to depress the price of labour. And the second is that rapid expansion of the population results in a bigger economy and a larger potential market which makes it easier for businesses to make more money without any need for innovation.

[But] Per capita GDP was 9 per cent lower than the OECD’s best performers and our productivity was 15 per cent below the star performers.

Our problem isn’t so much a skills shortage as a policy ruse. We’ve bodgied up the numbers to make it appear we are world leaders when it comes to economic growth. But in the process, we’ve squeezed wages, living standards and productivity.

The Sydney Morning Herald, which announced the well-paid dishwasher jobs on November 21, filled in the gaps not reported by the New York Times:

Apprentice chefs earn as little as [$10] an hour and are expected to work long hours, which participants at a meeting of leaders in the hospitality sector said contributed to labour shortages.

The meeting of industry and government representatives also discussed the findings of a survey which found 91 per cent said there was an over-reliance on foreign chefs in Australian kitchens, while 59 per cent identified a shortage of local chefs.

Mr Costelloe also said some employers needed to “pick up their game” to attract more apprentices and staff: “They’re shooting themselves in the foot if they don’t make their work environment a good place to work, you’re not going to get the staff,” he said. Asked if he would encourage his kids to join the hospitality industry, Mr Costelloe said: “No way.”

Unlike the New York Times, the Sydney Morning Herald quoted an advocate of better pay for employees:

Karma Lord, director of Hospo Voice, the hospitality arm of the United Workers Union, said large numbers of employers had built businesses on wage theft and insecure work, and preyed on the most vulnerable young and migrant workers.  “Trained, experienced workers have quit this industry in droves because they are fed up with being treated like trash, and this has absolutely peaked during the pandemic,” she said.

But business pressure has prompted Australia’s government to import more workers and consumers as the coronavirus disaster is contained. “We are working on a figure of 200,000, it may well be more than that but we will be actively looking to bring as many people into Australia as soon as we possibly can,” Home Affairs Minister Karen Andrews said on November 21.

Migration also shrinks the political power of the news media, which is now failing to cover Congress’ draft plans to further expand legal migration into Americans’ labor and housing markets.