The left is slamming North Carolina Lt. Gov. Mark Robinson for speaking out against teaching children in schools that gender is a choice, including promoting the idea that boys can be girls and girls can be boys.

Robinson spoke at Ashbury Baptist Church in June where he said that transgenderism and homosexuality are “filth.”

Democrat State Sen. Jeff Jackson said Thursday that Robinson’s remarks are unacceptable and that he should resign:

There's no debate here. This is open discrimination. It is completely unacceptable.

But evangelical leader Rev. Franklin Graham posted his support for Robinson on Facebook:

Mark Robinson, the Lt. Governor of NC, is coming under fire for his strong stand against teaching transgenderism and homosexuality in our schools. Democrats, of course, are calling for his resignation. The comments that the woke cancel culture are so upset about were made personally when he was speaking at a church on a weekend. He called these topics being pushed on students “filth.”

Lt. Gov. Robinson said, “To me, it is against the tenets of my religion. But we do not live in a theocracy, and I do not have the right to tell anyone what they practice in their home.” Teaching about those issues in public schools, however, “is absolutely off limits,” he said. He added, “Those are adult topics that should stay in an adult place. They have no business around children. Homosexuality is not a culture. Homosexuality is a sexual preference, and sexual preferences, I believe, do not need to be discussed in our schools.” I totally agree.

The Lt. Governor said the threats and outcry are part of a strategy of intimidation to try to get people to not speak out about their own beliefs on these topics, and he is right. Thank you Mark Robinson for having the guts to stand up and tell the truth. God bless you!

And Robinson is not backing down. 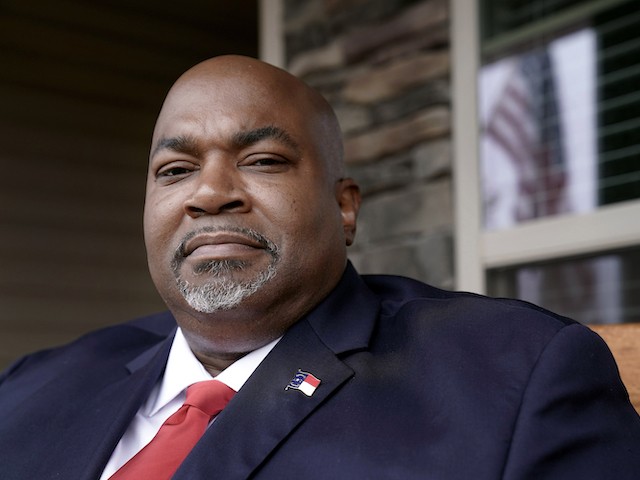 “We will not be intimidated,” Robinson said. “We will not back down. We will not change our language. The language I used, I am not ashamed of it. I will use it in the future because, again, it is time for parents in this state to take a strong stand for their children.”