Nobody wants to be mocked. And if you’re a rock star, surrounded by sycophants for the better part of 35 years, it must be especially hard to deal with being mocked. It makes sense, then, that Don Henley does not like the parody of his song “Boys of Summer,” penned by Chuck DeVore, a Republican candidate for the U.S. Senate, and Justin Hart, his advisor. But Henley’s copyright-infringement lawsuit is far bigger than one rock star or his feelings. Henley’s lawsuit undermines the First Amendment right to speak freely. 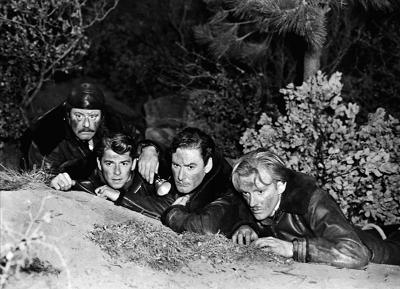 Don Henley makes no effort to hide his political leanings. In addition to performing at scores of fundraisers, Henley has given about $750,000 to partisan, liberal causes, including $10,000 to Barack Obama and $9,000 to DeVore’s soon-to-be opponent, Barbara Boxer. Henley also exploits his music to advance a liberal, political agenda.

Henley’s “Boys of Summer” is no exception. On the surface, “Boys of Summer” is a wistful look at an old romance, a fling between two kids, now grown, who have moved on with their lives. But the song also has a clear political message. Henley says that the second verse of the song-the one with the famous line about seeing “a Dead Head sticker on a Cadillac”-was about the essential failure of Sixties’ politics: “I don’t think we changed a damn thing, frankly…. After all our marching and shouting and screaming didn’t work, we withdrew and became yuppies and got into the Me Decade.”

DeVore and Hart’s parody turns “Boys of Summer” on its head. It substitutes Barack Obama for the singer’s love interest and has Henley (and other outspoken celebrity liberals) dreaming wistfully of the time before President Obama’s election: “We will never forget those nights/ We wonder if it was a dream/ Remember how you made us crazy?/ Remember how we made you beam.” The song asks whether the parties’ naïve love affair can survive the circumstances since, particularly President Obama’s broken promises and failure to deliver on the promised “hope.”

DeVore and Hart’s parody is not for everybody. Hart’s vocal performance may not be for anybody. It may be bad art. But it’s not copyright infringement. As Henley’s own lawyer puts it, “[T]he purpose of copyright law is to encourage the production of new, original works….” But DeVore and Hart have done nothing to discourage the creation of new, original works. They have not reduced the value of Henley’s song; they have not made Henley or anybody else less likely to create pop songs in the future. Copyright law has no legitimate interest here.

But the First Amendment does. This country was, in Lincoln’s famous phrase, “conceived in liberty,” and our national constitution contains a very clear protection of every Americans’ right to speak freely. This protection applies with special importance to political speech. DeVore and Hart’s parody is core political speech, a creative effort to reach voters with a message. Don Henley is free to dislike the parody. Everybody is free to dislike the parody. But nobody has the right to suppress DeVore’s speech.

Chris Arledge is a partner of Turner Green LLP, an Orange-County based intellectual property firm. He represents Chuck DeVore and Justin Hart in the Don Henley lawsuit. He can be reached at carledge@turnergreen.com.