On August 19th, President Obama conducted an Internet conference to draw support from faith leaders for his health care package. He used explicit, religious language to engage the audience, “I know there’s been a lot of misinformation in this debate. And there are some folks out here who are, frankly, bearing false witness.” 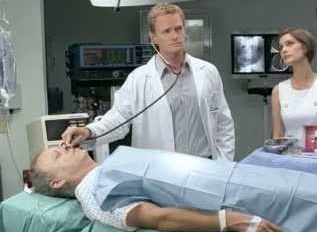 “Thou shalt not bear false witness…” Sounds familiar. That would be one of the Ten Commandments liberal judges say cannot be posted in public schools, or on government monuments because that would be an establishment of religion by the US Government.

Here’s the President of this pluralist, secular, democracy paraphrasing Cain and Abel found in the book of Genesis: “…what I consider to be a core ethical and moral obligation that we look out for one another, that I am my brother’s keeper and I am my sister’s keeper.”

We have a moral obligation? So now we can legislate morality. Check.

I’m not even sure what Obama means by this, “We are God’s partners in matters of life and death,” I was kind of hoping he still thought it was above his pay grade.

“Should” is a moral word —a philosophical one. You can’t weigh it in a lab, it cannot be found in the materials. So to tell America’s (liberal) religious leaders to spread the word that we should pass the President’s health care plan, he’s pushing a value from his office as the president.

He’s actually living out what the left has railed against when a Republican refuses to divorce their religion from their political decisions. I just wanted to mark this day that the POTUS used his state position to disperse a religious, philosophical point of view…and all I can hear from the ACLU are crickets chirping. NAMBLA-defending crickets.

I smell a rat. It’s implied that when Republicans call up religious support that we are just doing it to manipulate the Gods-n-guns folks. When Bush reaches out to faith leaders it’s duplicitous and inherently manipulative. But when the left does it, it’s genuine — they have somehow divined the true spirit of Christ in our political discourse. The right is pandering to faith communities while the left is reaching out to faith communities.

The answer is simple, the true religion of the left is pragmatism, and even the Christianity they hate will be embraced so long as it gets them to their leftist, Utopian goals. That’s why a Republican can be gay, a woman, a black man, a poor fellow, and they are still demonized. The left doesn’t hate blacks. It’s that they love their own ends more than any standard, value or government. If turning a blind eye to the horrors of Islamists is useful, then so be it. But don’t think that they actually embrace Christianity. Because as soon as a Republican Christian is in office it will be back to “Jesusland” and “God-n-guns” rhetoric.

Cindy Sheehan told Byron York, “The ‘anti-war’ ‘left’ was used by the Democratic Party. I like to call it the “anti-Republican War’ movement.” But Cindy didn’t go far enough. Because they won’t just use the anti-war left, but the Democratic Party will use Christians, gays, Mormons, terrorists, body-counts, Republicans (Specter), southerners, high unemployment, low unemployment to achieve their means. And as soon as they’re done using any of these in the back seat of the Donkey Van the same groups are discarded. Cindy Sheehan who?

But as for me and my house, we welcome religion into our politics. I just want the left to remember this day where with this posting I supported the President’s reaching out to lefty religious people.

Religious politicians acting on their faith is not an establishment of a government church, nor was it when Bush did it.