Monday night’s episode of the ABC crime series “Castle,” the second of its fourth season, signified a return to the show’s winning, quirky formula after the near-stumble of its season premiere. I’ve praised “Castle” in the past, and though its third season’s finale gave cause for worry, the series’ most recent episodes provide an object lesson in entertainment programming, especially for genre writers. 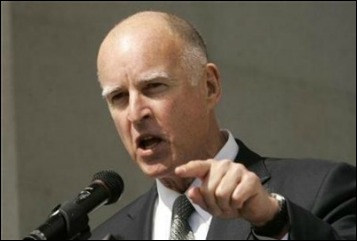 For those who haven’t seen the series, “Castle” is a semi-comic police procedural about a bestselling mystery author, Richard Castle, who finds himself partnered up with a beautiful female police detective in Manhattan, Kate Beckett, to help solve crimes. The implausible premise is no impediment to enjoying the show, as its stars Nathan Fillion and Stana Katic are both a delight to watch as the central characters; their skill as performers is evident and easy to appreciate.

In addition, and even more importantly, the gaudy premise matches the show’s narrative style; it is a throwback to the great tradition of American surrealistic mysteries of the 1930s and ’40s. That’s a very important–and, alas, currently underappreciated–trend in mystery fiction exemplified by the writings of Ellery Queen (the truest master off the form), Fredric Brown, Anthony Boucher, Craig Rice, Hake Talbot, Joel Townsley Rogers, Herbert Brean, and the other great master of the form, John Dickson Carr (and these writers all owe a debt of gratitude to the earlier British crime fiction of G. K. Chesterton, the American Jacques Futrelle, and a few others).

What these and their contemporaries excelled at was creating a sense of wonder, building a fantastic situation that has an inexorable logic of its own. In their way, they conveyed a sense of American life as a realm of astonishing possibilities ultimately grounded in common sense, logic and morality. It’s a form of fiction I enjoy greatly and which I think has much to recommend it.

“Castle” exists in that tradition. A typical episode will begin with a bizarre murder, then progress to the investigation of a series of quirky or downright bizarre suspects, witnesses, and clues while the two lead characters work out matters from their personal lives and their powerful but largely unspoken attraction to each other. It’s great fun, although the events of the show are serious and often have important implications.

Last season’s finale cliffhanger, however, went in a more overtly suspenseful and dark direction, ending with Beckett shot by a sniper as she spoke at her former boss’s funeral. It was much more like an episode of “24” than “Castle” viewers would expect. And this season’s opening episode was much darker in tone than the usual. As Beckett recovered from her grave injuries and the detectives investigate the attempt on her life, she and most of the other major characters were upset with Castle for various reasons. He, too, was down in the dumps, concerned that failing to declare his love for Beckett could have made a difference in their lives.

All of this angst came off as very 1950s-Ellery Queen in approach, but that decade, alas, was not a good one for Queen.

Although the cliffhanger episode and the season opener were interesting and quite watchable, neither played to the show’s strengths. Fortunately, last night’s episode marks a solid return to the program’s basic formula. The murders are committed by a costumed superhero who carries a samurai sword with which he cleaves a would-be rapist literally in half, from head to, well, groin.

That may sound very modern (in its spectacular grossness), but in fact it’s the kind of thing one often finds in novels by Queen, S. S. Van Diane, and others. It’s crazy but just barely possible, enough to keep you from throwing the book at the wall (for me, at least). And the scenes surrounding the murder in this “Castle” episode are handled without excessive gore– in fact, rather comically, as a morgue sequence shows two adjacent body bags holding the two halves of the body.

Castle and his daughter also work out their problems, which had left her bitter towards him in the previous week’s episode. The episode also includes some interesting background information on the world of comic book fiction, fizzy dialogue between Castle and Beckett, and several goofy suspects with weird personalities and nutty motives.

In addition, it is revealed–though not to Castle–that Beckett was indeed still conscious when he told her he loved her as she lay presumably dying at the end of the previous season’s cliffhanger episode. It’s a very good plot development which holds promise for much irony and emotional dueling in future episodes.

So, what’s the lesson here for genre writers and admirers alike? It’s all right to wander outside the boundaries once in a while, but the boundaries are there for a reason: because the conventions of any particular genre work. They come into being, after all, because people literally buy the narratives that take on that form. And I would posit that people like these narrative conventions because they speak the truth to them in a pleasing way.

“Castle” does this too–and that, I believe, is what makes it both popular and deserving of its success.