Steve Martin doesn’t want to be left out of the new wave of comedians who suddenly find government overreach a source of humor.

Martin turned to Twitter this weekend after pedaling past the UN building to make his own comic statement on the National Security Agency’s caffeinated spying practices on U.S. citizens revealed in recent days.

Wearing my NSA spy-phone helmet as I bike by the UN is the definition of cacophony. pic.twitter.com/mEvNIJEFst 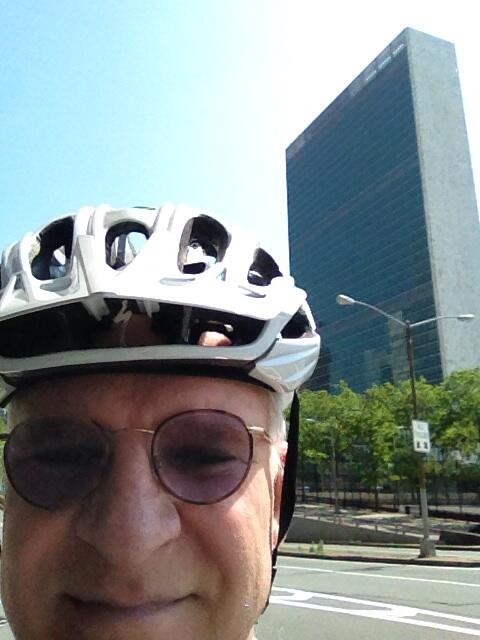