Jones, formerly represented by ICG, was killed in a train accident on Feb. 20 while filming the low budget project in Georgia. The tragedy reportedly led to widespread grief in Hollywood and the reevaluation of potential hazards on movie sets.

“The app includes the employers’ obligation to provide a safe workplace and the members’ right to refuse work that presents an imminent hazard,” ICG Executive Director Bruce Doering said.

Apple and Android union members now have access to around-the-clock studio safety numbers, emergency information, and a tip line for Local 600. The program will reportedly be updated continuously, so users know how to respond in the event of an emergency.

Jones, 27, died while shooting a dream sequence on the first day of the production. The crew assembled a hospital bed to be placed on train tracks as part of the scene. A train heading the crew’s way blew its whistle, but the bed could not be removed from the tracks in time. The train hit the bed, sending metal shards flying. One hit Jones, knocking her into the path of the train.

Local production community members said Jones had a “cheery” disposition and did not express concerns about locations safety. Her father told The Hollywood Reporter that the night before the accident, she revealed in a phone conversation “she had a few concerns.”

The Georgia trial date is scheduled for March 9, when four defendants face charges of criminal trespass and involuntary manslaughter. Each has reportedly pleaded not guilty.

“We talk about safety constantly here and we hope this app will be universally used. It’s good for the entire industry,” said ICG president Steven Poster. 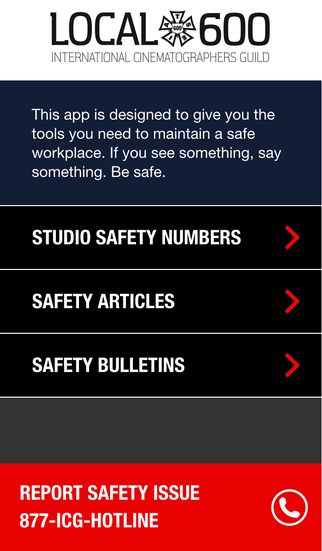