They say behind every great man is a great woman, and that old adage rings true for Mark Wahlberg and his wife Rhea Durham.

The former model had a few words this week regarding the perceived assault against husband Mark Wahlberg’s place as the one true Calvin Klein model.

Durham, a former fashionista herself, took to social media to discuss the real legacy of the famous brand, which she believes belongs to her husband.

She continued, saying “My baby was the 1st and the best…And not to mention……wow the retouching.”

Most likely, this is in reference to untouched photographs from Bieber’s shoot, which were acquired by the website breatheheavy.com, and reveal the pop singer had been blessed with a newer and larger penis.

Through the alteration, “The Biebs” was also given a happy trail and some form of a butt lift. 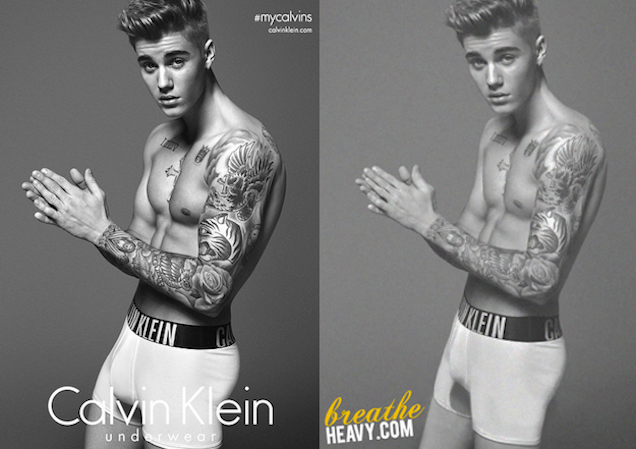 Durham’s comments sent the Bieber army on the defensive when they slammed Durham for voicing her opinion. But that didn’t stop her.

She continued, stating, “I’m not censoring how I feel about my husband! That’s my Man…..sorry! One day Justin will have a wife too and she’ll do the same!”