My fellow Americans, I ask you to call on your congressmen and senators. I call for an awareness campaign, boycotting every Hollywood TV channel, show, movie, entertainer, studio and network that has been one of President Barack Obama’s supporters unless they demand he defines the threat to Jews, Christians and peace-loving Muslims around the world.

The beheading of 21 Egyptian Coptic Christians is nothing new.This has been happening across the Middle East: churches burned in Iraq, Nigerian Catholic missionaries killed, crucifixions and attacks on Jews, journalists and cartoonists.

By not defining what is happening across our globe President Obama is acting like the leader of a Mafia family and not Commander in Chief. Imagine Obama being put before a congressional hearing where he is asked if the Mafia existed and he pleads the fifth! Would this be accepted?

A grand jury should be called – this President is not above the law – and he must be held accountable. His lack of resolve in defining radical Islam and Hollywood’s silence in not demanding he do so is the greatest threat to freedom and our way of life, not global warming or the environment.

By not doing so, Obama is crippling the efforts of those courageous leaders in the Middle East such as Egyptian President Abdel Fattah Al-Sisi and and Jordan’s King Abdullah II. If I had the power of Clooney, Katzenberg, Weinstein and other Hollywood powerbrokers who helped put this president in office and back slap around with him, I would demand the immediate change of his intellectually dishonest and dangerous policy of political correctness.

Every informed expert is shaking his head and wondering why? It is whispered all over from many I speak to — “the emperor has no clothes!”

This president is not being held accountable for a policy that is emboldening those wishing us harm while rendering helpless those scared to face an ideology taking root like a flesh-eating disease of which no antibiotic is working to cure.

I have asked that a worldwide symposium of leaders meet and define, once and for all, the scourge of this religious aberration. You in Hollywood, who have influence and yet sit idly by, are supposed to as creative types read the times. What is stopping you from demanding that Barack Hussein Obama stand up for truth? What is your agenda? You should all be put forth before a grand jury and answer to your compliance. 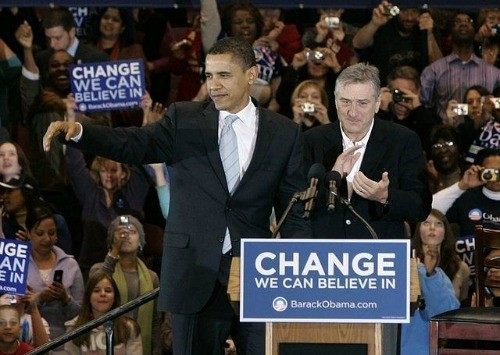 Are there any leaders from either party that are able to create momentum in having Obama censured? I have written about this threat for 10 years and have known of it since 1988.

While you all get your teeth whitened, hair colored, laser treatments, sun tans and balls waxed getting ready for the Academy Awards, remember your failure for not speaking out. If 21 elephants, tigers or whales were suddenly beheaded the whole of Hollywood would be speaking out! The absurd behavior of the White House is something that the American citizenry can no longer stand by and not address.

Start demanding this administration offer a clear definition of what is happening. By not doing so Obama appears to be in cahoots with an enemy that is quickly becoming more difficult to control.

Why is he not able to speak out? There are 1.6 billion Muslims and rising. If 10 percent of the population is radicalized that equals 160 million people!

It is like the attempt to give everyone a trophy, even though non-deserving. We are all the same, no one is different, not even certain terrorist groups.

The president doesn’t define them as radical Islamists for fear of Americans will see all Muslims as extremists. Well, the Mafia was defined as such and not every Italian was looked at as being in the Mafia. Italians still dealt with having to divorce themselves of prejudice.

So, I ask where are those in Hollywood who are strong supporters of Obama … why aren’t you demanding he act as the leader of the free world and not a university professor and student of Noam Chomsky?

Obama fiddles while Christians are being exterminated. Demand definition now.