There’s no denying that the “selfie” has become wildly popular in the past few years. Some would even refer to the craze as a narcissistic cultural epidemic.

According to a March 2014 Pew Research Center Poll, more than half of millennials, aged 18-33, have snapped a self-portrait and shared it online. The Oxford English Dictionary even named “selfie” its 2013 word of the year.

The rise of the selfie portrait, which originated in 1839 when chemist-turned-photographer Robert Cornelius first captured one, pictured below, has coincidently led to the creation of several technological devices to assist with taking the perfect selfie. 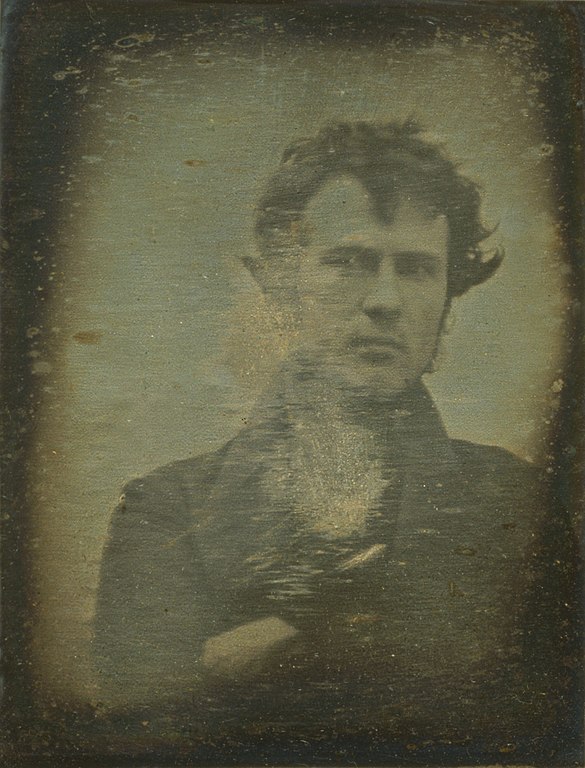 The selfie stick, for example, is a monopod that allows people to use their camera or smartphone to snap an image beyond normal range of the arm.

The commander-in-chief goofing around with a selfie stick while promoting ObamaCare in February:

There is an issue with the selfie stick, though, which is finding the proper place to store it between shots. Critics have also associated the device with the narcissism of modern American society, with many dubbing the stick as “Narcisstick” and “Wand of Narcissus.”

Miz Mooz, an exclusive fashion label based in New York City, has introduced a new tool with the potential to solve all selfie photography problems: A laser-cut heel that comes in a vintage cherry shade.

“The selfie stick is a great solution to a problem. But, in turn, it has created a new problem. This was the opportunity for Miz Mooz to create an even greater solution,” said design director Cheryl Matson.

The secret to the “Selfie Shoe” is the dual purpose open square toe. Not only is it fashionable, but it’s a dock in which you can slide your phone into. This means you can take a photo as far as you can stretch your leg.

Another benefit to the selfie shoe is that both hands can be seen in the photo. There’s no word as to whether or not the creation is an April Fool’s joke, but Miz Mooz is expected to comment tomorrow.