Into the theatrical dumping ground of October in 1984 went a sci-fi/action film written and directed by the talent behind “Piranha Part Two: The Spawning,” and starring the body builder/Conan guy who strained to speak English.  On 1,005 screens, “The Terminator” grossed $4.020 million and took the number one spot for the weekend, which was a big enough surprise.

It’s what happened the following weekend that made people sit up and take notice.

The now defunct Orion Pictures expanded “The Terminator” to just +107 additional screens. Nevertheless, the film out-grossed the previous weekend by +5%. Word-of-mouth was spreading. Before its run was over, writer/director James Cameron’s shot at the big-time would gross more than ten times its $6.4 million budget. Nearly $40 million domestic and another $40 million overseas.

On cable and home video, the tale of a cyborg sent back in time to kill the mother of a future resistance leader would cement its place as a bona fide sensation. 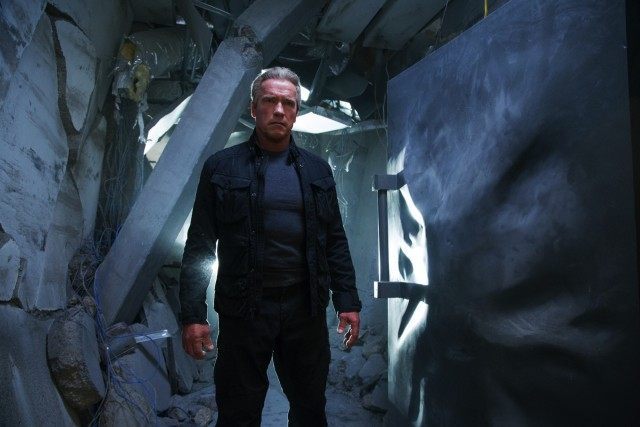 And so a franchise was born… One that would carry on at least another thirty years — straight through to today when that body builder/Conan guy returns for chapter five, “Terminator: Genisys.”

The hope behind the $170 million fifth-quel is much more than just another summer box office hit. This is Marvel’s world, after all, and we’re just living in it. “Genisys” is all about rebooting the mythology through a time shift (see 2009’s “Star Trek”) that will open up an entirely new “Terminator” franchise and universe.

Like the trailers, the “Genisys” reviews aren’t so great (including mine). All that matters, though, is the box office. We’ll know a lot more on Monday. In the meantime, let’s look back at the “Terminator” franchise thus far…

Legend has it that writer/director James Cameron initially offered Schwarzenegger the hero role of Kyle Reese (that eventually went to Michael Biehn). Demonstrating the show business savvy that would make him a superstar over the next two decades, Schwarzenegger recognized that the real star of “The Terminator” was the bad guy, the Terminator T-800 Model 101 he would go on to make as culturally iconic as Bugs Bunny and King Kong. 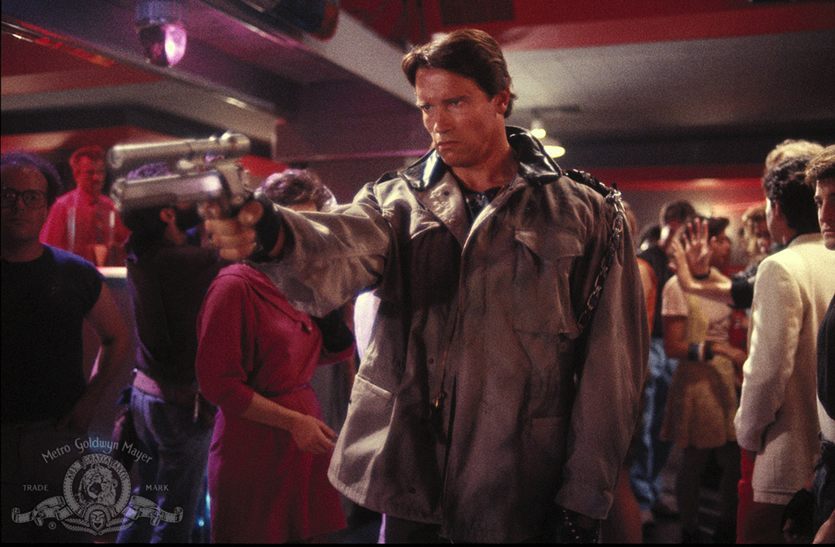 Much of the film’s enduring success is due to the genius of simplicity found in Cameron’s plot. In the year 2029 an artificial intelligence known as Skynet has taken over the world. Machines rule. Humans are hunted for extinction. The remaining human rebels are led by a man named John Connor, who is winning. To stop him, a Terminator is sent back in time to 1984 Los Angeles.

This Terminator “can’t be bargained with. It can’t be reasoned with. It doesn’t feel pity, or remorse, or fear. And it absolutely will not stop, ever, until you are dead.” And it has only one mission: kill John Connor’s mother Sarah before John can be born.

John Connor sends his top soldier, Kyle Reese (Biehn), after the Terminator with the thankless job  of protecting Sarah (Linda Hamilton). While on the run from the T-800 and local police, the two fall in love. Before Reese is mortally wounded, the lovers spend one night together — and in a twist that would drive the emotional core of much of the franchise — John Connor is conceived. 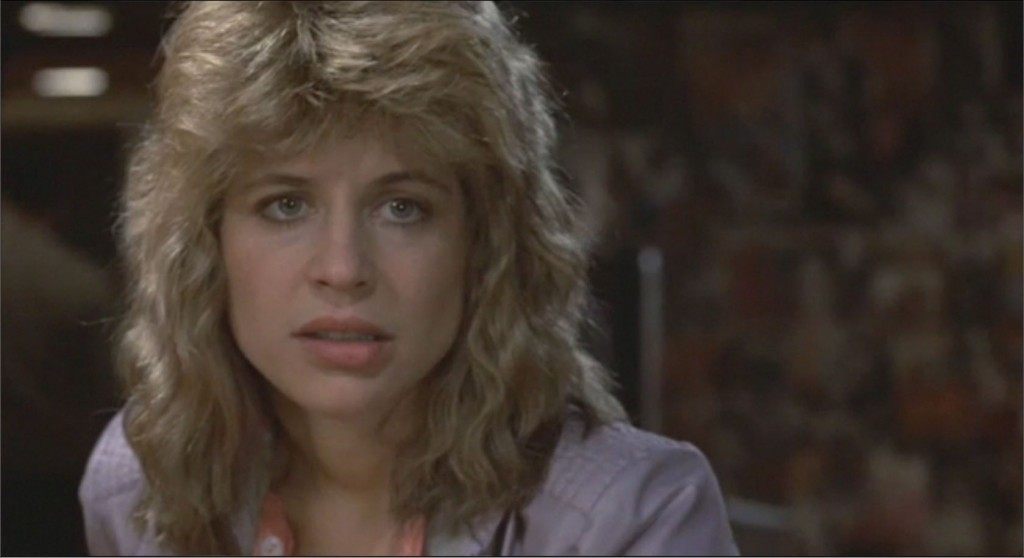 It took two years, but “The Terminator” was the first American film to ape the relentless pace and breathless action of Australian director George Miller’s landmark 1982 masterpiece, “The Road Warrior.” The payoff was enormous, especially for Cameron and Schwarzenegger, who were launched into the Hollywood stratosphere, where, through some bumps and hiccups, they remain to this day.

Thirty years later, “The Terminator” still works. While a few of the effects might look a little crude, the story’s imagination, pace, and heart have lost none of their impact. If anything, after ten years of meterosexual action heroes and shaky-cammed photography edited in a blender, “The Terminator” still feels fresh. Then there’s the unsparing brutality of the T-800. After twenty-or-so viewings, watching Arnold gun down those first two Sarah Connors in cold blood still rattles. 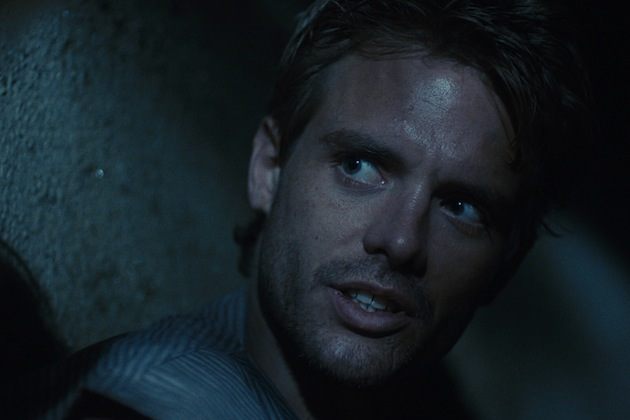 For obvious reasons, Cameron and Schwarzenegger overwhelm the legacy and memory of The One That Started It All, and to a lesser extent (primarily due to her role in the sequel)  so does Hamilton. Lost in all the greatness is Michael Biehn, who is astonishingly good and completely convincing as a warrior who knows only war. Reese’s internalized pain and bitter anguish, coupled with his wholesome yearning for Sarah, creates a character that is the perfect opposite to Schwarzenegger’s starkly uncomplicated cold-blooded killing machine.

Many an 80’s action film would recreate the love scene between Kyle and Sarah. Thanks to Biehn’s performance, though, none would match the tender release of a moment that had absolutely nothing to do with the conception John Connor. In a life filled with only sacrifice, loss, and horrific battle, a selfless soldier knew only one exquisite moment in his short, terrible life — and this was it.

It took seven years for technology to catch up to Cameron’s imagination (and for some lawsuits to be settled), and it was worth every single second of the wait.

Despite being the most expensive movie ever made at the time, despite a half-billion dollars at the box office, the real achievement of “Judgment Day” is how it blew away expectations that were already impossibly high.

After “Terminator,” Cameron would go on to burnish his reputation as an action director’s action director by writing the script for “Rambo: First Blood Part II” (1985), and directing the jaw-dropping smash “Aliens” (1986) and the less successful but no less impressive “The Abyss” in 1989. 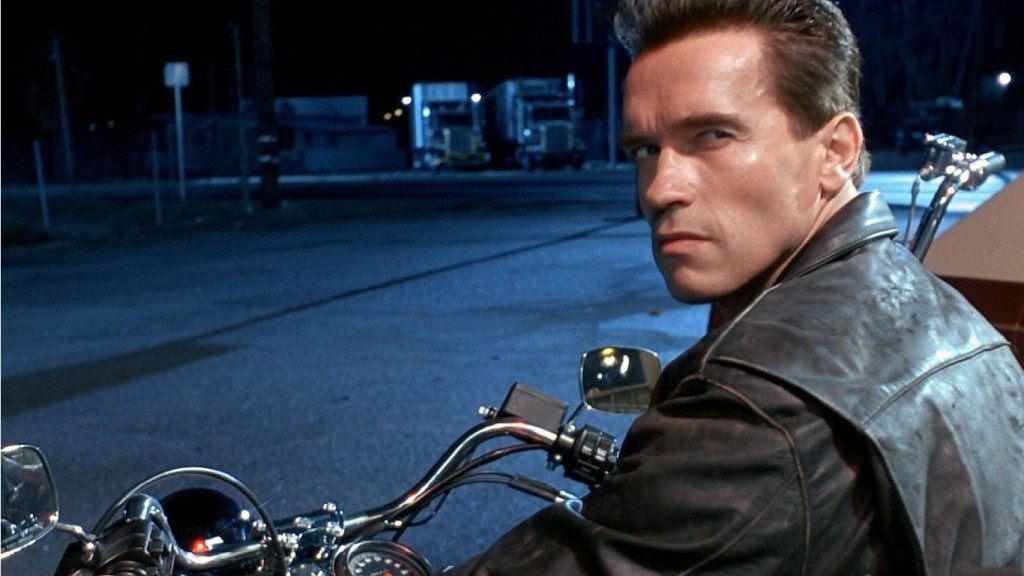 No one who filed into a movie theatre exactly 24 years ago tomorrow (July 3, 1991) wasn’t demanding to be dazzled; no one who walked out of that theatre 136 minutes later wasn’t dazzled … and a little dazed.

Sarah Connor is institutionalized. Ten-year-old John Connor (Edward Furlong) is a delinquent in foster care. In 2029, Skynet develops the Terminator T-1000 (a superb Robert Patrick), another relentless killing machine but one made of liquid metal. This is what they have sent back in time to kill John. A reprogrammed T-800 (Schwarzenegger) has been sent back by John Connor to save his younger self.

Cameron’s perfect blend of in-camera practical effects and computer effects still makes for one of the best action films ever made. If only Hollywood had hung on to this formula.

Whereas “Terminator” drove a theme about fate, “Judgment Day ” drives a theme about what it means to be human, and does so through an astonishing role-reversal. Ten years later (the film is set in 1995) sweet, lovable Sarah Connor is now a Terminator, a lean, mean killing machine that can neither be stopped nor reasoned with. By contrast, Schwarzenegger’s Terminator learns what it means to be human through 10 year-old John Connor. 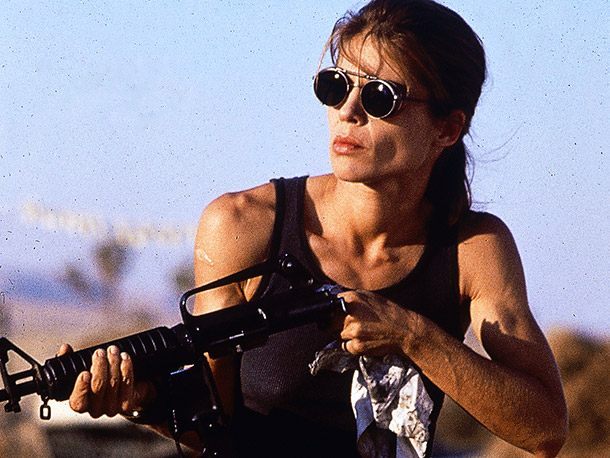 Hamilton’s physical and psychological transformation is simply astounding. She is utterly convincing as a woman driven to self-destructive obsessions and animalistic-impulses by her knowledge of a hopeless future. Just as impressive is Cameron’s plotting, which is impeccable. There are no lapses in logic and no contrivances. One scene effortlessly leads to another, which is quite an achievement when you are working in the genre of time travel with the added burden of being a sequel.

Once again, Cameron’s simplicity of story wins the day. At the conclusion of the original “Terminator,” the only thing saved was the future. All the horrors created by Skynet between August of 1997 and John Connor’s apparent victory over The Machines in 2029, was still destined to happen. It makes perfect sense, then, that Sarah, a woman with a child and all of this terrible knowledge, would crack under the strain. 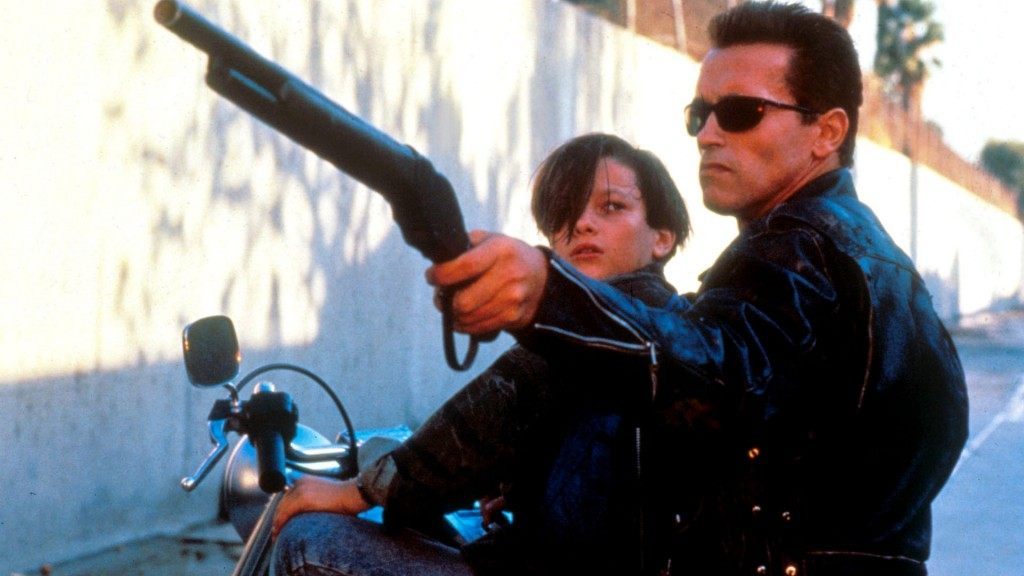 “Judgment Day” has neither the sweep and scope of an epic, nor the leanness of a visceral action film. For that reason it feels longish at times, and a bit too programmed for broad appeal. The parts more than make up for the sum, though. Imagination and the talent bringing it to life can be found in most every scene.

Who will ever forget the horror of realizing that the T-1000 cannot be stopped, even after it has been frozen solid and exploded into a million pieces.

To quote the T-800 in “Terminator: Genysis,” bite me, haters, this movie rules.

Something held up Judgment Day. It’s been 7 years since 1997, and The Machines have yet to inherit the Earth. 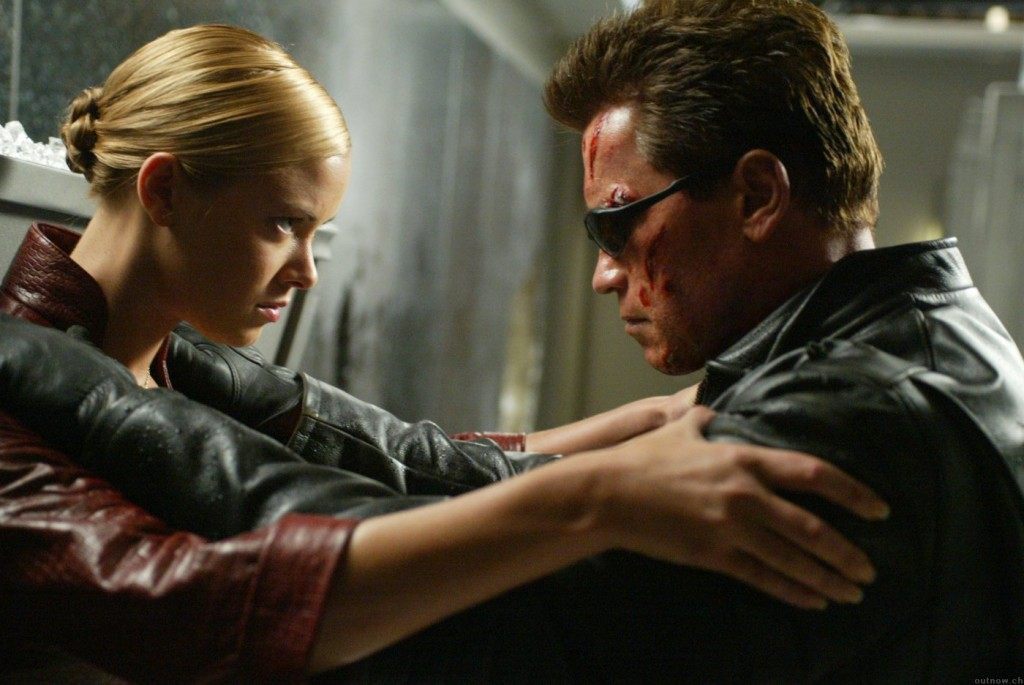 The year is 2004 and cancer has taken Sarah’s life. Today, her ably-trained son John (Nick Stahl) is living off the grid and living in eternal fear of being hunted by yet another Terminator sent back from 2029. Those fears are confirmed by the T-X (Kristanna Loken), a sexy Terminatrix even more advanced than the T-1000. Like her predecessor, she is made of liquid metal, but she can also turn that metal into complicated machinery.

As she hunts John down, the T-X multi-tasks by murdering other future resistance leaders.

To the rescue again is Schwarzenegger’s Terminator, which has been upgraded with nuclear fuel cells to a  T-850. The only reason for this upgrade appears to be for a series of splendidly cinematic explosions. 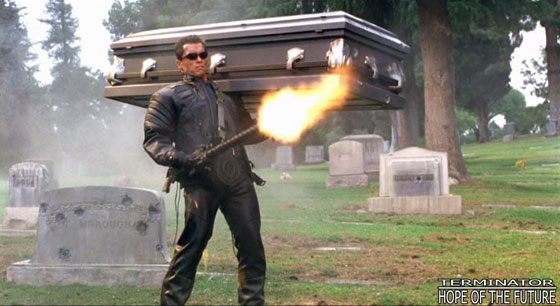 “Terminator 3” might be lacking the thematic heft of Cameron’s predecessors but working with a tight script, director Jonathan Mostow delivers one astonishing action sequence after another. In his last big role before becoming Governor of California, Schwarzenegger is simply superb.

So, too, is the story of Skynet coming alive, and the courage of conviction in the film’s final moment.

Set in 2014, the worst entry in the franchise centers on John Connor (Christain Bale) and his post-apocalyptic war with Skynet. Schwarzenegger makes a CGI cameo in one of the worst finales in action movie history. Rather than kill John Connor, Schwarzenegger’s T-800 just throws him around a lot. 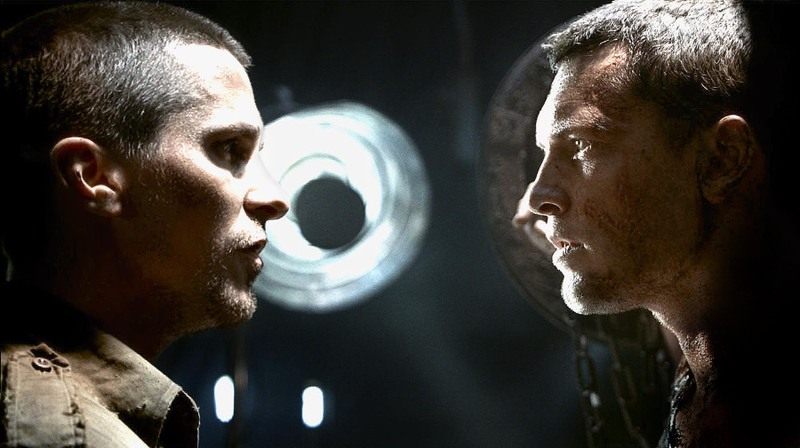 Other than the intriguing idea of setting its story in a post-Skynet world, and a couple of early well-staged action scenes with dinosaur-sized machines, director McG’s “Salvation” is one of the most disappointing action sequels in the history of ever.