COSTA MESA, CA – Political commentator and author Ann Coulter was signing copies of her new book Adios America: The Left’s Plan to Turn our Country into a Third World Hellhole at a Barnes and Noble Tuesday night when the calm was shattered by protesters inside the store.

As dozens of fans waited their turn to have a book signed, several people rose from the tables in the adjacent Starbucks and began bellowing slogans:

The protesters inside the store, unfurled a large banner reading “Adios, Ann Coulter,” and brandished Mexican and anarchist flags. Some approached the front of the line and attempted to confront Coulter, but were rebuffed by security guards. 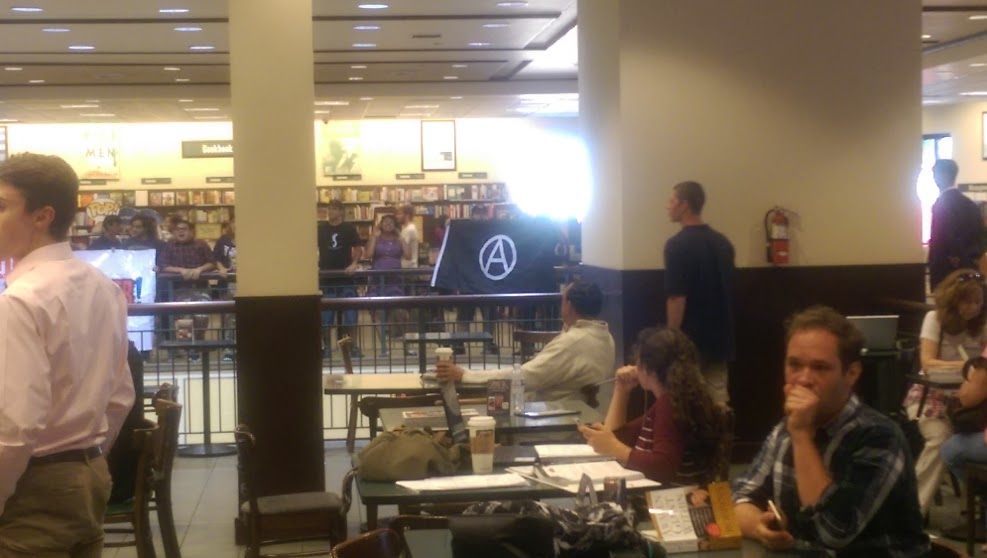 “Go back to Europe, Ann Coulter!” one particularly vocal man screamed. “When our communities are under attack, what do we do? Fight back!”

The guests waiting in line, including some young children, mostly ignored the protesters. Some defiantly held up copies of their signed books.

The furor did not seem to faze Coulter, who cheerfully signed books and posed for photographs with her fans.

After getting escorted out of the store by security, the protesters reconvened outside the entrance, shouting “Shame on you!” to those who walked out holding a copy of Coulter’s book. At one point, the group ripped up a copy of the book, littering the space outside the store with paper. 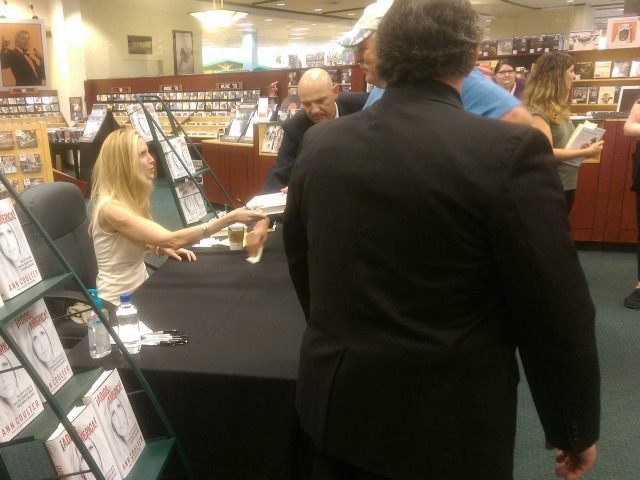 “You have to understand,” Coulter told Breitbart News, “screaming and defacing things is how Latin Americans express disagreement. At least as long as they were destroying books and screaming in a book store, they weren’t molesting any 4-year-olds.”

Coulter appeared on Fox News’ The Kelly File on Tuesday morning, where she discussed some of the more important points in her book.

“Immigration is a government policy like any other and it ought to be used to benefit the people already living here. That includes recent immigrants,” Coulter said. “There should not be any criminals coming in.”