Rusty Griswold is all growed up. Oddly enough, though, he’s no longer the cool, self-assured Anthony Michael Hall we met in 1983. He is now Ed Helms, a sweet-natured bumbler just like his dad Clark, the iconic character portrayed  by Chevy Chase over four films between 1983 and 1997.

By day Rusty is a pilot for EconoAir, a puddle-jumping domestic airline; by night he’s married to Debbie (Christina Applegate) and father to James (a sensitive teen who likes to journal his own poetry) and Kevin (an adolescent who hurls the F-word and bullies his older metrosexual brother).

As you might expect, the latest Griswold family also takes an annual vacation. After learning he’s the only one who doesn’t hate the rustic cabin he annually drags everyone to, Rusty reaches back to his childhood for a solution and decides a 2500 mile road trip to Walley World is just what the family doctor ordered.

The only possible good that can come from this wretched remake/sequel of a 1983 classic (written by John Hughes and directed by Harold Ramis) is a long overdue appreciation of just how blessed we were, for a couple of fleeting decades, with the under-appreciated genius of Hughes and Chase.

Helms is a talented comedian, he’s just miscast. The endearing paternal warmth Chase brought so effortlessly and effectively to the franchise has been replaced to disastrous effect by a thin but impenetrable coat of smug irony. Helms is always ON, always mugging, always transmitting to the world that he’s in on the hipster joke that the nuclear family is lame.

Throughout four films of varying quality, Chase never failed to make you believe that Clark Griswold desperately loved his family — that 14 years of nonsense, disasters, and humiliations were the result of a dad trying to be the best father and husband he could be. The naked beating heart of the series was sincere and why the franchise endures. The remake just can’t stop winking at the cool kids to reassure them that all this family-is-important bunk is part of the joke. 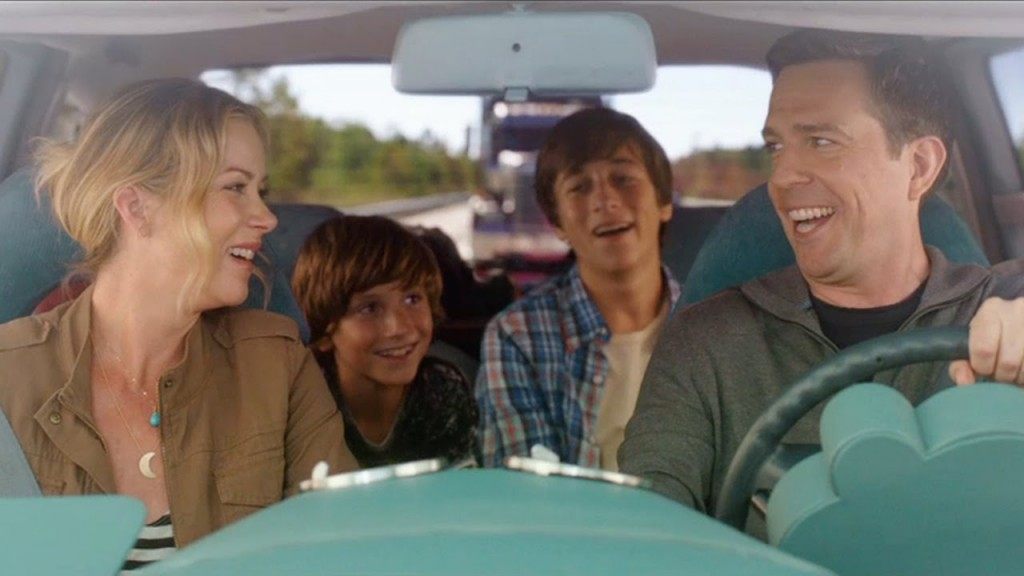 The original series had its crude moments, especially in the worst entry, 1985’s “European Vacation” (which looks like “Citizen Kane” compared to “Vacation”); this new chapter isn’t just crude, it is witlessly putrid and pointlessly disgusting. Gargling poop, projectile vomiting, sponges made of pubic hair… It is endless, and nowhere will you find the sometimes-brilliant slapstick or quotable dialogue that made the original franchise (especially the original and even better “Christmas Vacation”) so rewatchable.

Hughes and Chase never looked down on any part of the audience. Sure, tweaked us with insights, gently ribbed us, but never from a place of superiority. “Vacation’s” smugness isn’t insulting (we’d have to care), it’s obnoxious — almost as obnoxious as how often the filmmakers are forced to lean on the original theme song (Lindsey Buckingham’s “Holiday Road”) because they got nothing else.

Nothing, though, makes me want to punch “Vacation” in the face more than how it wastes our beloved Clark and Ellen. These characters have been a part of our cultural family for more than 30 years. But rather than give them and us a real moment, “Vacation” lazily exploits both. D’Angelo is hardly allowed to say a word. Chase is given two of the dumbest and most labored gags of his career.

For humanity and America, I have already wished “Vacation” into the cornfield.

It does not exist.