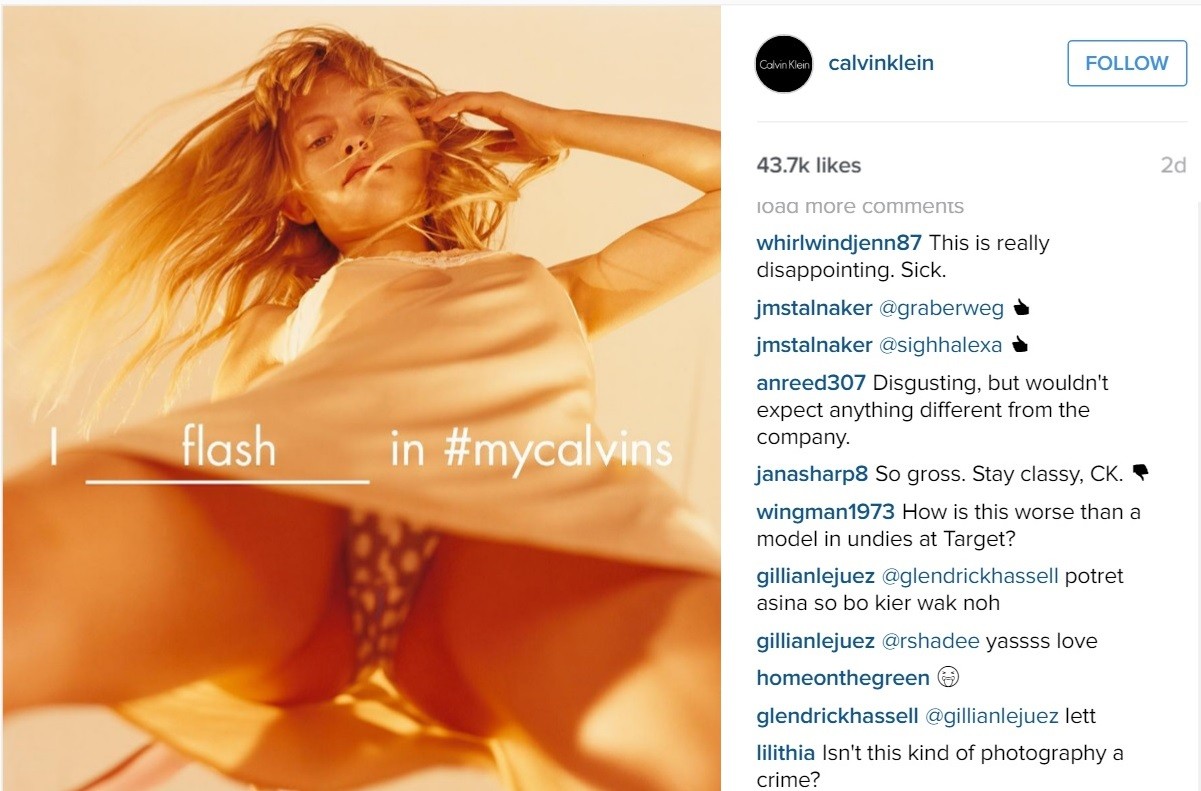 Several Twitter users argued that Kristin appeared to be underage in the photo, which would appeal to pedophiles.

“Exactly when did paedophiles become your target audience?” one Twitter user said. “This is so offensive to victims of molestation.”

@CalvinKlein https://t.co/oKZ7y8J1dj every pedophile a peek up a 12 year-olds skirt.Just wrong.

@CalvinKlein this ad is so wrong. You're pathetic if this is what you need to do to attract customers now..

@CalvinKlein wtf… did you seriously become so desperate that you had to go to the upskirt?

I get that @CalvinKlein likes to "go there", push the envelope and show too much skin but this is just creepy and too far. Not ok in my book

The ad campaign also features model Kendall Jenner holding a grapefruit with the caption, “I eat in #mycalvins.”

“Does that grapefruit remind you of a specific part of the female anatomy? (Hint: vagina.),” wrote Esquire’s Johnathan Evans.

Interestingly enough, Calvin Klein has been accused of potentially peddling in child pornography for decades.