The acquisition of U.S. movie theater chains and entertainment production companies by Chinese entities has continued to raise red flags in Congress, as one lawmaker petitioned the Department of Justice Thursday for closer scrutiny of the growing relationship between Beijing and Hollywood.

In a letter addressed to Assistant Attorney General for National Security John P. Carlin on Thursday, Rep. John Culberson (R-TX) asked the DOJ to review and update the Foreign Agents Registration Act (FARA) in response to a significant rise in Chinese investment in Hollywood.

In his letter, Culberson specifically cites the Chinese conglomerate Dalian Wanda’s acquisition of AMC Cinemas and Legendary Entertainment in the U.S. and its bid for Carmike Cinemas, along with Hunan TV’s investment in Lionsgate.

Wanda acquired Legendary — the studio behind such films as Jurassic World and Godzilla — for $3.5 billion in January, and purchased a majority stake in AMC in May 2012 for $2.6 billion in cash.

Culberson warned that the multi-billion dollar acquisitions “allow Chinese state-controlled companies a significant degree of control over the financing and content of American media that raises serious concerns about how this may be used for propaganda purposes.” 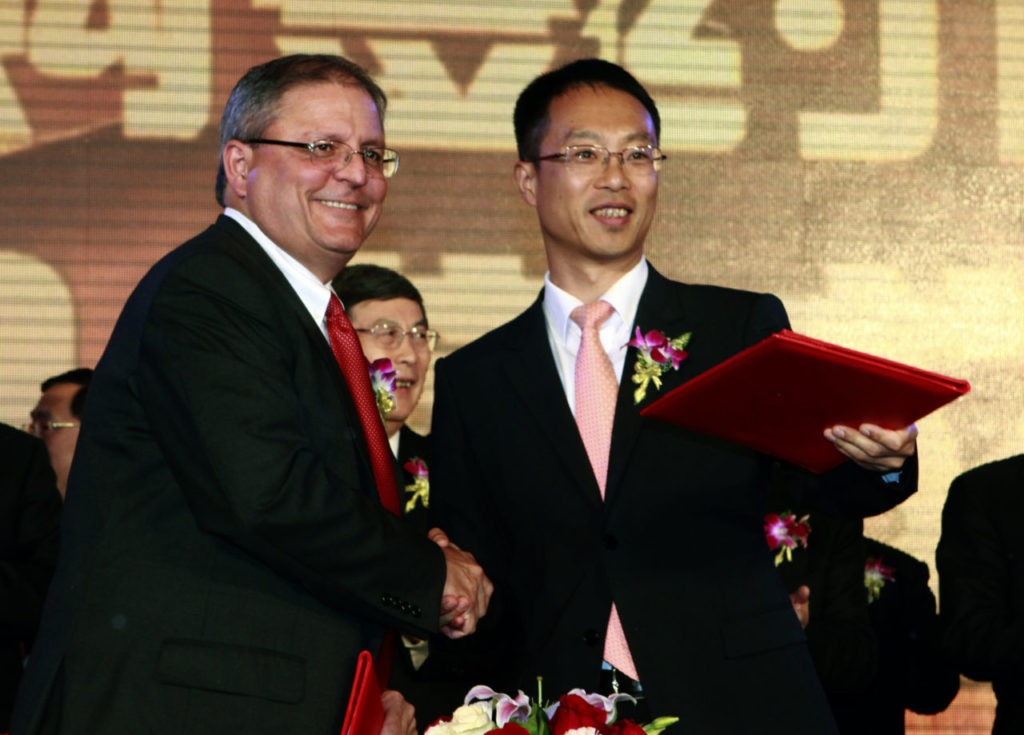 Culberson praised the DOJ in his letter for its warm reception of an Inspector General’s audit of FARA which was published in September. The report recommended 14 changes to FARA — which was first implemented in 1938 in response to fears of Soviet or Nazi propaganda infiltration in America — to bring the regulations up to date, after its last review in 1990.

The lawmaker also cited a report released by the U.S.-China Economic and Security Review Commission last October that found, according to Culberson, a number of “troubling examples of how agents of the Chinese Communist Party are exerting control of American movie content, both through direct ownership of studios and distribution as well as through coerced cooperation” with Chinese government censorship agencies.

Culberson went on to call attention to Wanda CEO Wang Jianlin, whom he says “does not try to hide his close relationship with the Chinese government.” The congressman said the DOJ would need to update FARA to address “new threats.”

“If, in fact, the law in its current form no longer effectively addresses these concerns, I urge you to provide legislative options Congress may consider to ensure transparency, full disclosure, and to mitigate this type of foreign propaganda influence over American media, which shapes not only the opinions of many within the U.S. but remains one of our biggest cultural exports to nations around the world,” Culberson concluded his letter.

The Texas lawmaker was one of 16 Congress members who last month asked the GAO to determine whether existing U.S. law had kept pace with rising foreign acquisitions in the U.S. and particularly in the entertainment industry. The lawmakers’ letter to the GAO had also cited Wanda’s purchase of AMC Theaters and Legendary Entertainment. The GAO agreed to review the Committee on Foreign Investment in the United States in response to the lawmakers’ petition.

Culberson’s letter comes after the Washington Post editorial board on Wednesday night questioned Wanda’s interest in a billion-dollar acquisition of the U.S.-based Dick Clark Productions, which produces awards shows including the Golden Globes and the American Music Awards.

“It is not far-fetched to assume that China would seek to spread pro-regime propaganda via ownership of U.S. entertainment media,” the paper’s editorial board wrote.