Kid Rock has released a line of pro-Donald Trump merchandise that has sent some offended social media users into a frenzy. 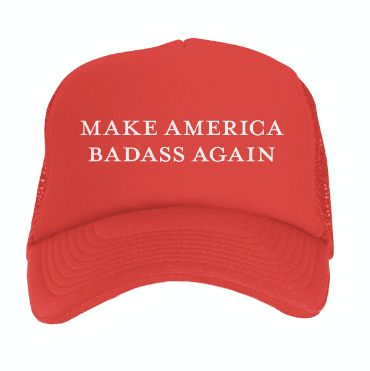 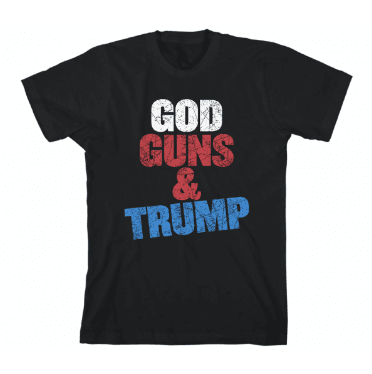 Due to overwhelming demand, we decided to go ahead and actually make this & other current event merch: https://t.co/7sQgqk0SLk pic.twitter.com/0PukiHvHCb

Another pro-Trump shirt from the singer’s store reads “_onald Trump,” with the sub-heading: “The ‘D’ is missing because it’s in every hater’s mouth.”

A note next to the items on the official Warner Bros. merchandise store includes a disclaimer citing “overwhelming demand” as the reason why they “actually made” the shirts. Posts featuring the singer in photoshopped pro-Trump t-shirts had gone viral on social media before the shirts were actually manufactured.

While some applauded the musician’s latest move, other weren’t as thrilled with the new merchandise.

“No longer a fan of yours…shoulda kept your politics quiet,” one Twitter user tweeted, while another called Kid Rock a “bigot.”

What a "D"ick you've become over the past couple of years. See ya.

I lost all respect.

I was never a fan until now! You sir, are the shit! I want that shirt

One user even wished Kid Rock would play at President-elect Trump’s inauguration:

I wish you would sing at @realDonaldTrump inauguration. You embody patriotism and that's what elect him.

Kid Rock remained silent for most of the presidential campaign, but did deliver a resounding endorsement of Trump earlier this year.

“My feeling: Let the motherf*cking business guy run it like a f*cking business,” he said of Trump in an interview with Rolling Stone. “I’m digging Trump. I feel like a lot of people, whether you’re a Democrat or a Republican, feel like if you get Hillary or Bernie, or you get Rubio or Cruz or whoever, there’s going to be the same sh*t.”