Miley Cyrus wants people to know that what they hear from the pop superstar is what she really feels.

In an interview with Ross King on ITV’s U.K. show Lorraine, Cyrus explains how she doesn’t allow herself to have boundaries, and how no one category or label can define who she truly is as a person.

“I think I’m weird because I feel like everything and nothing all at once. I think I feel genderless, I feel ageless,” she said. “I’m just a spirit soul — not even divided by human being or I treat the animals the same or hopefully treat the planet with as much respect as possible.”

The 24-year-old “Wrecking Ball” singer — who described herself as “pansexual” in a prior interview — said last month that she has matured beyond her “Dead Petz phase,” a reference to her 2015 album, Miley Cyrus and Her Dead Petz, for which Cyrus toured and sang on stage while wearing a unicorn outfit and a fake penis.

Cyrus also recently told Billboard that she quit smoking marijuana in preparation for the release of her latest album, which is currently untitled and is due out later this year.

The child star-turned-global celebrity went door-to-door for Democrat Hillary Clinton during the election, but congratulated Donald Trump on his unprecedented victory an a viral Facebook video. 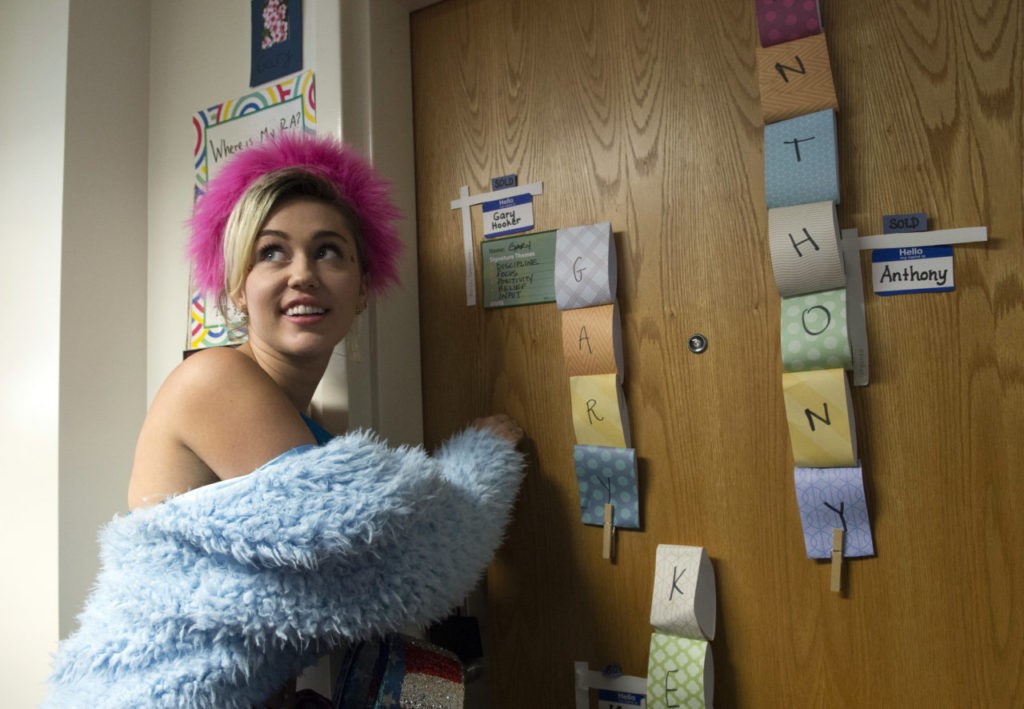 “Donald Trump, I accept you,” she said, “and this hurts to say, but I even accept you as the president of the United States, and that’s fine … because I think now I want to be hopeful.”

“PS D&G, I STRONGLY disagree with your politics,” Cyrus wrote on Instagram in a post congratulating her brother, who had just modeled in Dolce & Gabbana’s Spring 2018 Menswear runway show.

Gabbana fired back at the “Malibu” singer, writing, “We are Italian and we don’t care about politics and mostly neither about the American one! We make dresses and if you think about doing politics with a post it’s simply ignorant. We don’t need your posts or comments so next time please ignore us!!”