Rep. Grace Meng (D-NY) condemned Hollywood for “putting up barriers for Asian American performers” after Hawaii Five-0 stars Daniel Dae Kim and Grace Park reportedly left the long-running CBS show over a salary dispute with the network, after the pair were allegedly offered less money than their white co-stars.

“Asian Americans already face many issues in Hollywood, including typecasting and whitewashing,” Meng said in a statement published Thursday. “The entertainment industry continues to struggle with accurately portraying Asian American stories and including diverse characters. Not paying artists fairly further increases these problems by putting up barriers for Asian American performers to break through in the industry.”

According to Variety, Park and Kim left the popular crime drama after failing to secure pay equality with stars Alex O’Loughlin and Scott Caan in their new contract during negations with CBS Television Studios. 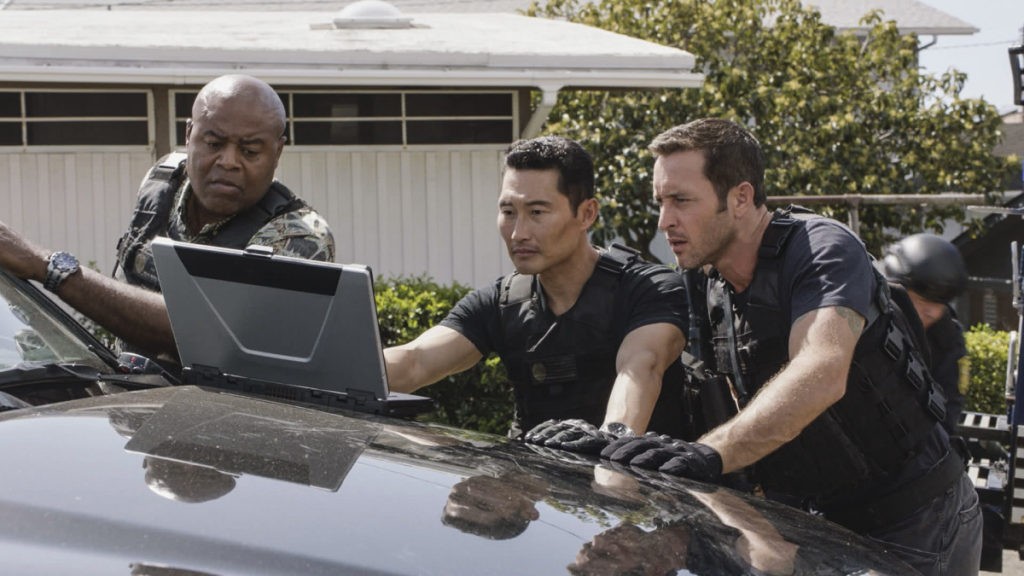 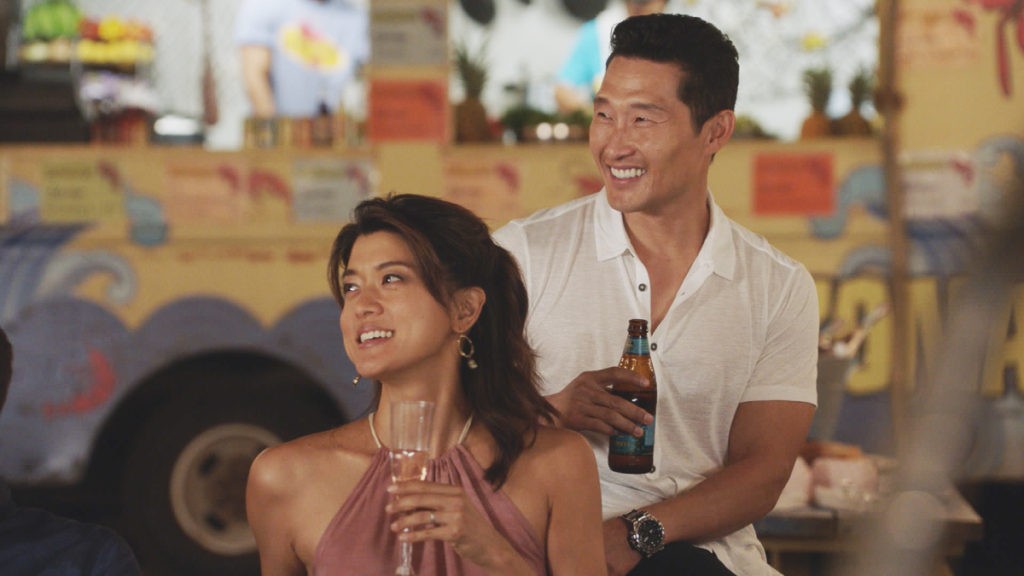 “I call upon Hollywood studios and producers to address pay inequity, offensive stereotypes, and lack of Asian American representation on and off screen,” Rep. Meng said.

Executive producer Peter Lenkov expressed gratitude to Park and Kim as did CBS via a network spokesman, who expressed appreciation for “Daniel and Grace’s enormous talents, professional excellence and the aloha spirit they brought to each and every one of our 168 episodes.”

Kim wrote a lengthy letter to his fans, thanking them and CBS for the opportunity to play Chin Ho Kelly alongside O’Loughlin and Caan since the rebooted version of the classic buddy cop show debuted in 2010. Kim never mentions the reported pay dispute with CBS but does write that “the path to equality is rarely easy.” 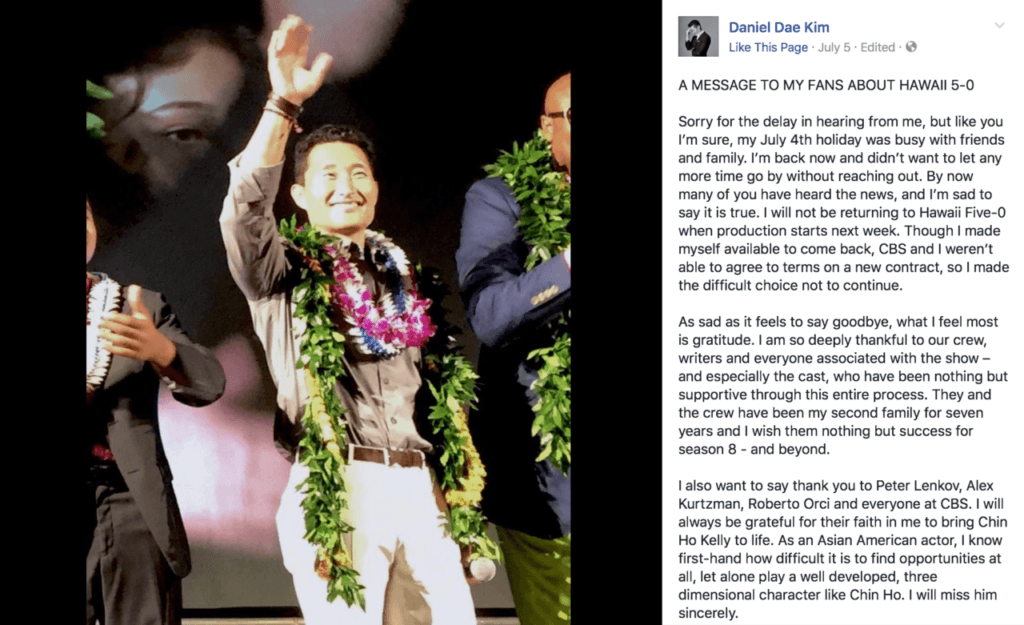 The news comes nearly a year after former CBS’ chief executive Glenn Geller acknowledged that the network needed to “do better” in terms of diversity.

“I’m really glad this question came up first because we’re very mindful at CBS of the importance of diversity and inclusion,” Geller told reporters at the Television Critics Association press tour in Beverly Hills last year. “We need to do better and we know it. That’s really it, we need to do better. In terms of leads we are definitely less diverse this year than last year, and like I said we need to do better.”

Season 8 of Hawaii Five-0 will reportedly begin shooting next week in Hawaii.